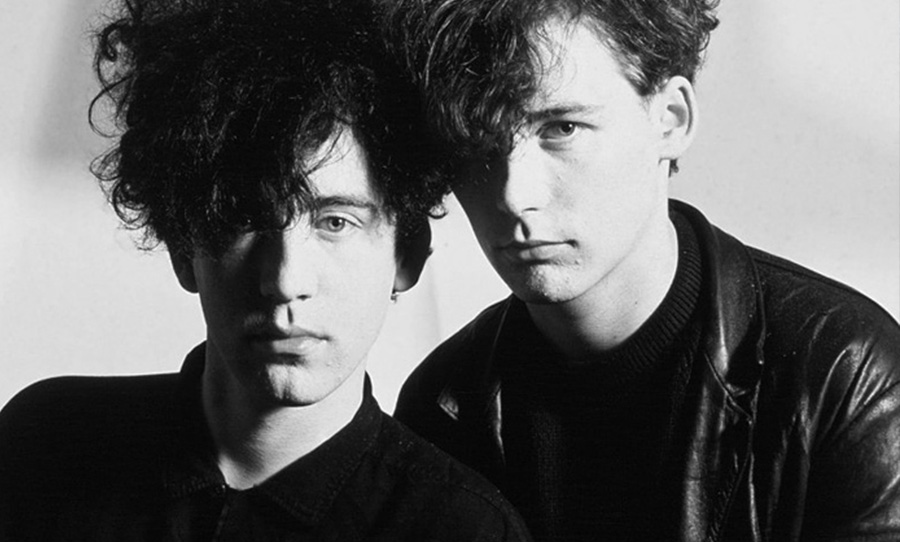 More than 30 years on from the release of The Jesus and Mary Chain’s Psychocandy, we delve into the recording choices which defined the Scottish cult heroes’ sound.

Cast against the backdrop of a conservatively regressive political climate, Psychocandy’s amalgamation of melody and extreme noise bucked against prevailing notions of popular taste. Paired with churning feedback, its bubblegum teen angst represented a much-needed rebuke to the hollowness of mid-80s pop, the stagnancy of rock, and the unambitious post-punk landscape. The Jesus and Mary Chain’s debut, Psychocandy, was the wake-up call for a generation of artists and fans.

But it wasn’t just a ticket to Top 40 success. For Jim and William Reid it was a form of sonic escapism. Melding their disparate reverence of 60s girl groups, classic rock and Einstürzende Neubauten, the Scottish brothers from East Kilbride boldly sought to correct contemporary popular culture’s failure to provide an escape from their bleak suburban existence. An eruption of noise-pop underscored by punk idealism, Psychocandy cemented the Reid brother’s place in music canon, elevating them from relative obscurity into a worldwide phenomenon. Psychocandy was completed in six weeks on a modest budget of £17,000. Within their North London studio, the group took an almost perfectionist approach, a far cry from the drug-fuelled excess of their notorious live shows. “At the time, we made that album totally sober” bassist Douglas Hart told The Quietus in 2011. “We used to put a lot of this mad, drunken energy into the gigs with this pent-up anger that was kind of a, ‘If we don’t do this, we’re gonna die’ attitude. So when it came to make the record, we were very conscientious and not drinking and not getting wasted.”

“We weren’t aiming for a record that comes out in 1985 and then be forgotten in 1990” Adams revealed in the same interview. “We wanted to make a record that, if you heard it 25 years later, it wouldn’t sound like a 25-year-old record. And if it appealed to little spotty anoraks in their bedrooms like we were, that was good enough for us.”

Few could deny that the group have achieved their goal. Of all JAMC’s recorded works; few come close to their captivating and influential debut. So great was the demand for their classic material the quarrelsome brothers reunited to tour in 2015, playing the album in its entirety. While it might be all but impossible to pour over every minute of the group’s production, here are five key elements which shaped the group’s distinctive debut.

The first essential element was a sympathetic engineer to refine and capture the group’s imagined sound on tape. While finding the right person was not a strictly technical detail per se it was something that allowed the group’s creativity and studio experimentation to flourish. The turbulent lead-up to Pyschocandy was fuelled by an underlying resistance to the strictures studio orthodoxy. Early recording sessions proved abortive, with Personal disagreements with sound technicians and repeated changes in the studio continuing to stalled any progress on the album. The group were critical of the traditional values of the recordists they encountered, and wanted it done their way.

“They look at you totally horrified when you drop your guitar on the floor or shake it in front of the amp and say ‘That’s your guitar sound,’” Jim lamented to Sounds’ Sandy Robertson in February 1985. “If you leave a beer can on top of their precious mixing desk they go mental… They moan ’cause my guitar’s not in tune, but it doesn’t have to be in tune for what we do! We’re totally professional, we’ve got a good attitude. The ‘Who gives a fuck?’ attitude… We’ve got to get a producer who understands what we do, that if we drop a guitar we mean it… if we make a record with feedback then the feedback’s gotta be perfect.”

Acting on the advice of Rough Trade Records’ Geoff Travis, the group relocated to engineer John Loder’s Southern Studios in North London. The recording space was far from an established studio at the time, but Loder’s DIY operation was building a reputation through the patronage of prominent punk outfits like CRASS. Another testament to its underground connection, the space was concurrently being used by Ministry in between Pyschocandy sessions.

Commencing work on March 30, 1985, the group quickly hit it off with their fiercely independent engineer and were given given free reign within the converted living room. Loder’s studio presence was elusive, but readily on hand via intercom when the group needed his expertise. Whenever he did get involved however, he was credited with pushing the group to the extremes of sonic experimentation- helping develop the noisy and chaotic sound palette which can be appreciated almost instantly on the album.

In hindsight, there can be little question that Loder’s hands-off philosophy paid dividends. “We had the sound in our heads and he tried to find a way to get that on tape,” Reid beamed to his Quietus interviewer in 2011. “He did everything he could to help us get that sound.”

The lo-fi environment of the studio also helped sculpt the aural identity: thin, trebly and drowned in reverb. In another conversation with Stereogum in 2015 Ried described the space as “very basic.” However, this was something that worked to the group’s advantage. “It was a strange setup but it was quite magical and it worked,” he concluded.

Psychocandy’s use of echo, reverb and microphone placement captured one of the album’s most distinctive features: the sense of distance, austerity and its cavernous feel. Atypical of the close miking recording practices of the day; instrumental parts were recorded at a distance. The one exception is Jim’s vocals, which were close-miked, albeit generously treated to echo and often buried further within the mix.

This constellation of production techniques was informed by the group’s attempt to recreate the feel of the dense mono mixes of Phil Spector’s classic singles as well as the producer’s “wall of sound” recording formula. Dry recordings tend to sit closely at the centre of the mix while effects-laden doublings are panned expansively. This said the precise formula is toyed with from track to track.

What would a JAMC album be without feedback?

Feedback is created when two magnetic pickups (typically a microphone and speaker) feed each other the same signal. Typically a distasteful studio hiccup, deliberate use of feedback in pop music gained widespread popularity during the ’60s but had again fallen out of favour within the clinical studio productions of the mid-80s. The Jesus and Mary Chain’s revival of feedback proved to be a highly distinctive creative choice at the time of Psychocandy’s release.

As on subsequent albums, Pyschodcandy showcases the Reids’ proclivity for high-frequency sonic detritus. Feedback on the album was created through manipulation of their guitar vibrato systems, toggle switches, and physical proximity between the guitarist’s and their amps – these feedback swells feature on every track.

A distinctive application of the effect can be seen at the end of some of their songs; collapse into a cacophonous crash of feedback before fading to silence in an unconventional but mindblowing outro.

Despite Jim and Will’s guitar playing being far from virtuosic, their raw and untutored fretwork represents some of the most definitive guitar work of the 1980s. The pair most likely performed their material using semi-acoustic Gretsch models that they were fond of. These hollow-bodied guitars’ are well-suited for generating feedback, especially when paired with the groups’ favoured Fender Twin Reverb amps and (allegedly broken) ‘70s Shin-Ei Fuzz Wah pedal. “[The pedals] did most of the work themselves,” Reid stated in typical blasé fashion to Rolling Stone last year. “You just plugged them in, and they started screeching like you wouldn’t believe. That was the sound.”

The brother’s abrasive soundscaping was more than a simple matter of overdriving their amps though. “Good guitar sound comes from tone, not volume” Jim Reid iterated in a Guitar Player interview in 1992. The comments serve as a reminder that unlike their maximalist approach to effects, The Jesus and Mary Chain also achieved the sound of Psychocandy by favouring texture over blistering volume.

Getting a good sound isn’t always about having the most expensive equipment. “On loan” from his nascent project Primal Scream, Bobby Gillespie was a key figure in the group’s formative period. The Glaswegian not only aligned the group with Creation Records in 1984 but also helped steer their industrially noise laden aesthetic with his own idiosyncratic percussion. “I wasn’t trying to be Moe Tucker [of the Velvet Underground], I could only play two drums,” Gillespie recollected to author Paula Meja in an interview for her 33 1/3 Series novella on the album.

Gillespie’s untutored playing style was facilitated by a two-piece kit comprised of a floor and snare tom. If the occasionally self-mythologising Gillespie is to be believed, two disused trash cans were substituted for a more conventional kit. “He was the worst and the best all rolled into one,” Jim reflected in a 1998 interview with Melody Maker. “But we didn’t need a drummer, we needed someone to stand up and bash out a fucking motherfuckin’ beat! Bobby was in his element.”

In all, Psychocandy’s inventive and exciting approach to sound makes it a staple of the evolution of noise rock and shoegaze, and will be recognised as such for many years to come.