Choosing the right Telecaster can be tricky, so we’ve read the history books and compiled a list of legendary examples to help you find one that’s perfect for you.

The Telecaster is the founding father of Fender’s guitar legacy. The guitar was born from the genius of Leo Fender and through the years, has gone through multiple configurations.

This guide will help you choose the right Telecaster for you by taking a look at the history of this famous axe, as well as its most notable exponents. No matter what genre you’re working in, the Tele is always up for the challenge. 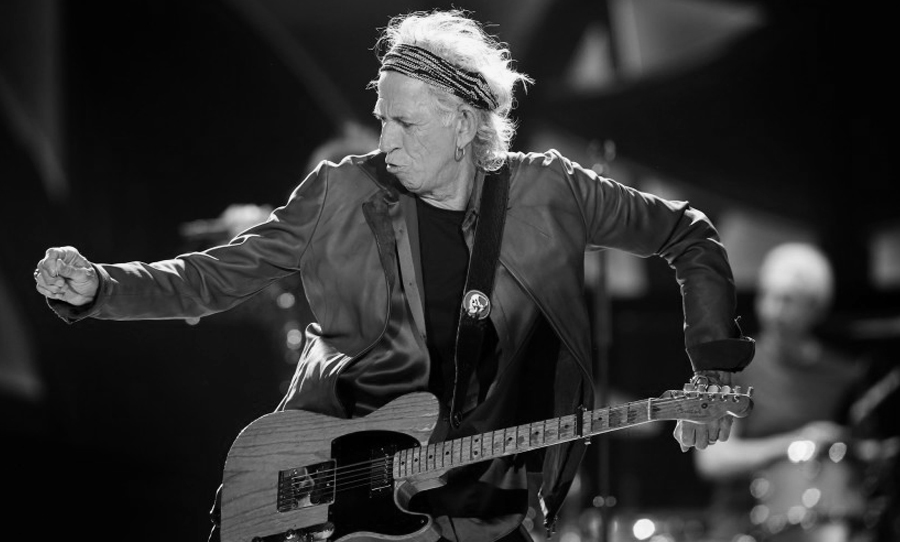 The origins of the Fender Telecaster

Since the early ’50s, the Fender Telecaster has proven itself to be one of the iconic guitar designs. Emerging out of building Hawaiian style lap steels, Leo Fender wanted to try producing a solid body electric guitar. Amazingly, the first mass-produced solid-body guitar hasn’t really changed across 70 years.

Gibson was already building hollow body electric Spanish style guitars (the ES series), but Leo Fender wanted to design a solid-body Spanish style guitar. The first prototype was made in 1949, and of course, it wasn’t called the Telecaster.  Instead, it was named the ‘Esquire’: it featured one pickup, a 25½-inch scale length, a bolt-on neck, volume and tone controls, symmetrical 3-a-side headstock, and a chrome-covered bridge.

Some of these features would be transformed by the time Fender started mass-producing their guitar in 1950. The headstock changed to an asymmetrical 6-in-a-line style, the bridge would be covered by a removable ‘ashtray’, a pickup selector switch and control plate were added, and ash replaced pine as the wood used for the guitar body.

If you wanted, you could actually order an Esquire with a neck pickup for an extra $15. As the legendary guitarist G.E Smith explains below:

In the Autumn of 1950, Fender introduced the Broadcaster, a two-pickup version of the Esquire. The main difference is that now the electric guitars include an adjustable truss rod and steel saddles rather than brass (minus some early ones). There is a range of estimates on how many of these were made, ranging from fifty to five hundred.

We do know the Broadcaster was only made up until March 1951, as Gretsch was already producing a drum-kit named the Broadcaster and asked Fender to change the name. From March to September of 1951, Leo Fender kept building guitars, opting to omit the name from the headstock, which earned these guitars the ‘Nocaster’ nickname. The Esquire came back into production in 1951 with the addition of an adjustable truss rod.

Keith Richards famously modded his ‘50s Telecaster by replacing the stock neck pickup with a P.A.F humbucker. The P.A.F pickup was Gibson’s top of the line humbucker model made from 1956-1962 and added some extra bite to Keith’s guitar.

Despite the fact the Fender is well known for traditionally using single-coils, humbuckers would eventually be included on a variety of future models. Aside from some tonal advantages, humbuckers also cut out the mains hum that occurs when using single-coil pickups, making them especially versatile in the studio.

In 1959 the Custom Telecaster and Custom Esquire were launched. These shipped with a rosewood fingerboard, sunburst finish, and double cream binding around the body. By now Gibson was already producing Les Paul Customs, so the Custom Tele was seen as Fender’s response, a higher cost, classier version of the standard Telecaster.

But in 1965 things changed dramatically. Leo sold Fender to CBS and the consensus is that this is when the quality of Fender guitars started to go downhill. Nowadays, the pre-CBS era guitars are much more highly regarded, sought after, and expensive. The most notable positive change, however, is that in 1967 the Telecaster pickup controls moved to the configuration we use now, bridge, bridge/neck, neck.

Rock and Telecasters have gone together like bacon and eggs. ‘The Boss’ himself Bruce Springsteen isn’t caught dead without a beautiful Telecaster Standard strapped around his neck. The first from Fender and has endured every stylistic change in rock, from the ’50s to today. It was the model that birthed the company and would go onto influence the design for the Precision Bass and the Stratocaster.

Other notable players of this model include Jeff Buckley and John Mayer who both took the Standard into the singer-songwriter realm. Similarly, legends like Keith Richards and Jimmy Page have famously sported the Standard from the ’60s onwards.

Above all, the Telecaster Standard is the everyman’s Tele. It covers a lot of ground due to its classic tone and versatility within the expanse of the rock genre.

When talking about Teles the next thought after rock ‘n’ roll is country music. The Telecaster plays an equally large (if not larger) role in the world of country music. Many big-name country-pop idols like Brad Paisley and Kenney Chesney are fiends for a classic Telecaster Standard.

Paisley even boasts his own signature model with a custom-wound ’64 Tele bridge pickup for extra western flair. In fact, the idea of modding a Tele is no foreign concept in the world of the country with many players opting for different body woods and pickup modifications.

Even though the Tele Standard is still the go-to choice for country players, Fender’s Thinline Model is what serves up a truly unique country tone. Esteemed artists like James Burton of (Elvis Presley fame) and Jimmy Buffet, favour Telecaster Thinline models. The Thinline is a hollow body variant of the Tele with the same ash body as the Standard. This lightweight version offers a more warm and resonant Tele tone.

Keith Urban is another artist that is known to add another Tele type to the mix, with his Cabronita Telecaster. The name ‘Cabronita’ itself loosely translates to ‘bastard’ from Spanish and perfectly captures its tonal character.

The axe’s Filter-Tron style pickups are responsible for the Cabronita’s unique mid-range response. It features a hard-tail, string-through-body bridge that gives it the feel and response of a Tele Deluxe or Custom rather than the original ashtray-style Tele bridge.

For better or for worse, country music is married to the Telecaster’s unmistakable twangy tone. If you’re a country nut at heart then there’s nothing wrong with a classic Telecaster Standard. Alternatively, the hollow body variants give you more versatility for the world of modern country.

After dominating the worlds of rock and country the Telecaster was more than ready to storm the gates of Metal and Punk. In the late 1960s, the increased popularity of heavy rock meant that the Telecaster’s single coils couldn’t match the thick sound and extended sustain of humbucking pickups. As a result, the Telecaster Deluxe was born.

The Deluxe was a Tele variant with two humbuckers, a thicker solid body with two-tone and volume controls. The design mimicked that of Gibson Les Paul and included a Stratocaster headstock. Famous players included Joe Trohman from Fall Out Boy who played the model religiously throughout the band’s extensive pop-punk career.

Jim Root of Slipknot is the guitarist who is renowned for defining the Tele as a heavy guitar. Jim Root’s go-to guitar is a HH Telecaster, specifically his signature model. Moving into the home of the heavy meant that the Tele had to undergo a dramatic change and with this came the age of Fender’s HH humbucker models.

Jim Root’s signature guitar features a pair of EMG active humbucking pickups that are responsible for his brutal metal tone. The HH variation would also go on to be used in models like the Jazzmaster and Stratocaster also.

Beyond twangy licks and brutal riffs, the Telecaster also knows how to keep it smooth. Prince was the king of funk and his Tele of choice was the Hohner Madcat. This leopard print funk machine was a Japanse knockoff of a Tele Standard.

The Madcat had all the same features as a Standard but included a maple body instead of ash or alder. The proximity of the bridge pickup to the bridge itself produced a unique tone that had the perfect honk for funk. This coincidence caused Prince to fall in love with it and it can be heard all over hits like 1999 and Purple Rain.

On the more soulful side of funk, artists like Steve Cropper of Otis Redding‘s band used the Telecaster to add a dash of attitude to the Soul music of the ’70s. His playing can be heard on the iconic opening riff of Sam and Dave’s Soul Man played with his trusty 1963 Telecaster Custom. Cropper was also known to have spotted with an Esquire.

In the Jazz world, cats like Joe Pass, Barney Kessel, Herb Ellis and even the great Les Paul himself were been spotted with Telecasters! In recent times, virtuoso Julian Lage delivers his fretboard wizardry on a ’54 Blackguard. Lage’s piece is fairly stock save for its finish, which has been redone a couple of times. Lage has even been spotted with various other styles with soapbars, gold-foil and even a humbucker in the neck position.

By looking at the development of the Telecaster through the years, it’s easy to see that certain genres favour certain models. Although this isn’t to say you should stay inside your lane. Modification plays an important role in the history of Telecasters, so experimentation is key for finding the Tele that resonates with you.