Lollapalooza 2018 will be taking place in Chicago this week, kicking off on Thursday (local time) and running through to Sunday. The festival has just announced that you will be able to livestream a bunch of sets from the likes of Arctic Monkeys, Vampire Weekend, Jack White and Chvrches.

What are you doing this weekend? Why not livestream some sets from the likes of Arctic Monkeys, Vampire Weekend, Jack White and Chvrches at Lollapalooza 2018.

Along with extensive coverage from the festival, this year’s stream will also feature a VR180 “exclusive virtual reality experience” on the Red Bull YouTube channel, that promises to “virtually transport fans from anywhere, in real time to the front row at Lollapalooza.”

You can catch all the action from the festival here, and see the current lineup of artists being streamed below. 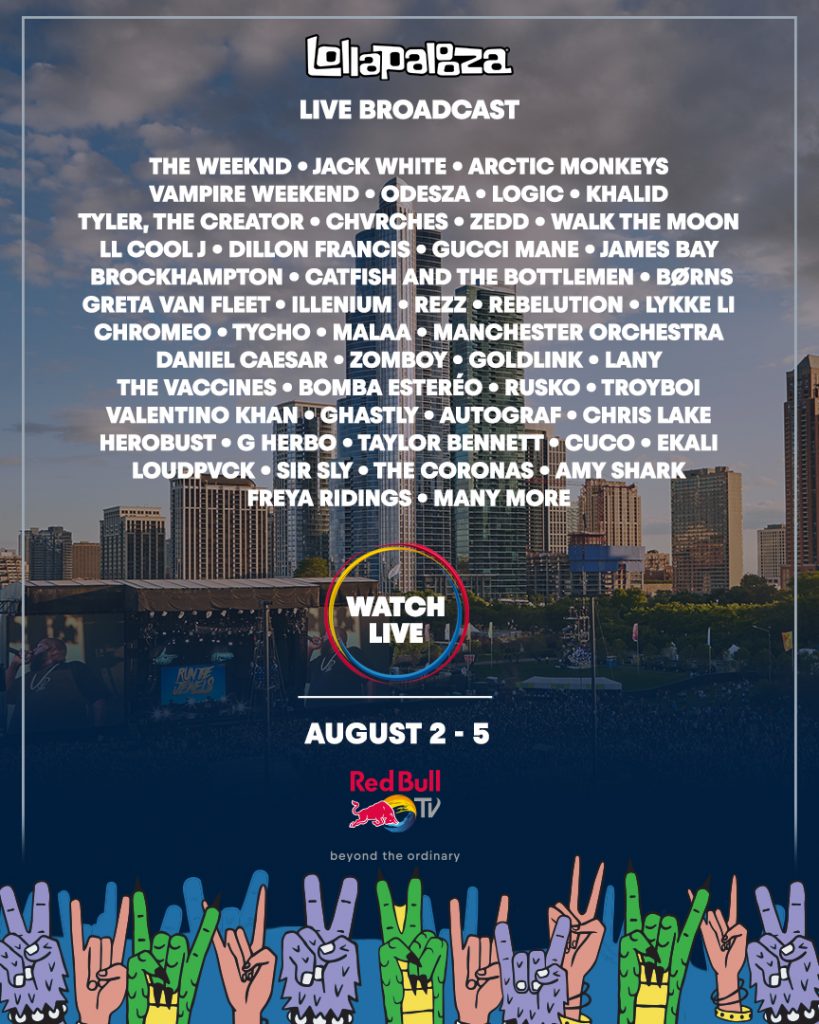