Innovation in music is treated as serious business. There’s a romance to it, an implication that a moment of inspiration will dictate the output of subsequent artists, songs, and pieces. It’s a momentous and painfully unfunny phenomenon often attributed to the big-hitters of the classical age. But, while this certainly exists, the reality in many cases has often been the extension of an absurd – and ultimately silly – idea. Some of the characteristics that qualify a piece of music as interesting, unique, or complex, originated from nothing more than a simple joke.

Much of humour’s potency hinges upon its ability to poke at the boundaries of convention. It relies upon the element of surprise, often playing with unusual, abnormal or unexpected concepts. In a musical sense, this equates to an idea so incongruous with common practice that it can’t be taken seriously. While the result of this is initially hilarious, it also challenges the understanding of what music actually is. After a while, these ideas develop into respected techniques that yield profound admiration, decades down the line. We tend to herald the musical innovators of years gone by as serious, forward-thinking trailblazers. But often their ideas originated as absurdist humour: nothing more than their equivalent of musical memes.

Even the most revered names in classical composition have utilised humour and absurdity in their music. Mozart wrote A Musical Joke, a piece that broke every possible rule of 18th-century composition. It employed scales and harmonic techniques that were largely foreign to the classical era. This included polytonality, wherein multiple instruments play in different keys to create a jarring and unsettling dissonance.

A Musical Joke is one of the earliest recorded examples of polytonality, and it succeeded to great effect as a piece of comedy at the time.

Mozart would readily admit that he spread the polytonal stuff pretty thick for that piece. Eventually, however, polytonality resurfaced as a legitimate tool for composers of the early 1900s, albeit in a more delicate way.

Igor Stravinsky was one of the most prominent figures in refining this sound. Stravinsky was responsible for the Petrushka chord, a hideous combination of notes from separate keys. When used in the right way, however, it became a powerful device for adding tension and drama to his compositions. Innovations such as this led to further experimentation and eventually characterised the musical style of that era.

Stravinsky’s music is a demonstration of how a joke slowly evolves into something that genuinely resonates with listeners. The musical styles that preceded him had begun to grow stale and required a push into new territory. We could probably imagine the reaction from the music buffs of Mozart’s time if we told them the Petrushka chord and polytonality went from punchlines to glowing beacons of musical expression. Admittedly, Stravinsky likely wasn’t trying to draw a chuckle from his listeners, but successive composers have built careers traversing the fine line between seriousness and absurdity.

John Cage, venerated as a pioneer of experimental composition, was intimately familiar with this line. His most well-known piece is the controversial 4’33”, which instructs its performers to not play their instruments – at all. The central idea was that any sound may constitute music, encouraging the listener to pay attention to the ambient noise of the surrounding environment. This essentially makes each performance of 4’33” infinitely different to the last, without a single note ever being intentionally played.

It’s completely reasonable to label much of Cage’s music as deliberately inaccessible and pretentious. On the contrary, however, he actually took his pieces much less seriously than his audience did. In his autobiography, composer and friend Paul Bowles wrote that Cage frequently broke into hysterics upon hearing his own music. This is an overlooked but important facet of Cage’s legacy; a level of self-awareness. Audiences would attend concerts and make sincere attempts to decipher Cage’s work, all the while unaware of their light-hearted conception.

This disconnect with the audience would have excited Cage. In a 1985 interview, he exclaimed “I’m an anarchist. I don’t know whether the adjective is pure and simple, or philosophical, or what, but I don’t like government! And I don’t like institutions!”

Cage’s music challenged the social etiquette of modern concerts and exploited the audience’s heightened anticipation in the setting of a prestigious concert hall. There’s a layer of irony in Cage’s work, and he found joy in treating serious domains with a tongue-in-cheek irreverence.

Anarchy has become a common theme for many revolutionary musicians. It ties in closely with absurdism as a means of undermining established ideas, often with an explicit goal to satirise musical conventions, or to completely avoid them. Frank Zappa and Björk are well-known modern examples, as well as countless members of the punk and no-wave spheres. Sonic Youth, Throbbing Gristle, Suicide; few could deny the influence that these artists have had in fusing experimentation with the popular genres of rock and pop. More importantly though, their success demonstrated a stark shift in the reception of purposefully dissonant and ugly music.

Moving even further into modern territory, we now see the idea of musical absurdism expressed in meme form. Memes have characterised the humour of this generation in all their absurd, inaccessible, and unaesthetic glory. We’ve all seen videos with titles like these: All Star but it’s played on a thicc cat, All Star but it’s Disney’s ‘Frozen’, All Star but the vocals are pitched down a semitone. Not to compare the genius of a simple meme to Mozart, but that last one is just an exaggerated example of polytonality (essentially making A Musical Joke a certified 18th-century shitpost).

There are innumerable examples of this kind of content in the online sphere. This is largely a result of the fact that shitposts and memes can be created by basically anyone. Musicians, for instance, can spread the most absurd tropes of their craft to anyone with a stable internet connection. Eventually, tropes like this become a genuine source of inspiration; quarter-tone modulations; unintelligible rhythm structures; plus polytonal and microtonal harmony, just to scratch the surface.

We should therefore expect an influx of musicians repurposing current musical memes, similar to the way that polytonality became commonplace after Mozart’s era. Bands like King Gizzard and the Lizard Wizard, Black Midi, and Tropical Fuck Storm have already set the wheels in motion – it’s really anyone’s guess as to where things will go next. What is important is that these ideas are born more out of absurdity than seriousness.

To its detriment, music can be taken a little too seriously at times. Historically, it has often been the evolution of a joke that has altered its trajectory, rather than a spontaneous stroke of genius. The combination of humour (and of course, technical ability) has resulted in some of the most revolutionary and influential music ever written. And, in the modern world of absurdist meme-ery, there is no shortage of inspiration for the musical innovators of the near future. 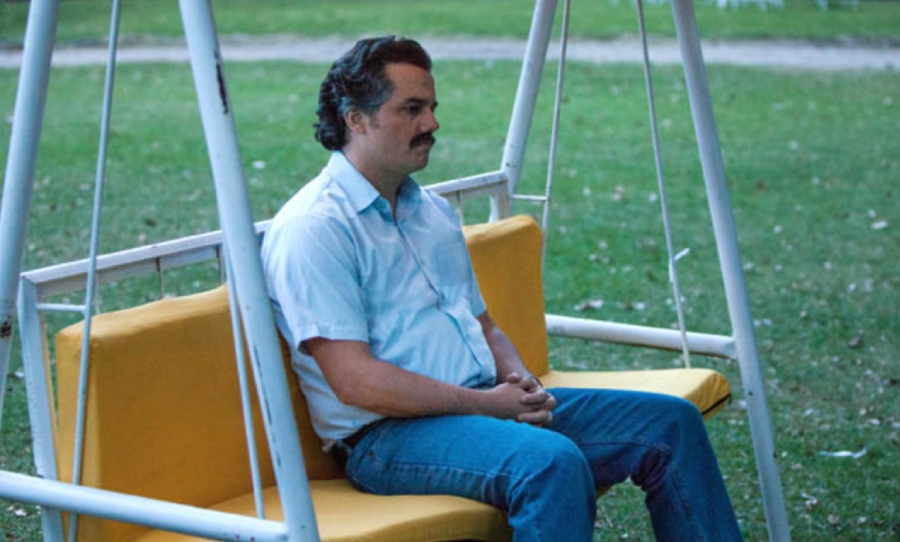 A brief inquiry into the popularity of the waiting meme