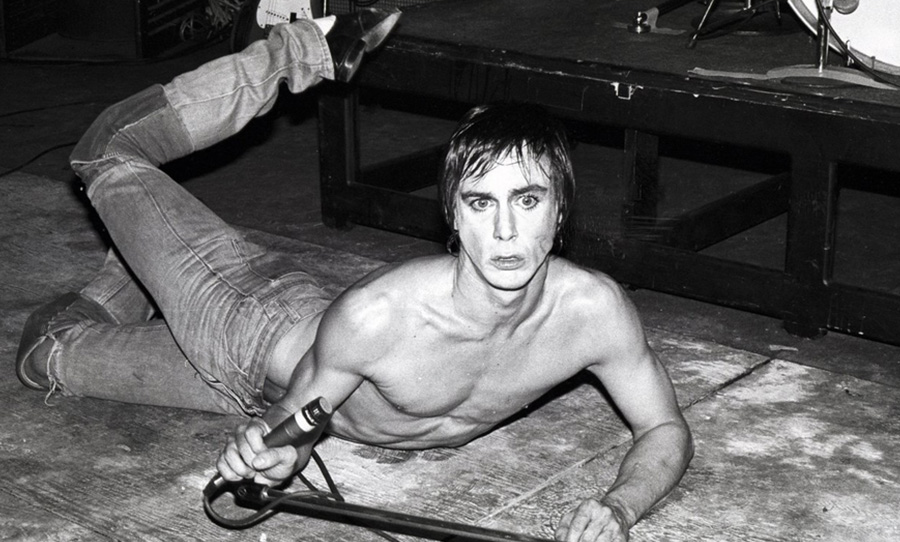 Punk! is a new documentary series that takes us through an anecdotal history of the genre that worked against the social grain and shifted the paradigms of culture and art in music forever. And it’s co-produced by Iggy Pop.

From its origins in Detroit in the late 60s, to the New York art scene of the 70s, to the UK invasion of America, to the DC hardcore scene of the 80s, to the fringes of grunge in the 9os; Punk! takes us through a chronological recount of the anarchic genre that disrupted the world. The TV series is streaming now on SBS VICELAND.

A new four-part mini-series, Punk!, is streaming on SBS VICELAND and it’s co-produced by none other than Iggy Pop, the true godfather of punk.

In all honesty, when we’re talking about punk, is there really anyone else who pulled off the image better? Iggy Pop’s radical energy and on-stage charisma is detailed throughout the first episode, featuring footage of him in all his youthful madness. He’s seen balancing on top of the crowd all cut up, rubbing peanut butter all over his bloody skin whilst throwing chunks of the spread to the masses. Episode 1 begins with the birth of punk in America, who Iggy credits to fellow Detroit rockers, the MC5.

Kick out the jams motherfuckers! The MC5 were considered a threat to social stability in the late-’60s, playing wild shows across America that frequently attracted authorities who interrogated and abused their audience. Come the 70s, and punk is propagated in New York City where the music and art scene thrived in the midst of the sordidness. The infamous CBGB and OMFUG club, run by Hilly Kristal, had punk bands play every night of the week, featuring the likes of The Ramones, Patti Smith, Television, Talking Heads and Blondie. You didn’t have to know how to play at CBGB’s. You just had to play and these bands played so much that they eventually got good. And that’s what defines punk.

Of course, we then go into the drugs and the impacts they had on the punk scene. “The Ramones were like The Beach Boys on speed,” details Jayne County from Wayne County and the Electric Chairs. In Episode 1, Iggy details his over-consumption of LSD and other substances while Wayne Kramer talks about the gangster drug-fuelled lifestyle he pursued after the MC5 disbanded, resulting in him serving painstaking jail time.

Episode 2 transitions into the spread of punk to the UK, when Malcolm McLaren bought plane tickets for The Ramones and opened a boutique fashion store called SEX with his then-girlfriend Vivienne Westwood. The anarchy had finally spread to England, with bands such as The Sex Pistols and The Damned, who would eventually phase out the first phase of punk in the US. The Clash were also born, taking punk to heightened levels beyond the confines of genre.

The first two episodes of Punk! are up now on SBS On-Demand while the other half of the series will broadcast live to SBS VICELAND on the following two Monday nights (May 4 and May 11) at 8:30 pm. Episode 3 details the hardcore DC scene led by bands such as Minor Threat and Bad Brains while the final episode takes us into the ’90s when grunge became the derivative of the genre, featuring archival materials from bands such as Nirvana and Green Day.

But what about the Australian punk scene? Australia became a hive for punk rock during the late 70s and 80s, with iconic bands such as The Saints and Radio Birdman (who took their name from a Stooges song), becoming a major influence on the sub-genres we have today.