Following the release of their tracks Driftworld and Shuggah Doom, Soaked Oats dropped their newest single Coming Up. It heralds their forthcoming EP Sludge Pop. Get acquainted with Dunedin four-piece Soaked Oats, as their grungy new single Coming Up takes you on a nostalgic journey.

Soaked Oats formed just over two years ago, their infectious energy and signature style a delectable blend of hazy melodies and ragged hooks. Their music is both energetic and relaxed, with a different lyrical value than your standard pop track. You could liken their jovial vibe to that of other indie artists such as Mac Demarco and Dope Lemon.

Their new single Coming Up is based on “a low morning in the immediate surroundings of a bedroom”, evoking powerful feelings of nostalgia as the lyrics reminisce on better times past. The cover photo is an image lead singer/songwriter Oscar Mein took of his close friend Louis, who is  “a very talented poet who also writes about crappy mornings sometimes, often after he has just woken up.”

The music video depicts the adventures of the band as they toured the US in 2018, transporting us through rural and suburban America. Switching between shots of flickering black, white, and blue-tinged colour, the video capitalises on Soaked Oats’ heady nostalgia and a wistful longing for times past.

Check out the music video for Coming Up below.

“We saw this band live and alongside the new recordings we believe these young chaps have amazing potential”.

Soaked Oats’ new EP Sludge Pop will be released both digitally and on 10″ vinyl on the 14th of June, to celebrate its release, the band will be touring both Australia and NZ. You can catch them on the following dates: 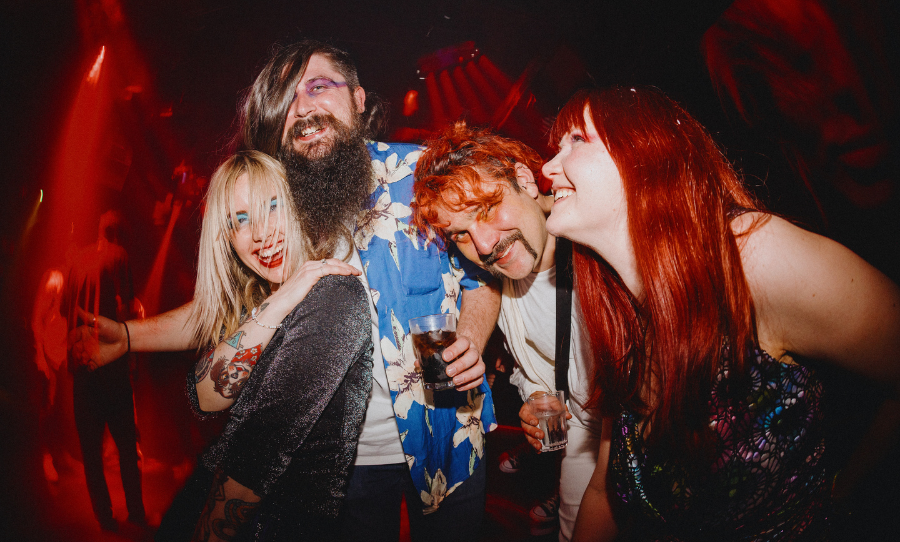