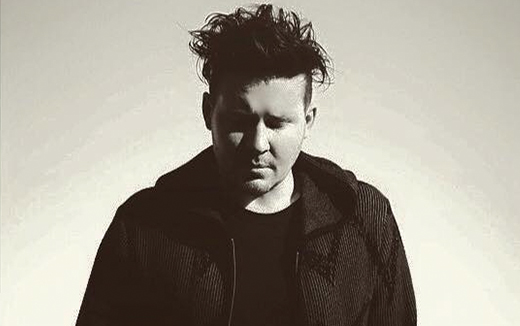 Already set to be Australia’s breakout artist of 2015, Jarryd James, aka Jarryd Klapper, burst onto the scene with baffling abilites that left major labels scrambling to grab a piece of the pie. With only three singles under his belt, the ridiculously infectious Do you Remember?, Give Me Something and Regardless, he has sold out headline shows around Australia and made a solid dent overseas. With a triple J feature album to add to his growing list of accolades, the soft-spoken guy is truly making it happen. Despite his newfound success, this isn’t the Brisbanite’s first rodeo. Before going double platinum in Australia the warm-hearted singer was struggling to make ends meet and deal with industry rejection. Having previously been in bands like Fatis Valour, Holland, and supporting his long life friend Matt Corby in his live band, James had given up on music due to the struggles of making it in the Australian industry. He started a life in youth work and was only pulled back to perform Matt Corby’s hit song Resolution at the APRA awards where a shy and softly spoken guy sporting a baseball cap and slumped posture took the stage.

James grew up in Dalby, a small town of agriculture and cotton farmers about three hours out of Brisbane. His father unfortunately passed away when he was a young boy at the age of 30. In December he will outlive his father and thus Thirty One was christened with him firmly in James’ mind. His debut solo studio album was recorded across different studios in Auckland, L.A, Melbourne and Sydney, with assistance from award winning producers Pip Norman (Urthboi, Dan Sultan), Joel Little (Lorde, Broods, Daniel Johns), Malay (Frank Ocean), and of course, his good mate Matt Corby.

Through tireless work with these illustrious collaborators, and his own undeniable talent, James has written a deeply textured production that forefronts the running theme of heartbreak across its entirety. His melodies and the instrumentation blend beautifully together, with organic sounds and electronic murmurs trailing throughout the 12 tracks.

A fan of Stevie Wonder and Bob Dylan, James is yet another example that passion and dedication can unfold into great success. Album opener Sell It To Me is the epitome of James personality; a shy, sleek and fragile performance delivered through a sparse soundscape. Stunning in production and powerfully emotive, the album encompasses a unique take on ambient beats to create a laid back listening experience.

In composition, it seems for James that less is more as he plays around with minimalist elements and post-modern R&B. The bittersweet themes of Do You Remember? echoes throughout the album on the nostalgia-ridden tracks like Sure Love, Undone and High. James even had a chance collaborate with Julia Stone after touring with her earlier this year on the hauntingly sensual track Regardless.

On This Time (Serious Symptoms, Serious Solutions) James utilises natural sound elements that punctuate the album with an individualistic edge. The track is the clincher for the album; James has truly arrived and Thirty One is his message.