You might already know Jay Watson as a section of musical packages Tame Impala and Pond. You might know him by his nickname, Gumby. You should most definitely know him as GUM, a solo project channeling his multi-instrumental greatness into various songs. Following the release of Delorean Highway in 2014, Watson has stepped out again for his second solo exploration, Glamorous Damage. 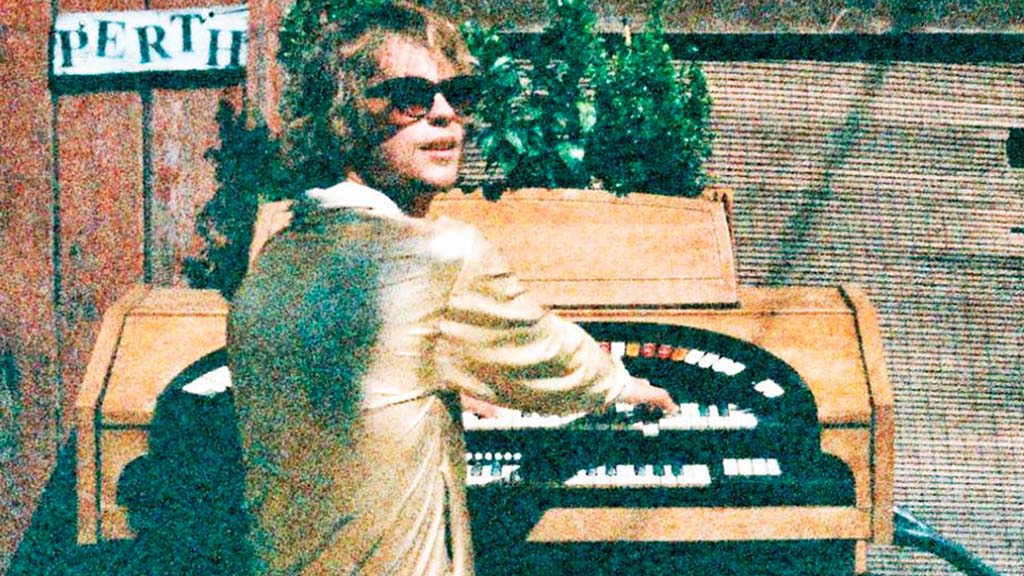 Fans of Pond and Tame can expect the same layered depth that comes from a guy who knows how to play a shit load of instruments – really, really well. But don’t expect the same sound. Glamorous Damage is glorified sunshine, an explosion of glam rock akin to Scissor Sisters or David Bowie.

An 80s synth dream, the album is layered with space sounds and filtered vocals. Every track is blurred with VHS fuzz, so you can’t quite clarify if the lyrics are this or the beat is that. I read somewhere Glamorous Damage was inspired by a dream about Back to the Future. GUM recreates the future from the perspective of the past. A sort of futuristic retro – it’s amazing.

The title track is killer. Made to be played onstage, with one hand in the air and another on the keys, dressed in some outlandish sequin creation with smoke machines and big sunglasses. R.Y.K is kind of similar, but that’s okay. The whole album kind of blends and borrows. It’s like a delicious curry your mum made, with heaps of good bits – veggies, spices and assorted lentils. You can pick it apart and separate the goodness, but nothing beats it when consumed all together.

Watson knows how to make a hit; Anaesthetised Lesson and Elfossie Blue are proof. But you never get the sense he’s creating music for commercial success. It’s more a personal experiment of sounds, not trying to fit a mould or genre. The experiment fails somewhat on Notorious Gold. The elements are clunky, and the vocals sound daggy. It doesn’t have the same energy as the other tracks and may be best left skipped.

Science Fiction could be a love ballad – “I thought that love was science fiction / Until I saw you today / Now that love is my addiction / I’ll throw all my books away” – but halfway through, a big handful of electrified glitter is thrown in your face as the beat picks up and the tempos change. Electric guitars blazing, the dance party begins.

Nothing beats Carnarvon, the goodbye track to a beautiful experience. A lullaby of gospel vocals and what could be an accordion (maybe?). I think it’s named after a remote town in Western Australia that’s famous for bananas. It makes me visualise Watson floating in space, surrounded by stars and a million cartoon bananas. If it’s not actually about bananas then probably don’t tell me because this isn’t something I want to unsee.

Glamorous Damage is the soundtrack to your daydreams. It’s fun and colourful and will (literally) get stuck in your head. It doesn’t take itself too seriously and after listening to it, neither will you.