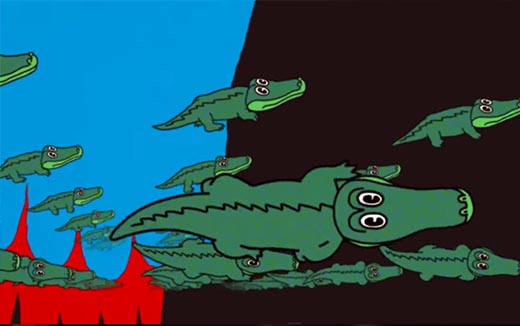 The 10 minute and 10 second long The River comes complete with a sweetly animated video clip, which follows the life of a curious cartoon crocodile, or something like that. I dunno. It goes in heaps of weird directions. It is a nice visualisation though, much better than the crap visualisations Windows Media Player and Winamp foisted onto us back in the day.

Quarters, the band’s sixth full-length release, will rather handily only feature four songs, including The River, all of which run for 10 minutes and 10 seconds each for a total of 40 minutes and 40 seconds. Quarters will be released on Friday 9 May; to keep super up-to-date, follow King Gizzard & the Lizard Wizard on their FB.