Ralf Hütter and Florian Schneider probably never thought they’d be considered two of music’s most influential innovators and pioneers when they formed Kraftwerk in 1970.

Perhaps they imagined it or dreamed about it – but achieving something so monumental seems so far removed from reality, it can be difficult to imagine what you’re doing in a dank West German apartment will change everything. But, they did. They changed music forever. On May 19th in 1978 The Man-Machine whirred into life for the first time. To say it changed everything would be an understatement.

West Germany in the 1970s was a time littered with uncertainty; the Russians owned half the country, there was a potential nuclear holocaust around corner and amongst all this confusion some of the world’s most innovative and precise music manifested itself. It was called Krautrock, a genre characterised by the monotonous and hypnotising rhythms that eventually developed into the electronic music you hear today.

It’s the constant beat you’ve heard in King Gizzard and The Lizard Wizard, the perpetual thud of the techno kick drum, it’s the subtle changes that rouse you from your music induced trance and send you into a frenzy. Sound familiar? Well it all started in West German musical laboratories with legends such as Neu! and Can taking the lead.

What Kraftwerk did was up the ante. They took the experiment by the trousers and turned it on its head again. They went electric, but not like Bob Dylan.

The Krautrockers threw out their gear and modernised. Exchanging kits and guitars for new-fangled synthesizers, sequencers and drum machines, they slammed the electro conductors on full blast and The Man-Machine whirred into life. What ensued was a Frankenstein-like creation that changed the way music was heard and recorded forever.

The album took its first steps into the human world in 1978 to confused and divided listeners. The Man-Machine performed well, but was subject to a popular re-emergence some four years later as The Model took the number one spot on the UK charts in 1982.

It seems society needed a little time to adjust to the new world order. Rolling Stone’s 1978 review of the album is an interesting look into how much it confused listeners. It opens by saying with less than three minutes into The Man-Machine, the album has faithfully extended “Kraftwerk’s unmistakable brand of exquisite torture.”

The combining of man and machine began way before Kraftwerk first touched a drum machine. Everyone knew about the devastating effects of new military technology and the advent of computers and communications, but Kraftwerk were the first so make us realise how much it would change music too.

This album is a physical manifestation of a developing technological age. The recording process was so complex it forced music technology to leap forward and meet with the new demands of an audience hungry for electronic music. The fusion was bound to happen, and The Man-Machine is a symbol of that transition.

Kraftwerk completely changed our thinking, rejected the establishment and threw in some cultural critique for good measure. Along with other electronic legends such as Giorgio Moroder, they set the scene for disco and paved the way for synthpop to win the ’80s. Skip forward to Daft Punk and the ’90s, you’ve got warehouses packed with young ravers thirsty for more robotic industrial rhythms.

This album seems just as relevant 40 years on, and continues to explore the impact of technology upon humanity. Kraftwerk are to electronic music what Pink Floyd were to psychedelic rock.

While it isn’t surprising that the boys over at Kraftwerk could feel our society becoming more tech-dependent and sought to comment on this, it’s their effect on popular music that’s more astonishing. Their music is so sterile and otherworldly, it’s easy to become distracted by paint drying in the distance – that is until the melodies kick in and you’re hooked into the Kraftwerk mainframe.

The simplistic beauty of the arrangements is catchy, moving and charming. The essentials of a brilliant melody are just about standardised on The Man-Machine, giving it incredible replay-ability despite sounding dated.

How did they do it? It’s something we can’t quite explain I’m afraid. That’s Kraftwerk; out of this world. 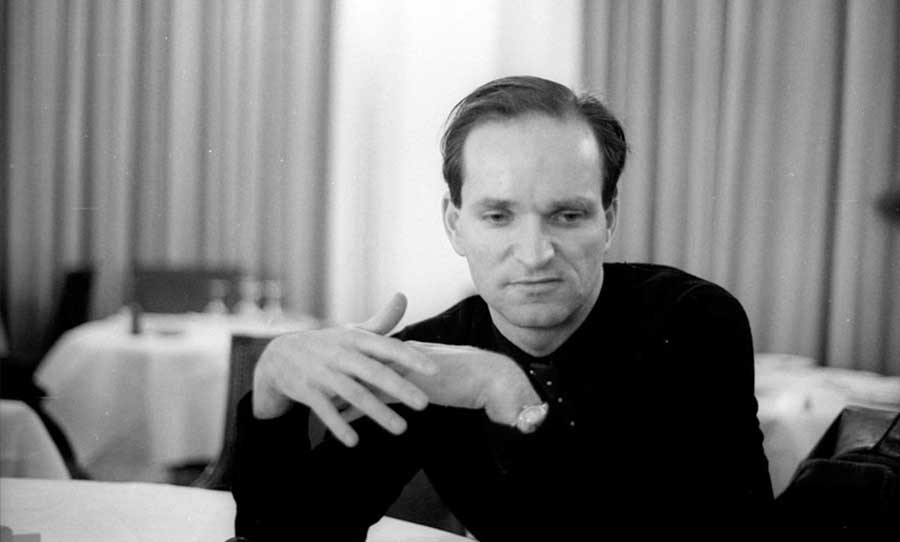