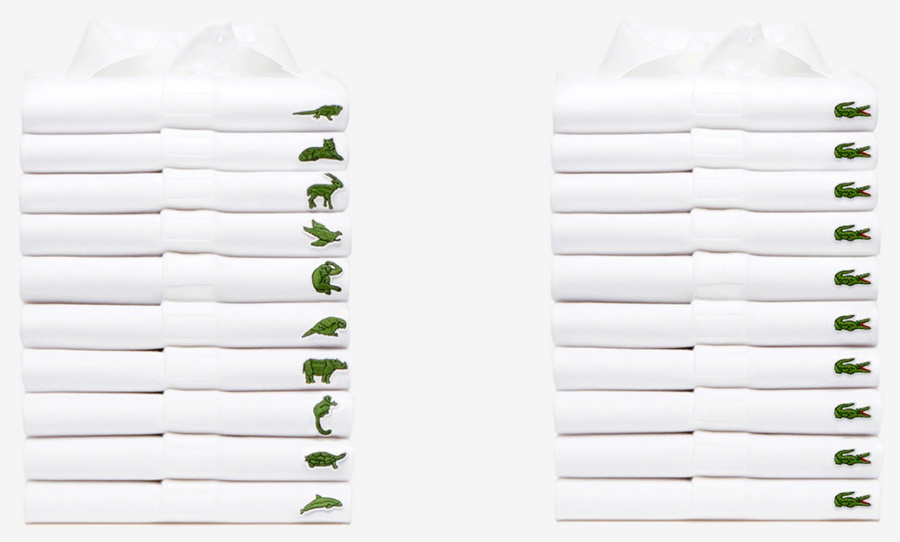 The sports apparel label Lacoste, known for their upscale polo shirts embroidered with their iconic crocodile logo, raised over $320,000 for conservation efforts last year with a promotional line of aiming to raise awareness on endangered species.

This year the brand is doing it again, swapping their crocodile logo for ten endangered species in an effort to bring attention to the global state of biodiversity. 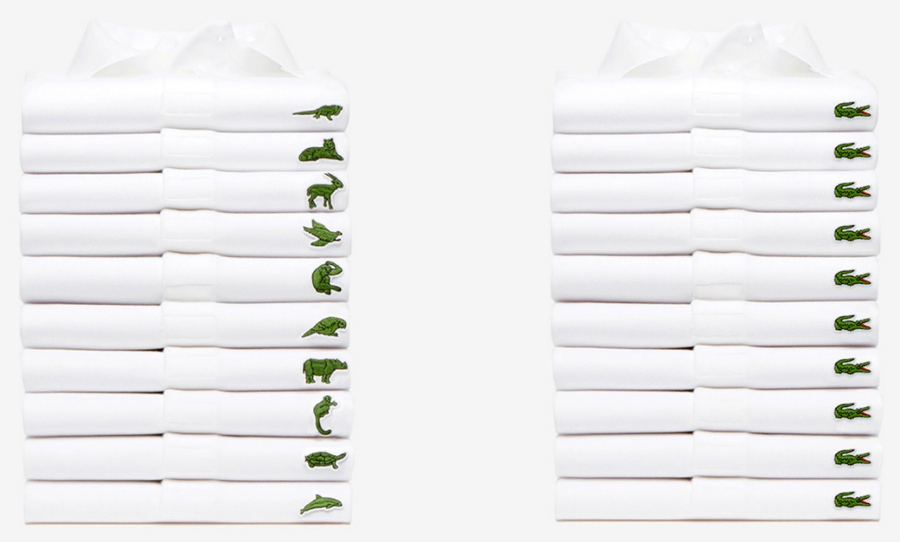 Lacoste has just revealed its second capsule collection in partnership with the International Union for Conservation of Nature (IUCN); ten limited-edition Save Our Species polo shirts, highlighting ten threatened species.

Lacoste has unveiled its second run of Save Our Species polo shirts, which will go on sale on the 22nd of May, coinciding with the International Day for Biological Diversity. The retailer will be spotlighting ten new threatened species in a number of their stores as well as online, releasing 3,520 polo shirts for each of the 3,520 animals estimated to be left in the wild.

Its Paris store, for example, will be dedicated to the Iberian Lynxes still known to be alive (589), while its London Covent Garden store will celebrate the Yemeni Mouse-Tailed Bat (150). Lacoste’s online store will be selling 1,400 polos branded with the endangered Hawaiian Monk Seal.

All of the profits raised will go towards the International Union for Conservation of Nature’s efforts to conserve threatened wildlife. Although no Aussie retailers will be stocking any of the limited-edition polos, you can still donate to the cause via the Save Our Species website.