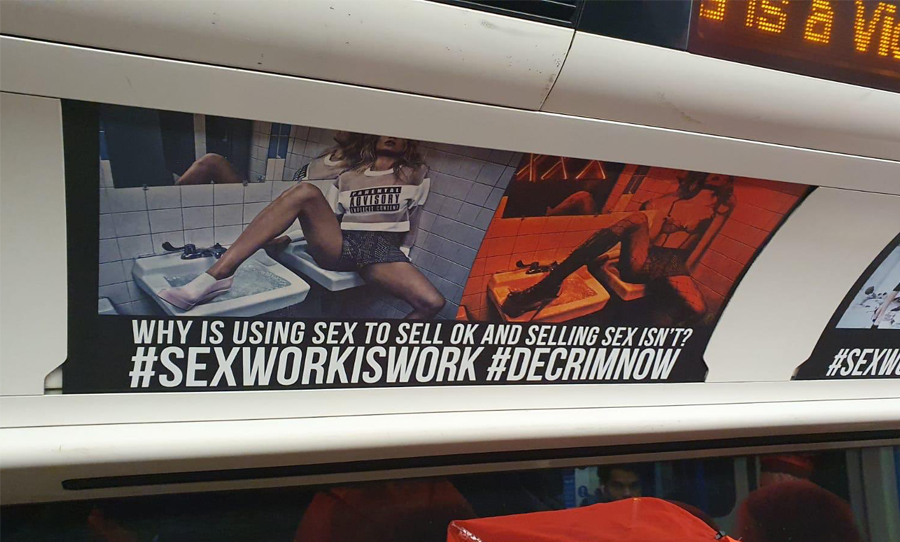 Posters advertising the decriminalisation of sex work have appeared across the London tube. The posters went viral after a Victoria Line passenger posted them to social media, with one poster reading “Why is using sex to sell ok and selling sex isn’t?” alongside images of protesters in red veils.

The adhacking campaign comes in conjunction with a London-wide sex worker strike as part of International Women’s Day. Both campaigns are calling for the full decriminalisation of sex workers and recognition of rights like sick pay, pension provision, and guaranteed basic pay.

Striking sex-worker Juno Mac told the press that the campaign represents a pertinent feminist issue because it disproportionately affects women, queer people, migrants, people of colour, and disabled people. “It’s for this reason that decriminalisation of sex work is an issue that the international Women’s March community should be given it’s attention to,” she says.

The campaign aims to bring awareness to the necessity of increasing safety precautions that come with the decriminalisation of sex work. A statement published by the English Collective of Prostitutes argues, “although buying and selling sex is legal in England and Wales, most activities associated with the transaction are criminalised.”

“Working together indoors is illegal, as is soliciting. Sex workers say being forced to work alone, in isolated areas, makes them more vulnerable to abuse.”

Check out the posters and campaign below:

⚡☂️Join the strike!☂️⚡ . . Join us as we make visible our labour by striking and taking to the streets. Meet soho square 8th March 5pm. Lets celebrate this INCREDIBLE victory for strippers, sex workers and all women! 💞💪🎉 . . #decriminalization #decrimnow #workerstatus #sexworkersrights #sexworkiswork

Next Up: From Femen to Pussy Riot: 5 of the world’s most powerful feminist protests. 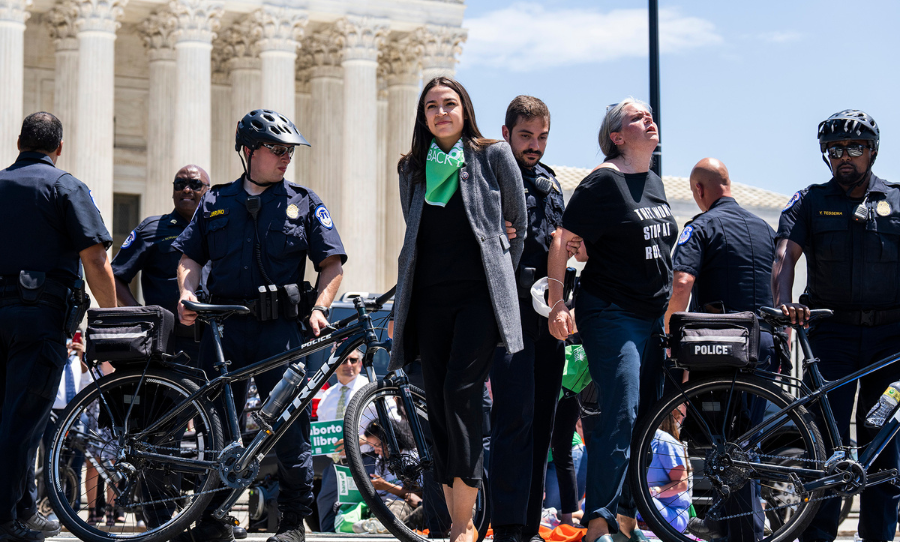