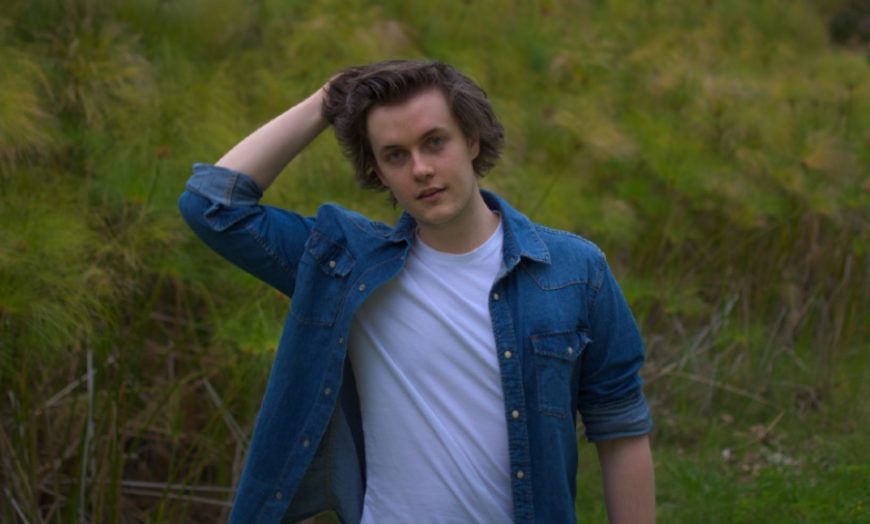 Crooning with a heartfelt plea for freedom, Mitchell Martin sings to the global groan of isolation and lockdown. His thematic single is this past year realised.

At just twenty-three years old and already an established performer, Mitchell Martin would typically be on top of the world. For obvious reasons, his career as a young, travelling artist is mirrored in the stifling state of all things right now. Exercising his (very relatable) demons of confusion and isolation, Martin has spun pure gold on his latest single.

Martin has supported a plethora of artists including Killing Heidi and Katy Steele (Little Birdy) and to crowds as big as 50,000 at the Optus Stadium. It was thus fitting that he release a live video as he tours his home state of Western Australia.  Stuck in This Place Now has become an anthem for the forlorn and the visceral clip is a convincing capture of Martin’s dedication to his craft. Whilst we are all feeling a little stuck in the situationship of now, we can at least enjoy the splendour of creatives like Mitchell Martin. Under the brilliant cobalt colours of the Bunbury Regional Entertainment Centre, as part of the BREC Sessions, Mitchell Martin exudes charismatic charm. Irresistibly hummable and comforting in its pure vulnerability, Stuck in This Place Now is like a warm embrace of knowingness. Martin’s rhythmic guitar hails all the indie-folk desirability and melody for a radio-ready jam. Committing to each moment of melancholia, his steadfast approach announces a bigger chorus each time around, rinsing the sad-boy ambience with gospel-like gumption.

Similarities might be drawn with beloved singer-songwriters like Dean Lewis and Vance Joy, so it’s no surprise Martin has racked up over 400,000 Spotify listen. With an undeniable stage presence and velvety vocals, Stuck in this Place Now is as addictive as it is empathetic. The lyricism is uncomplicated and well-articulated, speaking right to the core message. Of this, Martin has said:

“I was feeling lost, alone and confused about whether I was pursuing the right career and following the right pathway. Thus, I wrote this song to get everything out of my head and onto paper which always seems to help… My hope for this song is that people can relate to it and know that they are not alone when feeling these things.”

The video was filmed and edited by King of the Still, mixed and mastered by James Newhouse of Lambchop Records and captured by the BREC team, who kicked off this series as a way to help artists recover and create content. Alongside band members Aaron Birch, Riley Sutton, and Emma Gushlow, the official live video for Mitchell Martin’s latest single is a testament to the resilience of the arts.

If you’re luck enough to be in WA this week,

The full studio version of Stuck in this Place Now is on Spotify below: