Neve 1073: the undisputed champ of the preamp Neve 1073
Skip to content
[gtranslate]
DS

Painstakingly crafted with the finest quality components, the Neve 1073 has been infusing audio signals with its magic for close to half a century.

For the average civilian, the quality of mic preamps is probably not a concern. Even for most musicians who are au fait with the studio, they’re hardly the sexiest component of the signal chain. For the engineer though, they’re one of the most critical pieces of gear in between performer and monitors. This could explain the enduring appeal of the Neve 1073.

First installed in a console way back in 1970, this unit has gone onto be the most widely known microphone preamp of the modern recording era. Let’s discover why this sacred amalgamation of circuitry and steel continues to be at the top of almost every engineer’s list. The now 92-year-old creator of the 1073, Rupert Neve, was something of an audio prodigy. He started designing amplifiers and radio receivers in his teens. After the Second World War, he set up his own recording studio.

His business breakthrough came in 1964, when he built a transistor based console for Phillips’ Recording Studio in London. As the music industry matured, the demand for multitrack recording solutions increased, fuelling the innovations that culminated in Neve’s greatest designs, including the 1073.

The unit’s debut was in the A88 console at Wessex Sound Studios in London. In 1970, this desk offered a huge amount of multitracking capability (24 tracks) and was famously used by King Crimson on their album, Lizard. The 1073 would go onto play a major role in many subsequent Neve consoles, inspiring further preamp developments like the 1084 and 31102. From the very beginning, Rupert Neve was able to ensure that all of his products were built with the maximum amount of care and craftsmanship. As such, there is no one component that makes the 1073 such a desirable preamp. From beginning to end, every component was designed with the highest possible quality in mind. So what are these key ingredients?

Firstly, there is the fact that the unit operates with discrete components. This means that there is no integrated circuit board and therefore, all components within can be designed individually and without compromise. In the case of the 1073, all components are hand-wired. Even the units built today follow the original specs to the letter (more on that later).

Transformers play the role of matching the impedance between audio sources and provides isolation between circuits. For the crucial job of developing the 1073’s transformers, Neve worked in conjunction with fellow British firm, Marinair.

The higher the quality transformer, the less likely your signal will be affected by radio interference and ground loops. So, super high quality transformers at the input and output of the unit, promising high fidelity representation of the audio source: check!

Class A is also a term worth exploring when it comes to the spec sheet of the 1073. Basically, this means that the input and output stages are on at full power at all times. While this doesn’t make for the most power efficient design, it is reliably linear – meaning that the output can produce an accurate copy of the input. It also means that it’s less susceptible to distortion (unless you want it to distort). So even without engaging the EQ, the sound is crisp and powerful. But of course, to actually reshape the sound, you have EQ options across the width of the frequency spectrum at your disposal. This particular EQ has been famed over the decades for its ability to enhance the musicality of any number of sources.

At the bottom of the range, there’s a high pass filter that starts at 50Hz – for cleaning up any subsonic rumble – climbing all the way up to 300Hz for extreme filtering. The low shelf overlaps the high pass filter, diving all the way down to 35Hz and topping out at 220Hz. So with just two knobs, you can do some sophisticated sculpting on a host of low frequency sounds.

The mid range covers a broad swathe of the spectrum, with fixed Q points and a +/- 18dB range. It spans from 360Hz (where you’re likely to encounter the body of a snare, or the low mid range of an electric guitar) through 700Hz, 1.6kHz, 3.2kHz and 4.6hHz, ending up at 7.2 kHz – a zone where you’re likely to add a bit of glassiness to a vocal for example.

Above that resides the high shelf at 12kHz. Perfect for adding air or sparkle to drum overheads and strings for example. The EQ circuit can also be switched in or out and the phase can be flipped. It shouldn’t surprise anyone that such a coveted piece of gear has been replicated in many forms. Any dip into a gearslutz forum will tell you that there are almost as many opinions on these as there are variations on the theme.

To list but a few, models from BAE, Phoenix Audio, Heritage Audio, Warm Audio and more have claimed to bottle the essence of the immortal device, with varying degrees of cost and component quality.

The amount of sustained interest in the 1073 has meant AMS Neve has also thrown its hat in the ring. Though the widespread use of large format consoles (especially those that come with the Neve price tag) has diminished in recent years, the company has directed its resources to creating outboard versions of the preamp for the modern studio.

Models like the 1073SPX come as a rack mount unit, featuring functionality upgrades like a DI input, insert loops and metering – in other words, options that you would have if it were part of a console. There are also 500 series modules that offer workflow improvements at a price that puts Neve within reach of a working engineer (though “reach” is a relative term, expect to sell an organ or two before you can afford a vintage one). 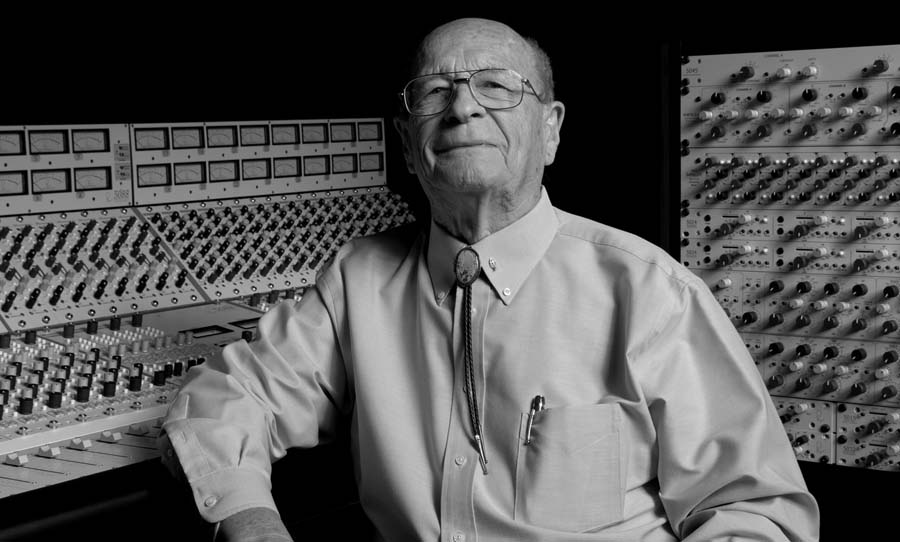 As the DAW becomes a central component to recording and production, the software options for attaining the 1073 tone are also evolving. UAD offers somewhat more of an analog experience by virtue of its unison technology and allows you to change the mic impedance, providing more tonal options depending on whether you’re working with a dynamic, condenser or ribbon.

The Andrew Scheps 73 from Waves is notable for its saturation capability and mid side processing option when you run it stereo. Plugins that from Slate and IK Multimedia are also among field of digital emulations.

So what of the emulations, in the hardware and virtual worlds – how do they compare to the originals? The aforementioned conjecture that you’ll find in forums is enough to make you give up altogether.

Putting the slew of tributes aside though, surely more remarkable is the fact that the design of the 1073 is still so popular after almost 50 years. Many may have favourite alternatives, but who could say that the original has been bettered? Whether you’re tweaking a knob – or even clicking and dragging – you’re tapping into a sonic legacy that shows no sign of diminishing. Even someone as wise as Rupert Neve couldn’t have predicted that.