Walking around The Gum Ball, which was only a relatively small area, there lingered a feeling that there was forever something awesome around every corner.

Three days in a “music lover’s paradise”. The festival’s slogan speaks the truth, The Gum Ball being incomparable to more mainstream music events. After stepping foot onto Dashville, the home of the festival and many others such as Dashville Skyline, PigSty and Thrashville, I did not have one bad experience over the weekend.

The Gum Ball is the largest event at the site, boasting around 3000 campers there for the weekend of music and art. The festival is located in secluded bush in the middle of the Hunter Valley and has been running for thirteen years.

Past line-ups have seen the likes of Ngaiire, Dan Sultan, King Gizzard and the Lizard Wizard and Hoodoo Gurus all share their talent on The Gum Ball stages.

This year’s talent included Regurgitator, Felix Riebl (The Cat Empire), Gareth Liddiard (The Drones), Boo Seeka, Kim Churchill and many more. There were two main stages with acts starting when the other stage finished, so there weren’t any clashes.

Market and food stalls, a circus area with hoola hoops and other things I realised I’m bad at, games scattered around the festival, a half pipe for those who can skate, a shark museum, alpacas wandering around to feed and pat, a pool table in the bar area, a café – it had everything.

My favourite element of the festival, and why it was so special, was the people. It felt like a welcoming, music loving community that was big on sharing and enjoying the weekend. The festival was BYO which I expected to make things messy, but although people were drinking all weekend I didn’t have any encounters with drunken/drugged up idiots you’d find at any other music festival.

From the local acts to the bigger talents, every one of them embraced the small community feel that the festival held and connected with the crowd between tracks. Standout performances from Gareth Liddiard, Boo Seeka and Regurgitator were highlights for me.

The Gum Ball made a wonderful first impression and then kept on giving. I’ll definitely be back next year. 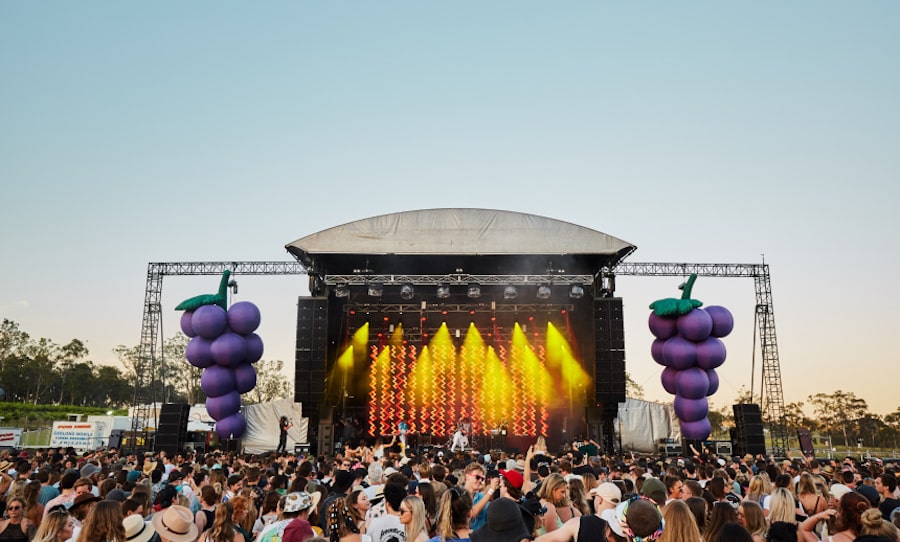