The music video for Rolling Holy’s newest single Now I Know is effects-heavy, trippy, and dripping in nostalgic charm.

Now I Know, the latest offering from Sydney’s up-and-comers Rolling Holy, is love at first sight.

With its bright guitars, gorgeous harmonies, and ’60s influence, these bohemians have crafted the music-equivalent of daydreaming.

Blurry visuals, pinkish hues, old VHS footage, flair jeans, beautiful jackets. It’s safe to say this four-piece are pulling out all the stops for the ’60s-inspired Now I Know music video. It should feel ridiculous, but it doesn’t because the track is just so damn polished and perfectly fitting for these carefully-crafted stylistic choices. The video also does an excellent job of introducing the members of Rolling Holy to their emerging audience.

Frontman and multi-instrumentalist John Cotter looks like George Harrison-meets-disco, delivering his melody with a thoroughly convicting stare. The embroidery-donning Christian Denton taps his feet to the pulse and keeps those noodly riffs bright and bold. Bassist and backing vocalist Mitch King rocks a Hofner for a dose of nostalgia but also sports a gold chain to keep with the times. Finally, drummer Tim Saal understands the importance of ‘less is more’, using tasty fills only when he needs to, and looking totally effortless – all in a retro cap. Please welcome to the stage, Rolling Holy. 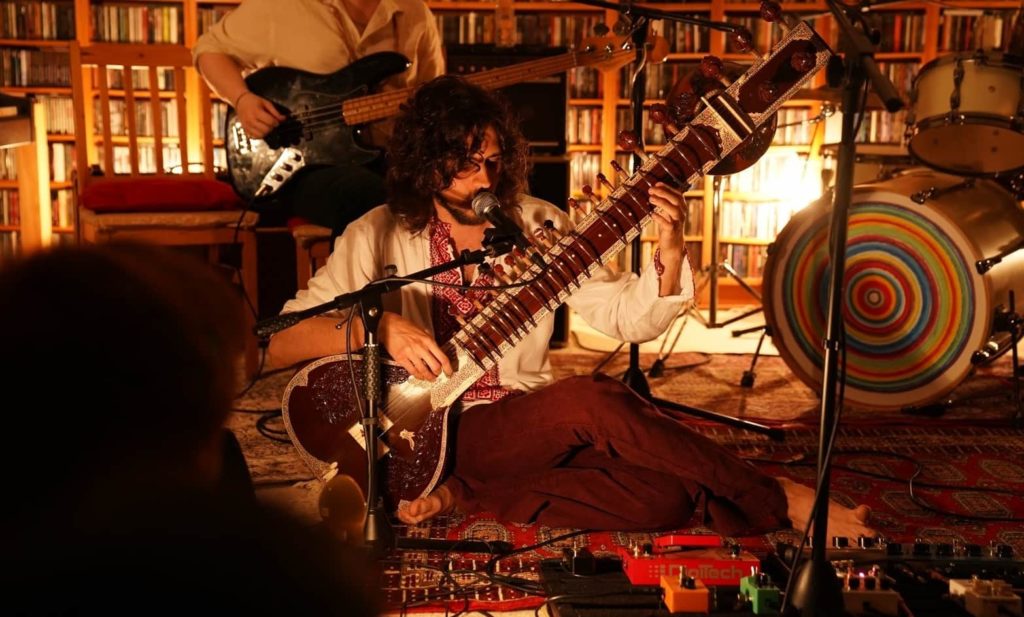 But let’s not forget about the track itself. Dripping in psych-pop, reverb, and phase, Rolling Holy have clear psych-pop influences, making for a refined sound that knows exactly what lane it’s supposed to drive-in. Unsurprisingly, John’s dad owned a record store, so the gifted frontman was likely raised on a healthy diet of The Rolling Stones, The Beatles, The Beach Boys… You know the type. There’s also elements of ’90s alternative attached to the Rolling Holy backbone. However, that’s more obvious in their debut track Euphoria; also well worth a listen.

Instead of tackling grand narratives or obvious subject matter, Now I Know uses the dizzying power of universal, intentionally-vague observations to paint meaning. I found the line: “One day, I’ll cave in, I’m not who you thought” particularly resonant. We all wear a mask to some degree, and at some point when times get heavy, we’re all guilty of revealing our uglier, truer selves. But hey, now I know. Incredible release and video Rolling Holy, my eyes are ears are eager for more.

Have a watch below: PREMIERE: MYTHS bring a fresh vision to psych-pop on their new single