Behind Dark Side of the Moon and The Wall towers Animals, a third iconic Pink Floyd record which turned 45 this year, but feels more important than ever.

Pink Floyd released Animals on 23 January 1977. Although it was the seminal band’s tenth studio album, it remains one of their most famous for its Orwellian socio-political critique, an iconic cover and early prog inclinations.

Animals also marked the beginnings of dissent within the band over a chief songwriter. Three years after its release keyboardist Richard Wright would leave the band and The Wall would be hit shelves, casting a gargantuan shadow across the humble forerunner.

Steeped in woeful political distaste and harder rock breakdowns, Animals rates as highly as Pink Floyd’s most well-known albums for more intrepid fans, but it’s recording process was one of the shakiest they ever accomplished. Here’s five things you didn’t know about the birthday record and it’s mascot, Algie the pig.

Oddly the cover’s concept was conceived by Roger Waters himself. This being said, Floyd approached long time collaborators Hipgnosis to make the final product happen.

While Hipgnosis were originally approached by Floyd in 1968 to design the artwork for their second album A Saucerful of Secrets, it was the album cover for Dark Side of The Moon in 1973 which shot the design group to international fame. While Hipgnosis may have been a pioneer of collage techniques, there was no photo trickery involved in the cover of Animals.

Floyd commissioned German company Ballon Fabrik and Australian artist Jeffrey Shaw to collaborate on the construction of the 12 meter long piggy, which was manoeuvred into position on December 2nd 1966.

The pig has gone on to serve as a motif for political vitriol, English rock and everything Pink Floyd. It appeared in the backdrop of a shot in Alfonso Cuarón’s thriller Children of Men which imagines a dystopian England similar to Animals’ vision of the future (skip to 3:50 in the below video). Danny Boyle made a more lighthearted reference to the porcine balloon in his short Isle of Wonder for London’s 2012 Olympics.

More recently, a group of politically minded architects proposed a scheme to float several pigs in front of Trump tower in Chicago.

Previously to 1975, Floyd had struck a deal with EMI which allowed them unlimited recording time in return for reduced earnings from sales. When this deal expired the band bought a three story block in North London and made it their own.

Britannia Row Studios was largely comprised of church halls, and Animals was the first album recorded there after it’s renovation. Pink Floyd went on to record The Wall in the same location, the echoing school chorus of Another Brick In The Wall owing it’s sound to the towering studio.

Animals began to be formulated 20 years after George Orwell published the canonical Animal Farm, a political allegory of the Russian revolution and Stalinist era of the soviet union.

Pink Floyd’s album borrowed heavily from the ruleset of Orwell’s fable, and each song’s title represents an element, or animal, within the capitalist British regime of their time.

The album is bookended by parts one and two of Pigs on the Wing, a short intro and outro on a record otherwise dominated by immensely long jams. Dogs represents the businessmen, deceptive, vicious but ultimately lonely. The narrative within the lyrics tells of two dogs, one younger and one older, coming to realise the doomed reality of their own existence, while the young is encouraged to break the mould and dissent from his fate.

As with Animal Farm, Pigs (Three Different Ones) represents the flawed, gluttonous personalities which sit at the top of society’s ladder despite their horrific traits. The Sheep suffer under the power of pigs and dogs, mindlessly following suit with the herd around them.

The anti-establishmentarian soul of Animals has never been as relevant as it is today. If you need some proof, here’s a video Roger Waters posted yesterday which depicts him playing Pigs live to 300,000 screaming fans in Mexico City:

For many fans, Animals represents the turning point at which Roger Waters took the reigns of Pink Floyd. The entire album save for Dogs, which was co-written by David Gilmour, was written by Waters.

Speaking to Mojo Magazine in 2008, Gilmour had the following to say.

“Roger’s thing is to dominate, but I am happy to stand up for myself and argue vociferously as to the merits of different pieces of music, which is what I did on Animals. I didn’t feel remotely squeezed out of that album. Ninety per cent of the song Dogs was mine. That song was almost the whole of one side, so that’s half of Animals.”

Animals was almost a fully-realised artistic vision for Waters, but the control didn’t end there. When work on the album ceased, Waters pitched the concept of The Wall to his band mates, who were initially cautious but agreed to follow Waters once again.

In 1985 Waters left Pink Floyd, eventually calling them a “spent force” and splitting the band in their separate directions. The rest is history.

The search queries for this album alone deserve their own wiki page: Pink Floyd sheep, Pink Floyd animals, Pink Sheep mixtape, and Pink sheep Outro are searched more often than the band itself. 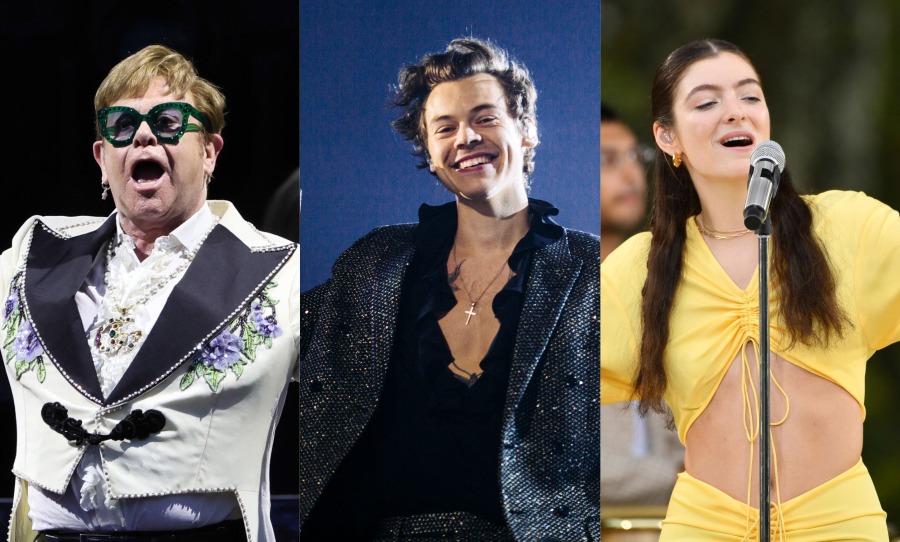