I still remember the first time I saw Pist Idiots live. It was 2016, and they were opening for The Pinheads and Amyl & The Sniffers at Sydney’s Brighton Up Bar.

As I walked up that staircase, I was met by a quartet of balaclava-wearing lunatics with jumper leads attached to their nipples. “What the fuck is going on here?” I asked myself. Needless to say, Pist Idiots were not a band I’d ever forget.

While they’d never admit it, the Revesby four-piece have since become one of the country’s most beloved and exciting rock bands. So just hours before a sold-out show at the legendary Marrickville Bowlo, we caught up with four of Aussie music’s loveliest blokes to chat about balaclavas, brothels, and their iconic yellow t-shirt.

“We really wanted to make it a bullshit live show with a lot of energy. We were always conscious of that“: We caught up with Pist Idiots for a coupla couplas and a good-hearted chat.

HAPPY: Alright fellas you’re on the record, so watch yourselves…

JACK: Oh god… this is dangerous.

HAPPY: The first time I saw you guys live, it was at Brighton Up Bar a few years back, and you were supporting The Pinheads and Amyl & The Sniffers. I remember walking in the door and seeing these crazy fuckers in balaclavas with jumper leads attached to their nipples…

JONO: Yeah we wanna try wear more wild get-ups. It’s been a while. It’d be good to get some costumes back.

HAPPY: What happened to the costumes? Cos you had some pretty wild ones…

JACK: Well they’d always just be grabbed from the car or some random place.

JOE: The first time with the gimp masks, they were from a sex shop…

TOM: They were from the sex shop near Brighton Up Bar.

JONO: But yeah, it’s fun. We should start doing that more.

JOE: Sniff just used to come straight from work, so he’d be in his work clothes… and we’d dress up. So it’d be Sniff upfront, and three dumb-asses behind him.

JONO: We played a gig at Space 44 where we cling wrapped our heads… but I vomited in mine.

HAPPY: Fuck. Did you get through the set?

JONO: Yeah we got through it… but it was kinda shit. I just wear undies now because it’s too hot.

HAPPY: You guys went like a year-and-a-half before releasing any music. Do you guys feel like not having any music out forced you to step up your live show in those early days?

JOE: Yeah, I think that’s kinda how we learnt.

HAPPY: Did you make a conscious decision to not put anything out? Or was that just the way it happened?

JONO: We got one gig, then got another gig after that. And we just kept getting gigs so we never actually thought to record or do anything like that.

JOE: If it wasn’t for Jez (The Pinheads), I don’t think we would’ve for a long time. Because we didn’t know anyone to record with… but then Jez asked us, and we were like “fuck yeah.” But I guess with the live show, we really wanted to make it a bullshit show with a lot of energy. We were always conscious of that.

HAPPY: When you guys first started, you had this policy of taking any and every gig, right? HAPPY: I imagine you would’ve got roped into a few shit gigs with a policy like that… are there any particular ones?

JONO: Yeah well the first gig was the funniest we’ve ever done. It was the second actually. We got this message saying “we want youse to play this club in Bankstown for this touch footy presentation.” And we were like “ok fuck cool.” They said “alright, the way it’s gonna go is… you’re gonna play for an hour, then there’s going to be an intermission, then you can play another hour… then you can play for as long as you want after that.” So we had like three hours to fill with no songs. So we made up some songs, played some covers… then played everything all over again.

JONO: But the best thing was that it got so wild. We ended up getting mates there who just got wild. Glasses were getting broken. They said “alright we’re gonna need to settle things down.”

HAPPY: I understand that two of you used to live in a brothel?

JACK: Yeah well it’s been called a brothel, because it had a very brothel-esque set-up.

JONO: You walked in and the first thing you had was this kitchen set up. Then you’d have this corridor and all the rooms still had numbers on them… room 1, room 2, room 3. And you’d get down to the end and there was still couches there. There was no living room, so you would just hang out at the end of this corridor. It was just rooms – that’s all there was.

TOM: It was above Carpet Warehouse on the Princes Highway, and it was so grimy because you’d open up the windows and just get diesel dust coming in through the windows. Got on everything.

JACK: You’d have to wash your dishes every time before you used them, because there’d be cockroaches on them or they’d be dusty as shit.

JOE: Pretty iconic but. There was a really good roof setup, so you could climb out the windows and hang on the roof right next to the Princes, and you could watch the sunrise.

JONO: It was good. It was kind of like a little halfway house. We had bands come through there all the time… and I kind of did that too, ’cause I didn’t live there.

JOE: There were a few people that lived there that didn’t pay rent.

TOM: He got the nickname ‘Hurricane John’ because he’d come in, get pissed after work, and just destroy the place… leaving kebab wrappers everywhere.

JACK: The worst would be instant noodles. He’d open the packet and it’d just go everywhere.

JACK: Oh yeah, never cleaned any of it up.

HAPPY: You guys are from out at Revesby… and it feels like there’s a lot of really great artists coming from out West at the moment. Why do you reckon that is? Is there something about that area?

JOE: Yeah I dunno. Maybe its got something to with rent being really expensive. Maybe it’s just getting more popular… I don’t really know. We played this really great mini-festival in Parramatta with a bunch of Western Sydney bands, and people were coming to the gigs and loving it. We got a message from this place out at Rouse Hill, way out there, so it’s getting a bit of a groundswell.

JONO: You have to kind of do something for there to be a venue. There’s nothing out our way now. Everything’s turned into a club.

JONO: So there’s no real pubs that do live music anywhere. But there’s a restaurant in Camden (Upstairs At Fred’s) that empty everything out on Sundays and have gigs there, which is sick.

JACK: They have this massive fucking rooftop, and it was actually something for people to go to. They actually had something that was fucking cool.

JOE: They’re there from start to finish. They’re not there to see any particular band or anything… they’re just keen to see music. So they get there from the start.

JONO: There’s a lot of cool bands coming from out that way, but there’s not really any venues… which is heaps weird.

HAPPY: Onto the new EP Princes… it’s fucking great. You got Ali Wells and Alex Cameron from BAD//DREEMS to produce it… how’d that come about?

JACK: I guess our manager just hit them up… slid into their DMs or something. Just turned out that they were down to do it. So we had the weekend to boost it out pretty much.

JOE: We had two days with them and did six tracks with them, and kept like four songs from those four days.

JACK: We did our first EP down at The Pinshed with The Pinheads, so this was our first time in a professional studio setup.

HAPPY: What was that like for you guys? Was it weird at all?

JOE: We thought it was gonna be weird, but it was okay.

JACK: It was a little bit daunting at first. When you haven’t been exposed to that environment, it’s a bit like “oh shit, fuck,” there’s all this stuff that costs so much fucking money.

HAPPY: You can’t be spilling your beer anymore… HAPPY: I really wanna talk about your shirt. Because it’s become this really iconic thing… you can’t go to any gig now without seeing someone in a yellow Pist Idiots shirt. What’s it like seeing all these people walking around in your shirt?

JONO: It’s weird, but you can only look at it and be grateful. Whether it’s for fashion or for the music, at least they’re wearing it. It’s such a cool thing.

JOE: It is fucking weird but. You get people on the gram… like models and shit wearing it.

HAPPY: Has that happened?

JOE: Yeah we had someone from Glue Store, who was wearing the shirt with a bunch of Glue Store items.

HAPPY: They’re gonna be selling your shirts in Best & Less before you know it…

TOM: He tagged Glue Store on our logo. Like how do our two worlds even collide?

JOE: It’s like Kim Kardashian wearing a Metallica shirt or something.

TOM: Funny thing is that when I do see people wearing it, I go up to them and they’re like “who the fuck are you cunt? Stop looking at me ya fucking loser.” 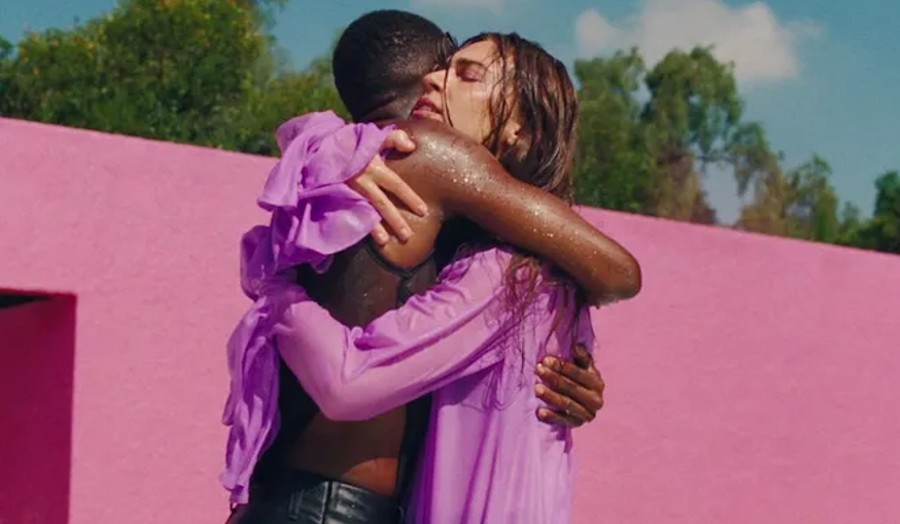