If you’re reading this, chances are you’ve at recently landed on Happy Mag’s homepage. At which point, you undoubtedly noted the excellent music with which we soundtracked that experience for you.

If so, then you have already enjoyed the dulcet tones of Wells; whose haunting renditions of The Smiths and Lana Del Rey have both featured at the very front of our magazine.

And following some of our favourite covers to date, Wells have now dropped a brand new EP. A Record Of Affections releases today, and according to frontman Alastair Cairns “This collection of songs was written after a long period of writers block”.

One of the more frustrating problems to assail a creative mind, Cairns finally took his methodology back to its original genesis in an “attempt to reconnect with a style of writing I had grown away from”. 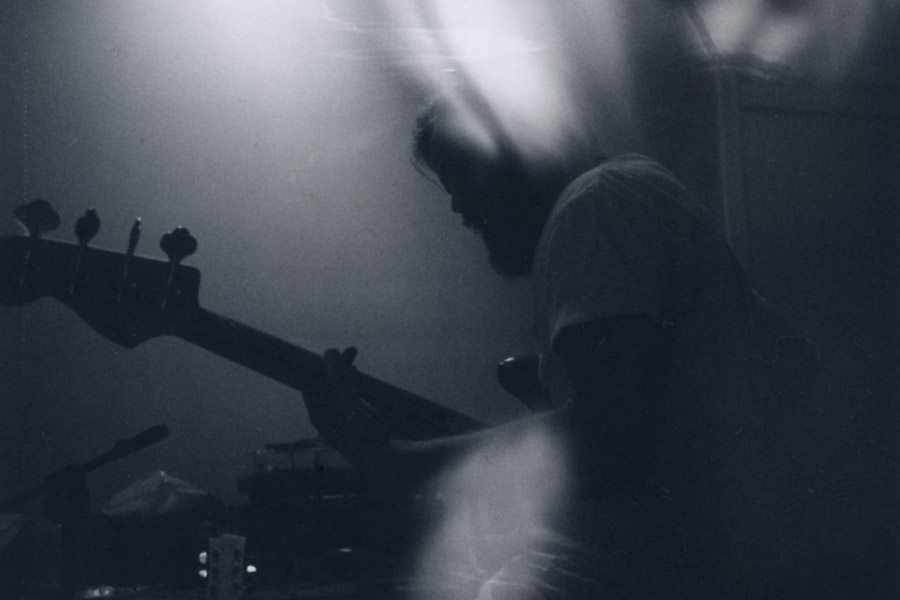 Cohesive, self-reflective and somewhat therapeutic, Wells have openeed up the creative floodgates with an expansive new EP A Record of Affections.

A Record Of Affections offers up four tracks, both new material and rewrites of old songs from Cairns’ vaults. He summarises the collection as “deeply personal in their subject matter and immediate in the method that I captured them”. Indeed, if you’re familiar with the ambient darkness of his versions of There Is A Light That Never Goes Out, or Born To Die, this EP will instantly sound raw in comparison.

Perhaps my favourite disclaimer from Wells reads “I am aware how sloppy the bass playing is and that’s exactly how I like it”. This comment relates to Divers (Domino With a K), an opening track with an intriguing title. Along with a scratchy acoustic guitar, the so-called sloppy bass brings a relaxed ambience to the track. There is something pleasantly off-kilter about the whole thing which brings Bob Dylan to mind, reinforced by the semi-cryptic, conversational lyrics.

Lyrically, A Record Of Affections is brilliant. Our previous encounters with Wells have left us impressed by the song crafting and arrangements, but these four tracks showcase Cairns’ ability to convey the same emotion through understatement and simplicity.

As a collection, the EP draws on distinct memories and feelings from Cairns. Divers (Domino With a K) describes the chance meeting that can change a life in profound ways, starting out with a house party you weren’t even invited to. The lazed Southern Coast details an afternoon driving around the Southern Highlands, and “the optimism that I felt that day, with only a hint of the clingy fear I felt when reminded of the possibility of losing it all”. It features a music-box piano line, the only part not performed by Cairns on the EP.

Followed by The Biggest Fool, the music box feel continues with a waltzing rhythm to underpin this rewrite of an earlier folk song. Revisiting his work, Cairns explains “I play around in the lyrics with how naïve the song feels to me now. I kind of turn the original’s meaning on its head so that it is relevant to where I am in life currently.”

The closing track Via Lucis was actually the first of the four songs to be written, some time before Cairns realised that this EP would ever be written as it is. He describes the song as “a devotional of sorts”, as the title translates to “through light” in Latin. It’s perhaps the most purposeful of the four tracks, harbouring a definite beat and a sense of optimism.

Despite having met with that frustration, it appears that something finally came into focus for Wells, as Cairns find his way with this release. Recorded in a dilapidated home studio on half broken equipment and surrounded by nostalgia, even the gear seemed to overcome a time of hardship to lay these tracks down.

A Record Of Affections is, in many ways, a definitive EP release. In and of itself it’s a beautifully crafted slice of Wells, and clearly exorcises a few demons. And as a part of the journey, it fits well as the tipping point which sees Wells embark on the next stage.