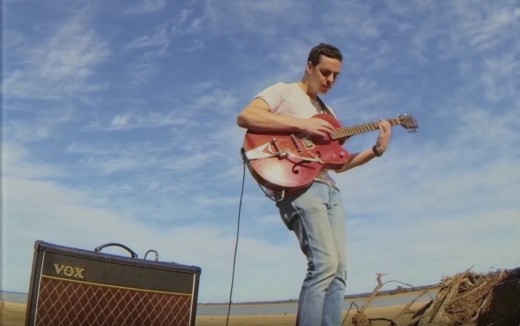 Rolling Blackouts have had a massive year, and there’s no sign of them slowing down. Following the release of their most recent single Wide Eyes, the Melbourne band have now dropped another single, titled Tender Is The Neck. Keeping up their fast-paced schedule, they will be supporting Bully on their national tour in December, playing a slot at Sydney’s At First Sight Festival on November 14, and hitting up Melbourne’s The Gasometer on November 20 for a one off headline show.

The release of Tender Is The Neck comes in anticipation of the release of their debut EP Talk Tight, which is set for release this Friday, October 23 through Ivy League Records.