Melbourne’s loveable outsiders RVG have returned with their second album and it does not disappoint.

The ten-track offering traverses far-reaching metaphorical ground, all the while anchored by the unencumbered realism of Australian punk rock. On Feral, RVG continue to inhabit unlikely moments, using allegory to reveal the contradictions of being human, all the while hoping for a better future.

Feral is certainly a development from its predecessor. The band’s 2017 debut, A Quality of Mercy, was recorded at Melbourne’s The Tote for 150 dollars. At the time, lead singer Romy Vager uploaded the album to Bandcamp thinking that nothing would come of it. In a 2018 interview with Double J, Vager would reveal that she had given up on being in a band. The songs were written for her own purposes. But despite her best efforts, they resonated with others.

The tension between the personal and societal lies at the heart of the music of RVG. Vager is the perennial outsider, but the inherent irony is that it also makes her the perfect protagonist. Album opener Alexandra, in particular, explores this binary. The track was the first release from the band since A Quality of Mercy, and in some ways, its sheer impact echoes that of the opening title track from its predecessor.

“Come Monday morning/You may find me dead/You may not find my body/But you might find my head/In a motel closet/Or under a motel bed/This is the life I lead,” she begins.

Even on a bad day, Vager could give Tarantino a run for his money. Her ability to wield imagery and metaphor, as well as her willingness to enter into the minds of others was well established on A Quality of Mercy and is only furthered on Feral. It’s a trait which gives an unapologetic collection of Australian rock songs a kind of sprawling cinematic dimension. In many ways, it feels like Vager belongs to a different era of lyricists.

Alexandra describes a narrator shunned by her community for being different, who feels that her death would come as no surprise to them (“This is the life you chose to lead”). Her “catatonic” mother thinks the devil has visited her, because: “How else can she explain/Why I am going to hell”, and her bayonet-carrying father says: “Once you dishonour us/That’s where my patience ends.”

Yet the narrator maintains that she has never hurt anyone – as long as you don’t count herself (“I cut a big hole in my heart”) – and despite the persecution she has faced, she only wishes to express her unconditional love for her younger sister.

The familial dynamic is told with such brutal emotional precision, it’s hard not to feel that this story has been lifted directly from Vager’s own life. But then again, even her most allegorical lyrics feel that way – a fact which serves as a testament to the deeply empathic realms of her poeticism. Whether or not it’s personal, the story serves as a metaphor for the oppression that marginalised people so often experience in broader society, a subject that’s incredibly important to Vager.

Sonically, the production of Feral production is sharper, more up-front, and a little less Martin Hannett than its predecessor. The album was recorded in Melbourne’s Head Gap studios, with renowned producer Victor Van Vugt (PJ Harvey, Nick Cave & The Bad Seeds). Rueben Bloxham’s guitars are crisper and Marc Nolte’s drums are more present, and ultimately, Feral is better for it. But the sheen of studio gear aside, like its predecessor, the album was recorded live and the RVG spirit remains strong.

On Asteroid, Vager ventures further into minds of others, describing philosopher Ludwig Wittgenstein, who when faced with a single realisation, realises that his entire world has turned upside down.

Similarly, on Christian Neurosurgeon the idea of cognitive dissonance is presented through a breathtaking visual metaphor of a Christian neurosurgeon searching for a cross in the medulla oblongata part of the brain. In a kind of inversion of the perspective of Alexandra, Vager presents a commentary on how the individual can convince themselves of the importance of their needs over that of the collective.

It’s this kind of incisive commentary which makes RVG so pertinent. On Help Somebody, Vager seems to address PC culture and the notion that change needs to be about more than just signalling:

“And I don’t want to talk about/What’s fascist and what’s not/I could gaze into hell/To admire its flaws/Or I could spend my life/On a worthy cause.”

Yet whilst Vager approaches things with a critical lens, at the heart of what she says lies a consistent yearning for empathy, inclusivity, and love.

Elsewhere, on I Used To Love You, Vager departs entirely from the realm of allegory to present what is perhaps the simplest, and in many ways most abstract message on the album: “I used to love you/But now I don’t/And I won’t feel sad/We’re just not the same anymore.”

For all Vager’s surgical reasoning, in this heartfelt moment she appreciates that you don’t always have to seek out elaborate explanations – sometimes things are just as they are. 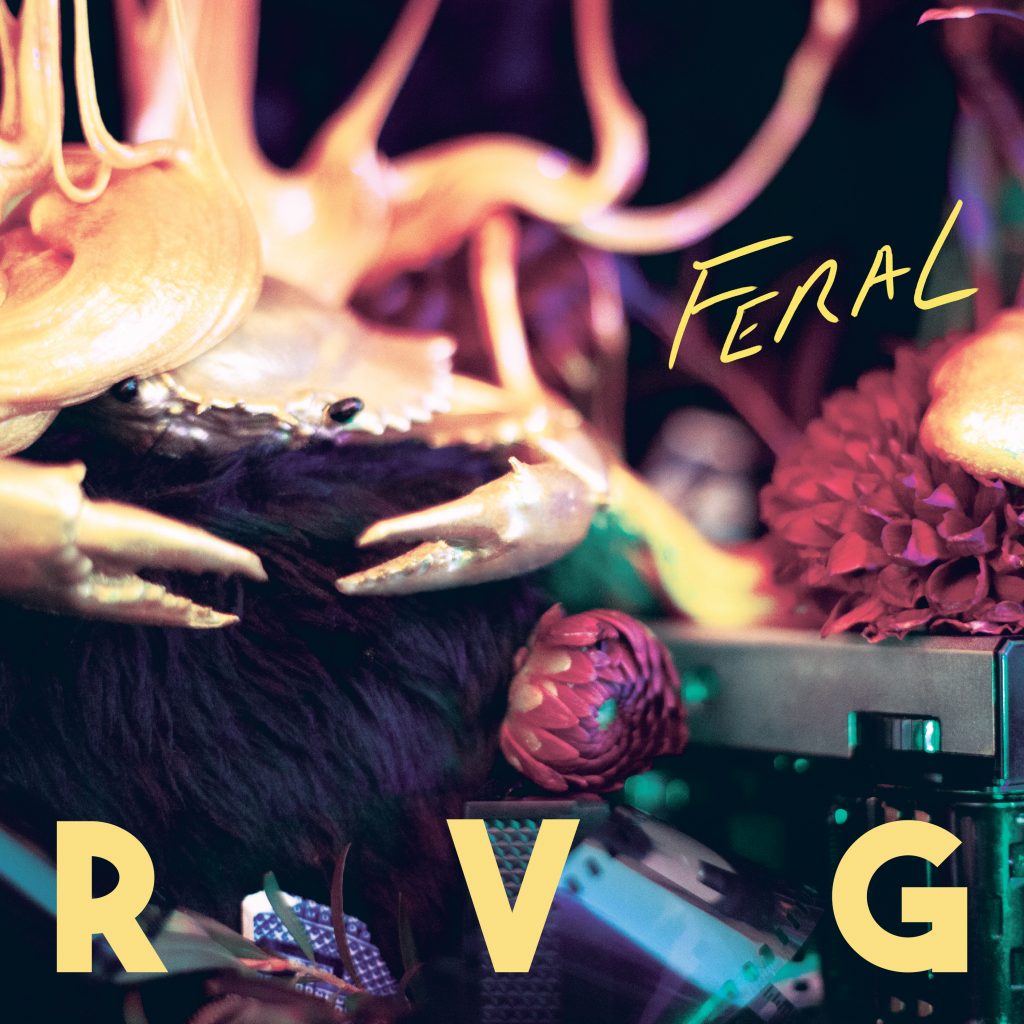 Amongst all the allegories, it can be hard to find the real Vager. Instead, she forces us to appreciate the beauty of storytelling. Nowadays, reality television and social media give us too much access to people. We feel entitled to know every detail, even though, ironically, the world that we are privy to is far from the real.

Instead, Vager exists in all the stories she tells, each of them containing some emotion she has once felt. Vager reminds us that sometimes stories can tell us more about ourselves than anything else. And for all its fantasy, listening to Feral is a very grounding experience.

Feral is out now on all platforms, grab your copy here.