Being young is typified by the in-between experience. The world of Ronnie Scott’s debut novel, The Adversary (Penguin) finds characters with nothing in their pockets but loose ends, constantly moving, yet frustratingly static.

Set in a single, steamy Melbourne summer, the book takes us into the world of an unnamed protagonist, as he fights quiet internal battles on the way to finding a sense of self.

The Adversary is Ronnie Scott’s tale of a young man on the path toward adulthood, taking detours through social awkwardness, sexual awakening and obsession.

Languishing throughout the winter in a ramshackle house in Brunswick, the central character and his housemate, Dan, are looking forward to seeing what the summer has to bring. With the uni year done, our protagonist spends countless hours staring at his phone, while Dan, newly employed, enjoys the new-found freedoms that economic stability brings.

The relationship between the two characters is the engine room of the narrative. There are tensions between them, sexual and otherwise, manifest in their interactions. Early on, there’s a confession that underscores the dynamic:

As much he looms large in the main character’s life, Dan is planning to escape. Ensconced in a steady relationship with Lachlan, the sanctuary of their sharehouse begins to feel claustrophobic. As such, Dan cajoles the protagonist into expanding his social environment—no small feat for someone used to scrolling through hook-up apps and taking solace in cheap booze, alone.

Gradually, more men come into the life of our reluctant hero. The Richmond Stranger emerges and reemerges throughout, an earnest presence who occasionally falls victim to the exploitation of the protagonist, the fashionable and fun Chris L and the mysterious Vivian, who becomes the object of obsession:

“Was this what a crush felt like—brainless and harsh? It felt right and wrong at the same time, which meant it had to be wrong. I couldn’t like Vivian, we had barely six words. I just hadn’t slept with someone in a very long time, and wet cement and chlorine had a provoking quality.”

The crush reads true. Scott’s rendering of this infatuation skates around cliche and instead presents it with ambivalent realism because, …”the doubting only made it more delicious and complex, the same way that Vegemite had to be spread very thin or you realised it was salty and unreasonable.” This is only heightened by the developing complexity surrounding the whole group.

Throughout the book, the protagonist’s relationships with each character leads to inevitable growth, no matter how painful. One of the book’s triumphs is how Scott depicts these transitions with such realism. Just like in real life, tensions that can build up over years can be broken in a season, such is the case in the sweaty summer of The Adversary. And just who is The Adversary? It would be all too easy to come to the conclusion that Dan—the guiding light of the protagonist’s early adulthood—is a domineering figure that must be defeated. But no, that would gloss over the tenderness and complexities in their friendship.

Hanging a title like this on the book is an ingenious device. Equally so is the fact that a name isn’t bestowed upon the main character and narrator. The confessional nature of the novel is so distinct that it becomes all too easy to put yourself in the shoes of this nameless storyteller. With all the foibles so painfully relatable, The Adversary might be the one that stares back at you in the mirror.

Though the hero’s journey is significant, Ronnie Scott’s debut is anything but a dirge. The prose is full of verve and humour, the characters drawn with vitality. Whether you have experienced this episode in your own life or not, you’ll bask in the summery haze of The Adversary long after you’ve finished reading it.

The Adversary is available now, via Penguin. 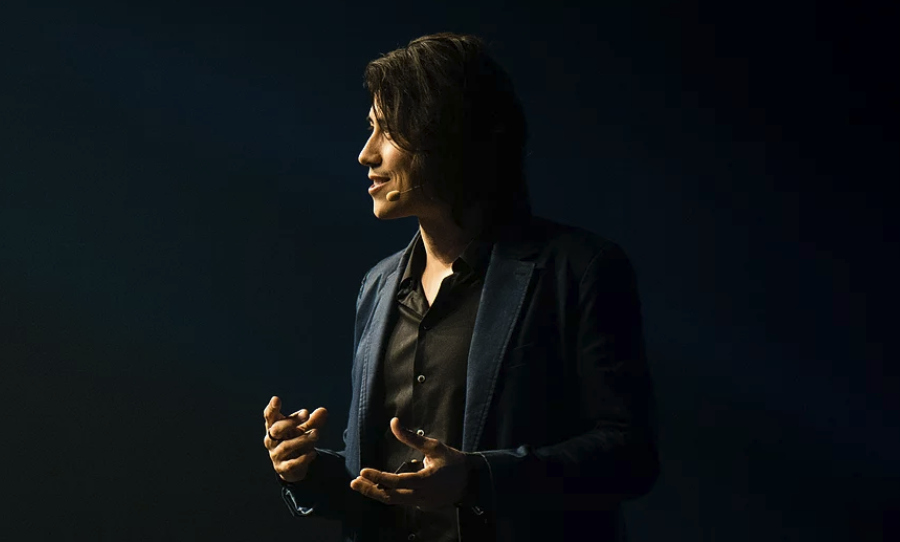 'A Human's Guide to the Future': exploring new frontiers in tech with Dr Jordan Nguyen