Firstly, if you haven’t already checked out Nina, the new single from SAMAS, stop what you’re doing and go listen to it now. The track is a warm and deeply nostalgic slice of indie-rock, and we’ve had it spinning on repeat ever since we first laid ears on it.

So, fresh off the track’s release, we caught up with the artist himself to chat all about it, isolation, musical influences, and heaps more. With an amazing debut single, Nina, hot off the press, we caught up with Sydney-based artist SAMAS to chat all about it.

HAPPY: Hey Sam! How’s it going? What are you up to at the moment?

SAMAS: Pretty good just tryna not get bored to death with all the weirdness crankin at the moment.

HAPPY: Congratulations on the release of your debut single Nina! How does it feel having it out there in the world?

SAMAS: Feels good seeing I’ve sat on it for so long and people seem to be liking it

SAMAS: I wrote the song for my grandmother who I owe a lot to but I also ended up turning it into a kinda love song to appeal to the masses

HAPPY: With a little help from your musical friends (Tuppaware Party, Kava Kings) on this one, do you think a collaborative process is your best approach to writing your own music?

SAMAS: Yeah for sure I think it turns out better I mostly just have an idea with a few chords and the lyrics then Tom helps me put the icing on it and make it a full song.

HAPPY: The video for Nina captures such a quintessential backyard Aussie experience. Was this footage taken intentionally for the clip or was it something put together after the fact?

SAMAS: No not at all I was really off the idea of having me play or sing the song so me and my friend Muz just filmed a bunch of random stuff and stuck it all together which turned out good.

HAPPY: What kinds of music were you listening to when you wrote and recorded the track?

SAMAS: Can’t really remember exactly it was so long ago but probably oasis mainly I’ve been listening to them for a couple of years straight now it seems.

HAPPY: Is Nina a taste of something bigger to come? Or will this be a standalone single?

SAMAS: I have an EP on the way but the songs are a bit more heavy than the single so I’d say it is a stand-alone. The EP has a lot of different genres thrown into it over the 5 songs and I’m stoked how it turned out. It features Bryce and Tom again and also Cam (from Sketchy Fancy) in there so expect some gnarly guitar.

HAPPY: Has isolation been a creative period in general for you?

HAPPY: Venues are starting to reopen, is performing live something you’re keen to explore? Who’s your dream support slot?

SAMAS: Yeah I love playing live. That’s a bit of a hard one I’ll say Rodriguez cos I’ve been listening to Cold Fact on repeat for about a month now.

HAPPY: Cheers for the chat Sam!

Nina is out now. Watch the video above. 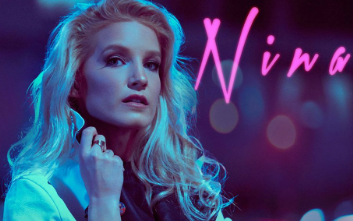