South-Sydney band, SAMAS, release your classic dirty pub EP, that cannot be heard without a cold beer in hand.

Rock-rage group, SAMAS, release a collection of their four singles in a self-titled EP.

After forming just one year ago, the group has wasted no time playing sold-out shows around the Shire and making music for the people who don’t give a shit about rules.

Whilst the EP is short and sweet in length, SAMAS spare no seconds deep diving into their chaotically radical lifestyle.

Each track stemming into a different rock riff, each with a tune that will inevitability be echoed by a crowed wherever they play.

The first track, Drink Alcohol, is an embodiment of the lyrics; “alien in a sketchy street”, dark and hypnotic. The blend of the echoed guitar riff and SAMAS’ frontman, Samuel Vickary’s vocals, magnifies a carefree angst that is both dangerous and bloody exciting.

Let’s Go Blues follows next, just in time for this weekends State of Origin match. The track has an electrically vibrant and rocky beat, destined to be played on the stage of a stuffy, sticky-floored pub.

Outta Sight cracks through next, with the chaotic vibration of a swirled mosh pit and the melody that screams radicalism. “fuck the world and feel no shame/I would’ve feel joy if I didn’t feel pain/ fake a smile walk through the rain” Vickary sings.

The final trap on the EP lays on SAMAS’ range, the hard-hitting track Smokin’ – Acoustic. The track may not have the same sonic volume but it etches deep in the gut, lingering like a cloud of smoke.

The lyrics are addictive, each time you listen, another layer cracks open; “Cause I’ve seen the people on the packets and the stories they’ve told/but I’ve also seen stone-cold sober people and their dole/so twist one, pass me that spliff/cause if I couldn’t joke and smoke with you I’d jump off a cliff”.

Check out SAMAS’ self-titled EP below: 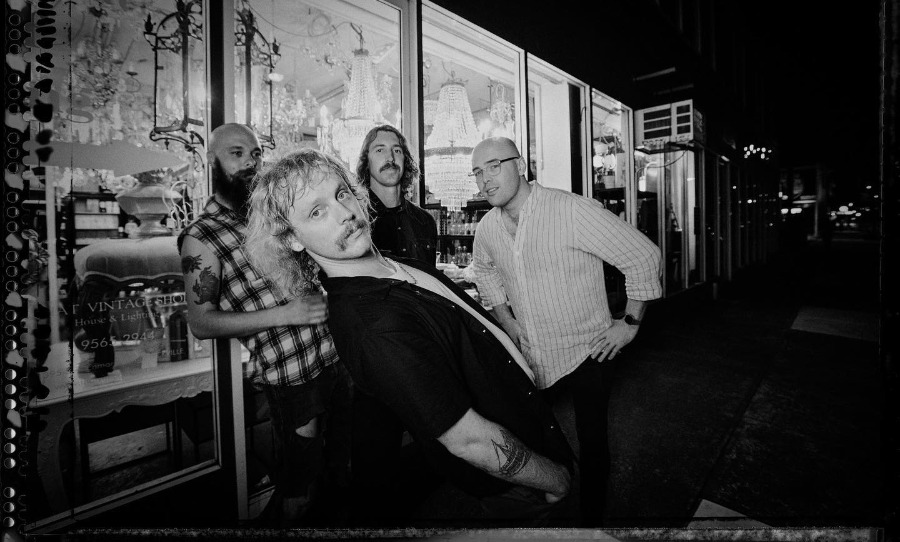