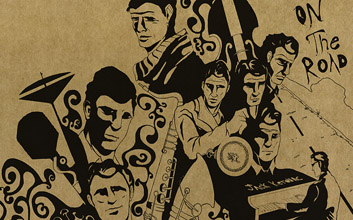 Jack Kerouac’s On The Road is inextricably entwined with the distinctive qualities of jazz: its prose is an undisturbed torrent, free-flowing and almost entirely devoid of form, but passionate and fiery, and as legend has it, written in its entirety during a three-week bender. 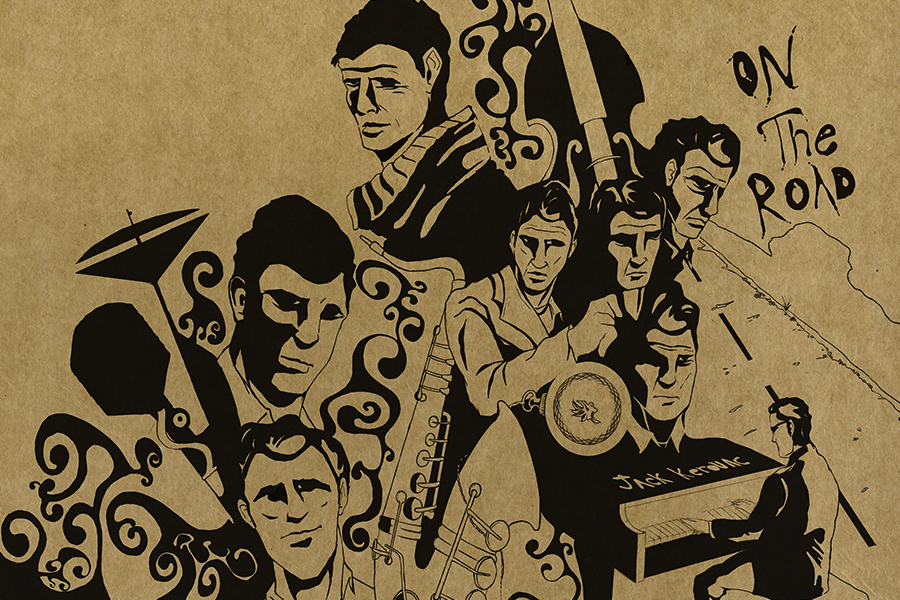 Check out this epic 25-track playlist of jazz music from Jack Kerouac’s Beat classic On The Road, featuring tracks from Miles Davis, Dexter Gordon and other jazz greats.

However, jazz’s influence on the novel extends past its stylistic qualities.

Though subtle, jazz music constitutes an essential atmosphere in On The Road. “Kerouac often made it clear that the sound of jazz in the 1940s had a lot to do with the kind of tone, intensity and unpremeditated drive he was trying to capture in the rhythms of his book,” writers the Guardian’s John Fordham in his article, Jazz Audiences are always On The Road.

“In Los Angeles, Kerouac describes ‘the wild humming night of Central Avenue – the night of Hamp’s (that’s swing-band leader Lionel Hampton’s) ‘Central Avenue Breakdown’ – howled and boomed … they were singing in the halls, singing from their windows, just hell and be damned and look out.'”

Below is a collection of explicit references to jazz songs just like this, pulled straight from the book and collated in a 25-track playlist.

The music featured includes Miles Davis and the Charlie Parker Septet’s Ornithology, which as Open Culture notes Kerouac uses to establish the period of bop in which the novel opens, and Dexter Gordon and Wardell Gray’s The Hunt – “so invigorating a live recording that Neal and Sal put it on the turntable in two separate chapters”.