Amongst the many that are mourning the heartbreaking passing of Supreme Court Justice, Ruth Bader Ginsburg, is none other than rock and roll icon, Stevie Nicks.

She took to twitter to address the passing of her “hero” on September 18th, after Ginsburg lost her battle with complications from pancreatic cancer. “She fought for me and all women,” Nicks described. 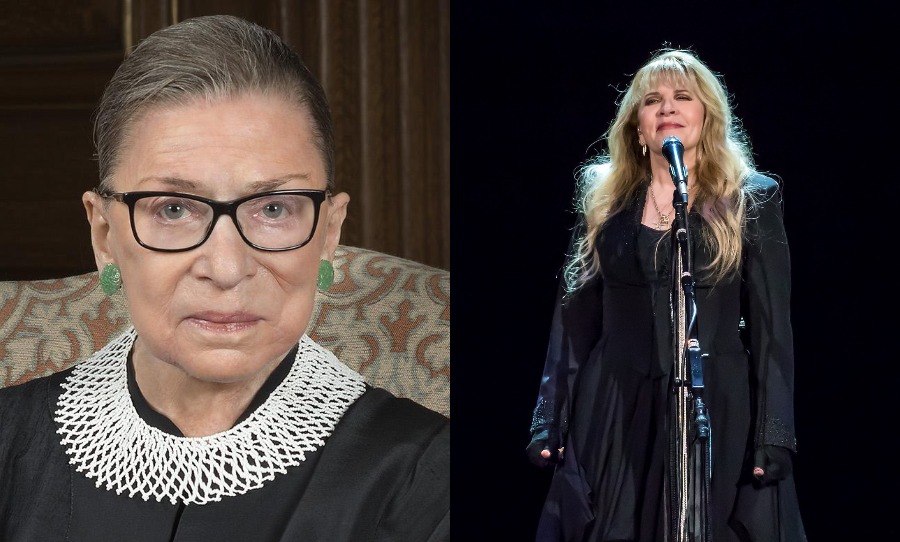 In an emotional and eloquently written tribute, Nicks expressed that she felt the same gut-wrenching sadness that she did when her own mother passed. “My tears have not stopped since a friend tip toed into my room and said, “Stevie, Ruth died” (No need for a last name…)”.

“Fight for the things that you care about, but do it in a way that will lead others to join you.”
~RBG~ pic.twitter.com/BUOZu7AFOA

She wrote that she wanted to express an immense amount of gratitude for the incredible strides Ruth Bader Ginsburg made for women, and the dedication she put into committing her entire career into eliminating gender-based stereotyping in legislation and regulations: “I wanted to meet her. I wanted to hold her hand and give her a huge hug and thank her for all she had done for women, and for all she would continue to do.”

To honour her passing, Nicks wrote, “If I lived in Washington D.C., I would be standing on the steps of the Supreme Court with as many long-stemmed red roses as I could hold~ and a candle. I will light that white candle here, at my house, right now~ and I will go find the most beautiful rose in my backyard~”

RBG’s legacy, as a woman and especially as a woman in her first year at an Ivy League university, means that without her I would not have the life or opportunities I do today. #RIPRBG

Ending her passionate and heartfelt tribute, Nicks wrote, “She was our girl – our champion – our finest example – she was Ruth…”

You can read Nicks’ tribute in its entirety below.