The Melbourne-based group, led by singer-songwriter Brad Ellis, release the longing homage about what could’ve been. Imaginatively glistening in effortless clouds, God Damn Plan is a moving echo into the void of plans that will never materialise.

The Hunter Express have also released a music video that is as visually moving as their intricate sound. Frontman Ellis, poetically pours his lyrics with almost magnetic ink, pulling you in with the rawness of his voice and longing gaze into the lenses of the video.

God Damn Plan feels like you’re waking up from a dream, honey-smooth in its synths and subtle drums, all blended with the sweet hymn of the electric guitar. The misty track is hypnotically infatuating, making it impossible to not feel every movement of co-director Jess Walters who sways effortlessly in tune with the rhythm.

What is most moving about this dream-awakening single is its ability to reveal the hidden cracks in the “God Damn Plan”. Along with the album cover, the film displays the backdrop of a white picket fence, shrouded by green bushes at a music venue rooftop in Brunswick. But what is quickly made clear is that the fence backdrop is merely a poster, manufactured, not real, and in essence cracking the picture of a “perfect facade”.

The tearing of the facade is intensified with Walters’ emotionally cathartic twirls and Ellis’ lyrics; “was this your God damn plan/where is us in that?”.

The track was put together at Sauna Studios in Collingwood and engineered by Robert Muinos, known for his work with Julia Jacklin and Nat Vazer. Crafted above a vintage guitar shop, The Hunter Express irrefutably harnessed every string they sat above, building the intricately moving soundscape.

Along with their release, the group have also announced their upcoming gig at Some Velvet Morning on May 15. 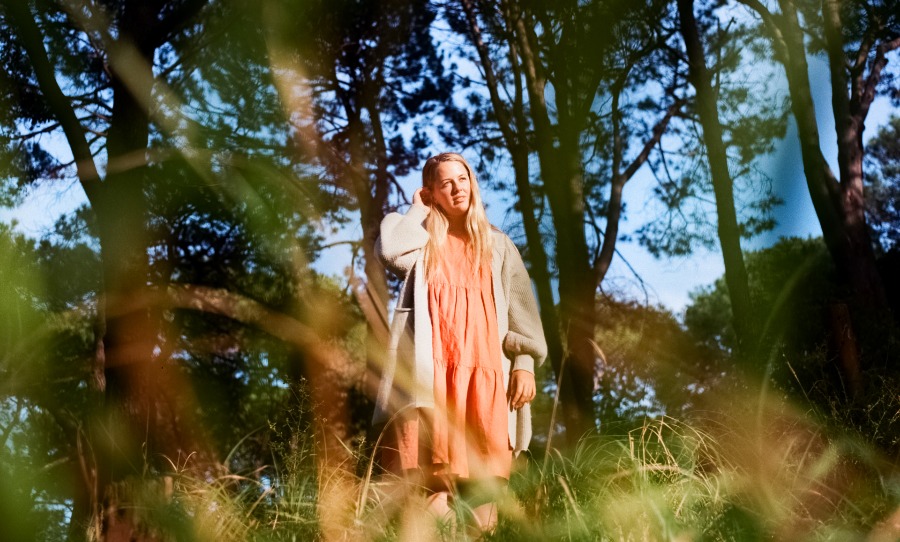 PREMIERE: Arrowleaf's LP 'Getting By', the ultimate river of escapism