The Rolling Stones - 'Sticky Fingers': Why It Mattered
Skip to content
[gtranslate]
DC Despite the group falling to the lowest of lows, The Rolling Stones found themselves at their peak after Sticky Fingers was released.

Boasting a tracklist that features a massive chunk of the band’s now-signature hits, Sticky Fingers by The Rolling Stones was a true turning point for the band, marking a change in sonic style, and cementing the group’s future. Over half a century later, Sticky Fingers is considered one of the best rock albums ever released, thanks to a sound that perfectly encapsulates the band’s drive into the ’70s.

Sticky Fingers was an album that was destined to become iconic. The Stones were in a dark place, with founding member Brian Jones tragically drowning in 1969. Furthermore, disaster had struck later that year during their performance at the Altamont Festival when members of the Hells Angels Motorcycle Club began a violent attack, resulting in the death of four people. The group had been backed into a corner, with the growing disinterest of fans on one side, and the press on the other.

With no option but to prove to their listeners that they were still an essential presence in rock ‘n’ roll, their new album had to make a statement. As a way of escaping the massive tax debt they had accrued during the ’60s, the band started their own label, Rolling Stones Records, and began work on their new album.

The first tracks were recorded at Muscle Shoals Studios during their 1969 US tour. Over three short days, Brown Sugar, Wild Horses and You Gotta Move were recorded. Guitarist Keith Richards remembered the experience — in the 2013 documentary Muscle Shoals — as one of the best recording sessions they had ever had.

“[The session] was one of the easiest and rockingest sessions we’d ever done. I don’t think we’ve been quite so prolific… ever. Those sessions were as vital to me as any I’ve ever done. I mean, all the other stuff we did – ‘Beggars Banquet’, ‘Gimme Shelter’, ‘Street Fighting Man’, ‘Jumpin’ Jack Flash’ – I’ve always wondered that if we had cut them at Muscle Shoals, if they might have been a little bit funkier.”

The rest of the album was recorded out of a mobile studio unit at Stargroves, Mick Jagger’s mansion in Hampshire. These sessions also flowed seamlessly, with most of what was recorded being used, if not on Sticky Fingers, then on their next album, Exile on Main St. The album was worked on for the entirety of 1970, and by the 23rd of April 1971, it was finally released.

Unlike much of The Stones’ previous work, Sticky Fingers featured little psychedelic experimentation and was strictly focused on the fundamental rock ‘n’ rolls. Guitarist Mick Taylor was brought in from John Mayall’s Bluesbreakers to fill the void left by Brian Jones. This resulted in the blues-inflected riffage is one of the record’s most memorable hallmarks.

Upon release, Sticky Fingers was greeted with an explosive response, not all of which was positive. The album featured artwork designed by Andy Warhol, that displayed a closeup of a man’s denim-cladded crotch, with a working zipper fly. This bold move was met with controversy, but also the energy of rebellious sex appeal that drew listeners in, almost daring them to unzip and find out what was inside.

The content proved to be almost as daring as the sleeve, as the record starred a pink centre, with a winking eye, and for the first time, the signature Rolling Stones tongue and lips logo. This was an artwork that perfectly personified the band at their peak — bold, rough, and not afraid to go back to basics.

Then there was the music. Opening with Brown Sugar, the album takes the listener on an emotional rollercoaster. Tunes like Can’t You Hear Me Knocking will have you wanting to get up and dance suggestively, with its rocking energy and sexual swagger, while ballads like Wild Horses display a softer side of the band, reminiscing on deep love. Mick Taylor’s influence is obvious in tracks such as You Gotta Move and I Got The Blues, solidifying the importance of his role in the band, and the way it changed their sound.

Despite this exploration of passion and emotion, Sticky Fingers remains one of the most consistently powerful albums The Rolling Stones ever recorded. To this day, it maintains sonic relevancy. The album has reached triple platinum status, is number 64 of Rolling Stone Magazine’s 500 best albums of all time, and has influenced countless musicians and bands throughout the last five decades.

The Rolling Stones defied all odds with this album, overcoming the loss of a bandmate and friend, disastrous press coverage and deep financial strain. It only makes sense that an album that could overcome all that would become a touchstone. 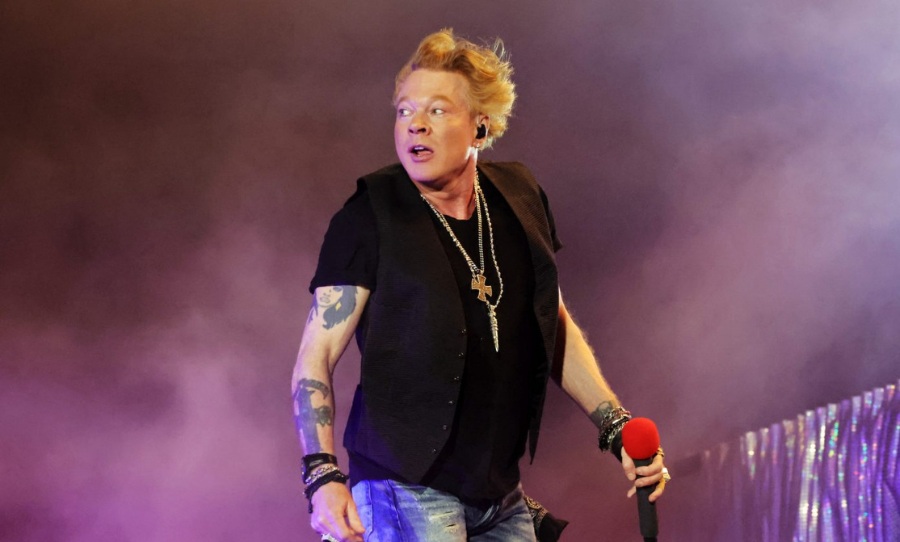