Once upon a time Mick Jagger told rock journalist Lisa Robinson, “There really is no reason to have women on tour, unless they’ve got a job to do. The only other reason is to fuck. Otherwise they get bored; they just sit around and moan. It would be different if they did everything for you like answer the phone, make breakfast, look after the clothes and the packing, see if the car was ready — and fuck.” Sadly, things haven’t changed much since Jagger made this statement; in many ways, music and its surrounding industries are still as much of a boys club as ever. 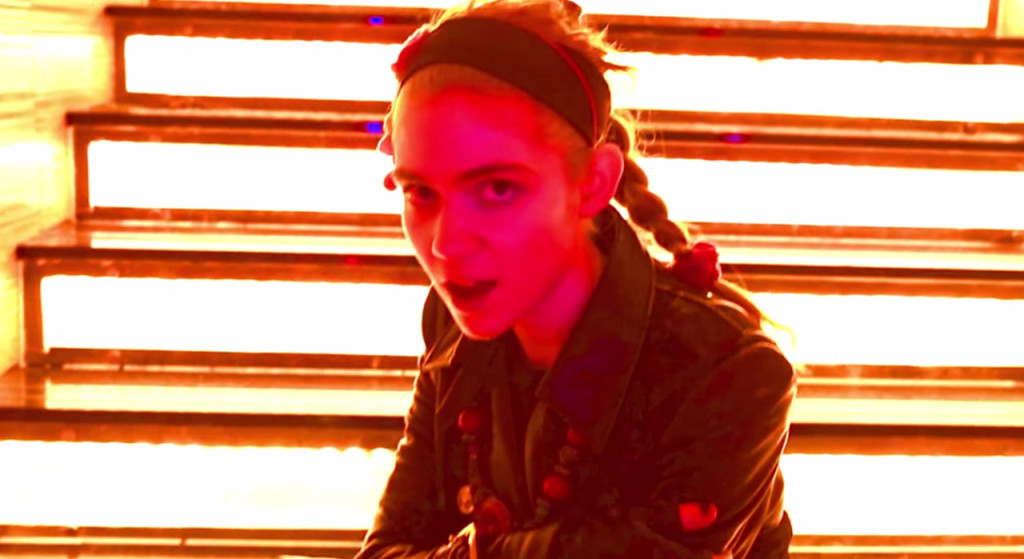 With so many great women shaping and guiding the music world we have to ask, why does sexism in the music industry still exist today?

Whether you’re Bjork having to “Say everything five times” that a guy says once, Taylor Swift not getting credit for writing her own songs, or a female punter in a mosh pit getting felt up against your will, you probably can’t deny that music has a bit of an issue with sexism.

We all know it’s happening, and honestly many of us (even feminists) are a party to it. We criticise Madonna for getting her gear off at the ripe age of 57, we talk more about Beyonce‘s high-profile marriage than her music and female artists played on radio are still hugely outranked by males.

In triple J’s Hottest 100 of the last 20 years a couple of years ago, many were angered by the fact that female artists barely got a look in. Out of 100 artists only nine were women. This would have been surprising if the countdown was the Hottest 100 of all time — but truly astounding as we wouldn’t be crazy to assume that things might have improved during the nineties and noughties.

Last year, electronic musician Grimes released a blog post under the headline I don’t want to have to compromise my morals to make a living, in which she outlined the gender imbalances she has been subject to during her time in music. These include being “infantilised because I refuse to be sexualised,” being “molested at shows or on the street by people who perceive me as an object that exists for their personal satisfaction,” and being “tired of men who aren’t professional or even accomplished musicians continually offering to ‘help me out’“.

Even more recently, the vocalist from Chvrches, Lauren Mayberry, has called out misogyny after being slut-shamed for having wet hair in a music video (what cheek!). She even penned an article for The Guardian in 2013 decrying sexist comments posted under a screengrab she put up of some of the sexist messages sent to the band’s Facebook page. Some of these comments included: “This isn’t rape culture. You’ll know rape culture when I’m raping you, bitch,” and “It’s just one of those things you’ll need to learn to deal with. If you’re easily offended, then maybe the music industry isn’t for you“.

The music industry has long been a home for those considered outsiders or minorities. It has embraced African-American musicians at a time when they still weren’t treated equally in the US; it has made heroes of outcasts like Nirvana and has often (admittedly not always) given those of various sexual persuasions a stage to play on.

But still, the industry remains outwardly aggressive towards females. Those in charge will still try and mould the image of women into a Britney Spears-like Barbie. Audiences still seem to feel they have a right to yell abuse at female performers. And you have to admit, you still see way more male bands popping up on stage than females.

Surprisingly, it seems as though even women within the industry itself are perpetuating controversial opinions that many would consider anti-feminist. Rock legend and frontwoman of The Pretenders, Chrissie Hynde, has recently been criticised for some fairly strong views on sexual assault.

Hynde, a victim of rape herself, stated in her soon-to-be-released autobiography: “If I’m walking around in my underwear and I’m drunk? Who else’s fault can it be? If I’m walking around and I’m very modestly dressed and I’m keeping to myself and someone attacks me, then I’d say that’s his fault. But if I’m being very lairy and putting it about and being provocative, then you are enticing someone who’s already unhinged – don’t do that“.

Unsurprisingly, many have damned her opinion as victim-blaming and irresponsible. One mustn’t dismiss the amazing success she has achieved within a typically male world — that in itself is empowering. But it is particularly shocking that even the women within this business still seem to hold such unfortunate opinions on a woman’s right to her own body.

Like they are in many other industries, women in music are still treated like a novelty. They aren’t seen to be as capable as men, and not as much value is placed on their contributions. While this seems to be changing with more and more female bands and performers popping up — and many of these in Australia — there is still a long way to go.

Far from having to prove ourselves worthy of being in music, it is attitudes towards women in music that need to change. The standard for musicians has always been male; while these standards are of course going to be hard to transform, we need more open-minded audiences, radio stations and record label executives. Women are not just groupies. They are musos, journalists, roadies, photographers, bookers and A&R. We deserve a place in the music industry just as much as men.

As Grimes says in her blog post, “I’m sad that my desire to be treated as an equal and as a human being is interpreted as hatred of men, rather than a request to be included and respected“. This isn’t about hatred or disempowerment of men. It isn’t about telling them ‘the ladies are here and we’re in charge now’. It’s about being given the respect we deserve for being equally as talented, equally as intelligent and equally as unapologetically ambitious.

It’s about being given an equal chance to succeed, and about crying out against the fact that no matter how many Chrissy Amphletts, how many Isabella Manfredis, Joan Jetts or Lauren Mayberrys prove to the world that they can fucking kick arse, women as a whole are still treated as second class citizens in the music world. It sucks, and it’s time to recognise that and make a change.

This is a battle that started more than 50 years ago. And it’s utter madness how little has changed. Sexism in music is real and those at the forefront of creative industries are the most able to effect change.