Do you know anyone who took up smoking because Pulp Fiction “changed the way he perceives the world”? Sorry to break it to you, but they’re probably a softboy.

He turned up to a party you attended, wearing a beanie that suggests he’s about to audition as one of the wet bandits from Home Alone, “appreciating” red wine while everyone else gets loose on beer and spirits.

He stared at you the whole night but never came over to say hi. Yet the second you get home, he’s texted: “It was great seeing you tonight. Wanna meet up soon? x”. You’re not planning on going to his house… but if you did, he’d ‘introduce’ you to Radiohead and explain that nobody relates to Creep the way he does.

Softboy is a culture, but it’s also an aesthetic, inspiring millions of TikTok videos that will teach you the intricate art of wearing a sweater over a white collared shirt (thank God there are instructional videos for that).

Great, so now I know how to spot one in the wild… but what does the term softboy even mean?

We’re so glad you asked. The softboy, or ‘softboi’ as they’re sometimes referred to, first rose to notoriety in 2015 after Californian writer Alan Hanson wrote a poetic comedy piece titled “Have you encountered the softboy?”.

If you hold credibility in the Urban Dictionary, they define a ‘soft boy’ as being “a less masculine boy who is described as “cute” based on their soft or gentle characteristics”.

The golden age of softboy-ary

In the past, anyone who challenged stereotypes of masculinity was considered a softboy. Think Harry Styles and Cole Sprouse a few years back, the sort of boys that traded out football for dancing and poetry. You’ll probably cringe at this suggestion, but David Bowie may have been a softboy pioneer (without the negative connotations of course). There’s nothing we love more than male and non-binary celebrities doing whatever the hell they want, regardless of gender stereotypes.

It truly was the golden age. The alphas learned that you don’t have to be vegetarian to talk about your feelings, and gender non-conforming in the media helped a generation of young people feel slightly more represented.

Um… so what’s wrong with being less masculine and in touch with your emotions?!?

You’re right, there’s absolutely nothing inherently wrong with being emotionally sensitive. In fact, we absolutely love to see it. But the softboy has evolved to understand that, in the same way wild animals have learned how to open tent zips to get their paws on the finger buns you were saving for after dinner.

The once genuinely emotional softboy, now behaves in a way that is described as petulant vulnerability; a term coined to describe an emotional facade used to manipulate others.

But the rest of the world has caught on to their manipulative ways and right now is a difficult time to be a softboy.

The internet is making fun of them, but they’ve already spent all their money on tote bags and an annual pass to the art gallery in case one of their Tinder matches ever replies to their opening message (which is probably something about Freudianism).

But there seems to be a shift in culture, which has seen softboys and ‘nice guys’ overlapping to form a Venn diagram with the word “misogynist” written clearly in the middle.

Just a quick recap for those playing at home; a ‘nice guy’ is often, but not exclusively, a fedora-wearing, neck-bearded man who likely refers to women as “females” and offers a trojan horse of ‘niceties’ expecting sex in exchange.

On the other hand, softboys take a manipulative route on their quest for a shag that ranges from pseudo emotion to straight-up negging. They won’t hesitate to tell you, “You seem basic but I’d still be keen for a few months of something casual,” nor are they too embarrassed to say “ur so mommy it hurts.”

Perhaps the greatest signifying trait of a softboy is their tendency to gaslight the heck out of you. He might tell you that “you’re too sensitive,” or apologise by saying “I’m sorry you think that I hurt you,” instead of like, being accountable for their actions.

A post shared by we r all indie softbois here (@beam_me_up_softboi)

A softboy’s favourite part of feminism is the plethora of love-making (as they’d probably call it) that comes gift-wrapped from the entire population of women, as a thank you for making their world a better place. But when their Shakespearian request to gaze upon thy bare female body is rejected, and they realise the abundance of sex is completely in their heads, he’ll probably say something completely non-problematic like, “you’re not good looking enough to act the way you do.”

Aside from the misogyny, softboys genuinely believe that they are more intelligent than pretty much every woman to ever exist. Hence, they feel the need to give you a step-by-step guide of how to “properly” listen to music and shame you for watching reality TV.

But in the unlikely event that you’re deemed intelligent enough to be treated like an actual human being, he’ll tragically tell you that “you’re not like other girls” (which women have certified to be the lamest thing a guy can say).

Now, by no means are we trying to tell you not to be emotional. Self-professed ‘alfas’ are just as problematic. But having emotions isn’t a trade-in for you know, being a complete dickhead.

The moral of the story: Wearing nail polish and a cardigan doesn’t make you any less of an abusive misogynist. 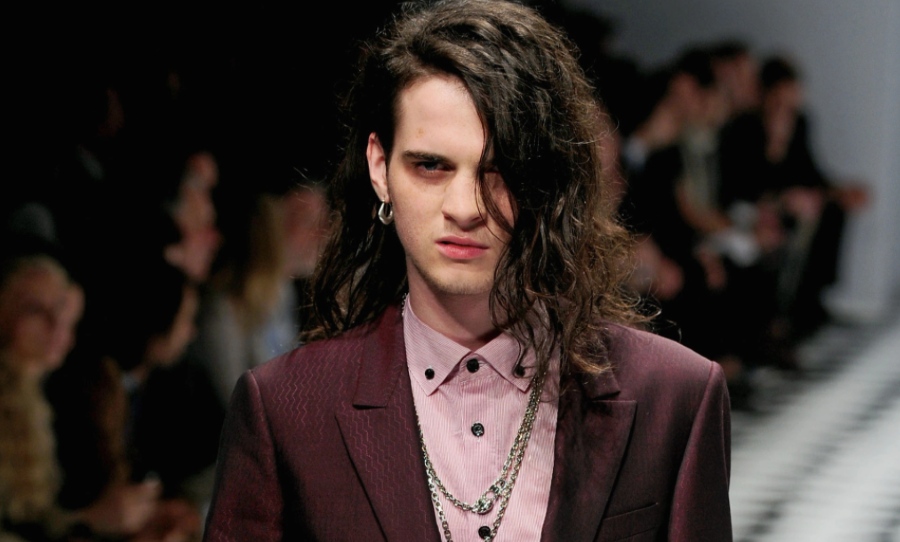