Don’t stop chasing that elusive tail. We dive down the rabbit hole into one of the ’60s most enduring tunes, Jefferson Airplane’s White Rabbit.

Curiouser and curiouser. Jefferson Airplane’s White Rabbit was famously the first pop song focused on the experience of hallucinogens that scored major air time on mainstream radio. The soundtrack of the Summer of Love 1967 perfectly captures the free-wheeling counterculture essence of the band’s leading lady, Grace Slick.

Rising amidst the boiling pot of artists that orbited around Haight-Ashbury in the sixties, Jefferson Airplane came to inhabit the dais of honoured talent shared by their Bay Area contemporaries The Grateful Dead, Sly & The Family Stone, Big Brother and the Holding Company, and Creedence Clearwater Revival. Long names and even longer shadows.

A nestled gem, the two and half minute trance sparkled amidst the golden plated Surrealistic Pillow, and broadcast the hippie ideals of its time. As Airplane founder Marty Balin put it: “It was timely for the ear. The myth, the idea, the acid.”

With character reference’s to a spacey Alice, the hookah-smoking caterpillar, the White Knight, Red Queen, the Dormouse, and of course the White Rabbit, the influence is clear.

But does either work explicitly relate to drugs? Despite encountering pills that make you larger or smaller and eating ‘some kind of mushroom’ that leaves ‘your mind moving low’, Grace Slick is adamant the song does not refer to drugs.

“They also seemed unaware that many books they read to us as kids had drug use as a subtext. Peter Pan uses fairy dust and can fly, Dorothy and her friends in “The Wonderful Wizard of Oz” cut through a poppy field and wind up stoned and fast asleep.”

Slick also sees the song as a liberating call to arms for intelligence and education, to ‘feed your head’.

Funnily enough, Lewis Carroll indulged in drugs while he wrote Alice’s Adventures In Wonderland. He may have taken opiate-infused drug Laudanum (which was readily available to everyone in the 1860s), though his personal journals make no explicit mention of drugs or other mind-altering substances.

Slick wrote White Rabbit at her home in Marin County in 1966. She had purchased a small upright piano for $80 at a warehouse San Francisco, on which she wrote many of Jefferson Airplane’s earliest songs.

“It was painted about 90 coats of bright red and was missing around 10 keys in the upper register. I didn’t play way up there anyway—the notes were too pingy—so I bought it. Jerry and I put the piano in our living room.”

Fittingly, Slick wrote the piece at the end of an acid trip during which she listened to Miles Davis’ Sketches Of Spain for 24 hours straight. The Spanish beat that defines White Rabbit is also influenced by Ravel’s Bolero.

Sitting at over six minutes the original version was much trippier, and three times the length, of Airplane’s single version. It was Eastern flavoured, with an improvised raga intro and Slick’s vocals were more contrived.

Then came a benefit show at the Fillmore in September 1966. Sharing the bill with a crumbling Great Society were Jefferson Airplane, then searching for a new singer. Airplane bassist Jack Casady had seen Grace several times and wanted her in.

“I liked Grace’s singing because we wanted a good, aggressive singer for the band,” says Casady, “She had a unique timbre and sound to her voice; Signe [Anderson], who was our first singer, came out of a folk background and had a contralto voice with smooth harmonies. What I like about Grace was the fact she stood right at the end of the stage and made good contact with the audience.”

Airplane manager Bill Thompson drafted Grace’s contract for a measly $750 and Slick was signed, replacing the clear belled folk tones of Anderson with a fiery, strident approach. And in the following month, the band set out to record Surrealistic Pillow.

Casady recalls the day Jefferson Airplane recorded it: “We recorded it out at Sunset and Ivar, in a huge room at RCA where they used to record A Hundred And One Strings. The room was massive, so we basically set up the instrumentation in the middle of this room and played it live onto four-track. It was very simple to record. I just led the song out as a bass part like Bolero, ripping off Ravel. It was all slow and slinky, it gave us the atmosphere we wanted.”

With with fellow San Fran tripper, Jerry Garcia, credited as ‘musical and spiritual advisor’, the album was a massive success, peaking at #3 on the US Billboard chart and consolidating Airplane’s status as a leading act of the Bay Area.

Grace Slick is still synonymous with Alice’s Adventure In Wonderland, through her time with Jefferson Starship and beyond. Now retired in from the music business, she now runs a one-woman art show in Malibu. Her most popular work, funnily enough, is a series of paintings based on the Alice books.

It seems Slick has lost none of her free-thinking ideologies either. In 2017, she licensed the Starship song Nothing’s Gonna Stop Us Now to Chick-fil-A to use in a TV commercial, but because she disagrees with Chick-fil-A’s corporate views on same-sex marriage she gave all of the proceeds of that deal to Lambda Legal, an organization that works to advance the civil rights of LGBTQ people and everyone living with HIV.

It shouldn’t come as a surprise that someone who could pen a timeless ode to following one’s curiosity would still be committed to art and progressive ideas well after the music had stopped. It turns out chasing the White Rabbit  – at least in Grace Slick’s case – can be a lifetime pursuit. 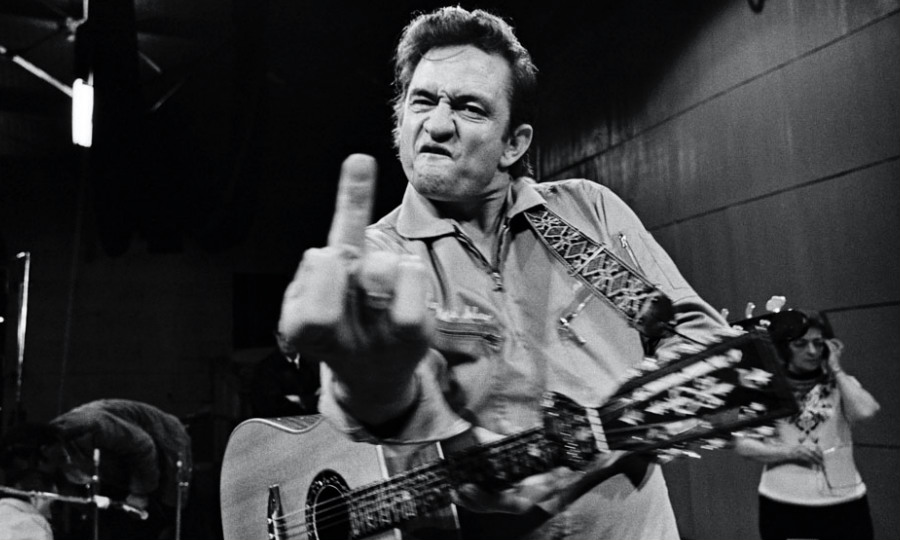