These 10 albums redefined what was thought possible of their respective genres. Dive into the swirling pot of madness that is avant-garde.

Let’s be honest, avant-garde is not for everyone. The listening experience is oft-times complex, strange, and explicitly challenging… but an experience it is! The most impressive experimental albums will leave the adventurous listener with a lasting impression, an imprint on their psyche and if you’re lucky, a profound alteration.

Moreso, many avant-garde artists are rattling the concept of music as an art form, leading to some groundbreaking leaps forward. The term itself derives from French diction and translates to ‘fore-guard’ or ‘vanguard’. Hence, these artists assume a militaristic stance against conformity and convention, bravely attacking the status-quo to mould traces of new possibilities.

I welcome all thee tired of familiarity, replayability, or just downright good hooks. These are the 10 most groundbreaking avant-garde albums of all time.

This undisputed ambient masterpiece from Wiliam Basinski is one of the most gorgeous and expansive sonic sedatives in the avant-garde library. In the 1980s Basinski constructed a series of tape loops of processed scraps of music from an easy listening station.

Two decades later he preserved the loops on a digital recorder and left it running. A while later he noticed the tape was gradually crumbling as it played. The fine coating of magnetized metal was slivering off and the music decayed with each pass through the spindle. The beauty of this ambient heroin is not easy to explain, just set aside an hour and dive in.

Ornette Coleman is revered for pushing the bounds of jazz. Combining elements of funk, R&B and free jazz, Science Fiction is a high mark for experimentalism. It also includes poetry, forward-thinking effects, and a baby crying.

Like any science fiction, you have to trust in the transitory turns of the journey and that you will arrive safely at your destination.

After a slew of pop-leaning folk records, master vocalist Tim Buckley began steering towards jazz avant-garde, simultaneously losing his fanbase and gaining artistic integrity. Starsailor is both Buckley’s crowning achievement and the signpost of his demise.

At this point, the estranged father of a four-year-old Jeff Buckley was howling animal noises over hours of on-stage free-jazz exploration. His haunting vocal control and expression are what make this a staple of the genre as Buckley jumps into the deep end. One of the only artists to successfully blend folk, jazz, and avant-garde, this album is a must.

An empty space. The vague shape of hills mar the horizon before the foggy miasma omits a madness that could only protrude from the mind of Sun Ra. Ultimately there is so much craze occurring that you need to just focus on one instrument to keep your feet.

Though Sun Ra has an expansive catalogue, Heliocentric Worlds remains an essential launchpad for the daring listener.

Henry Cow’s politics were as radical as their music, and the two were never more synthesised than on In Praise Of Learning. An exquisite work of instrumentation, songwriting, emotion, and intellect the Marxist ideologies presented by Dragmar Krause’s powerful voice has certainly turned a few heads and made them take note.

Undoubtedly one of the trickier Frank Zappa albums to dive into, Uncle Meat is a wonky, wiggly ride through the mind of one the strangest members of our species.

The 17-minute free jazz behemoth that is King Kong reigns supreme over the album’s other material, akin to the beast itself. That being said the spoken word elements, sonic production, and general execution make this an experimental masterpiece worthy of its creator.

A landmark debut album, The Pop Group defined the fate of post-punk and made future experiments pale in comparison. It’s rare that you run across an album that is a complete singularity.

Mark Stewart is a rambunctious prophet just back from a sabbatical in Hell, professing his conviction through shredded, crumbling vocal cords. It’s destructive sonically, lyrically, and thematically, and a once in a lifetime ride.

Louis Thomas Hardin Jr. was, for many years, one of the most eccentric vagrants lining the Manhattan sidewalks. Few New Yorkers knew, however, that when they flipped a coin to the “Viking of Sixth Avenue” they were giving to a man who had overcome insurmountable odds – blindness and homelessness – to become one of the 20th Century’s most gifted yet under-appreciated musicians.

After donning the ‘Moondog’ moniker in the 1940s and selling poetry on the street for two decades, he got his major-label breakthrough with Columbia after Janis Joplin lobbied for him. This self-titled masterpiece is his most accessible yet is brimming with ambitiousness and creativity. The Viking may have been blind but his vision was crystalline.

The granddaddy of all avant-garde, Captain Beefheart’s 1969 masterpiece demolished the walls of music convention with its unorthodox complexity. The drill sergeant that was Don Van Vliet forced his Magic Band to rehearse 12 hours a day. Often they would sleep right where they practised and immediately continued upon waking.

Six months later, the Magic Band entered the studio with Frank Zappa who assumed production duties and cut 20 songs in less than six hours. The thrill of Trout Mask Replica lies in its boggling time signatures and shattered thematic strands.

Perhaps Matt Groening, creator of The Simpsons, summed it up best in this 1993 documentary, where he explains hating it upon first listen, but after seven, thinking it was the best album in the world. 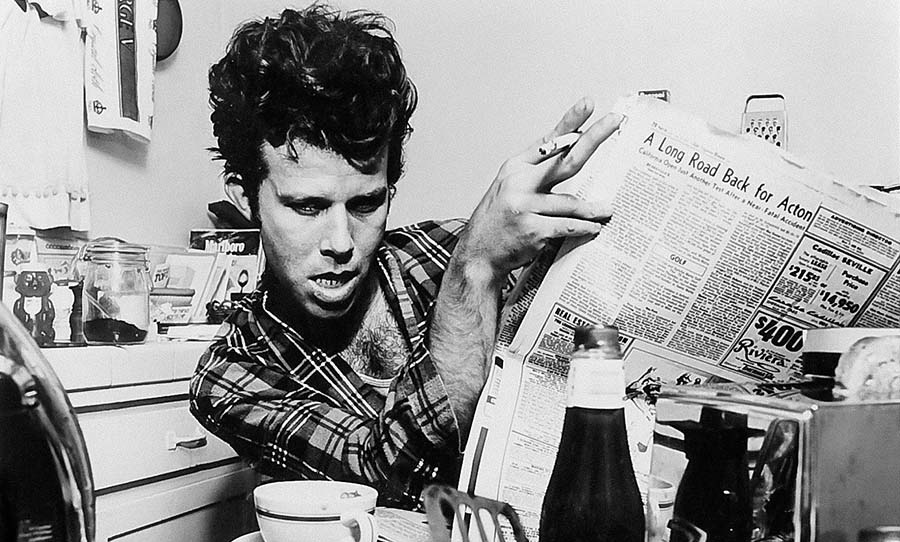