Last Friday, The Strokes seemingly confirmed that the release of their much-awaited sixth album is imminent.

Taking to social media, the band uploaded a silent video which featured artwork, along with the title, The New Abnormal. Looks like new music from The Strokes might be just around the corner! The band have unveiled what could possibly be new album artwork, as well as a title: The New Abnormal.

The featured artwork is from a 1981 piece by Jean-Michel Basquiat called Bird on Money. Basquiat was an American artist who rose to prominence in the ’70s for his graffiti and neo-expressionist art which dealt with political and social themes.

“You think you’ve been waiting⁣. But the wait has just begun…⁣⁣,” guitarist Albert Hammond Jr. wrote in a caption for the video. “Welcome to the new abnormal.”

All signs seem to point to a new album.

Frontman Julian Casablancas also recently teased the release at their New Year’s Eve show in Brooklyn. “Yeah, we’ve got a new album coming out soon! 2020, here we come,” Casablancas informed the crowd. “The 2010s, whatever the fuck they’re called, we took ‘em off. And now we’ve been unfrozen and we’re back!”

The last time the band released a full-length album was back in 2013, when they put out Comedown Machine. In the almost seven long years since the band’s last record, they’ve released one EP, titled Future Present Past. Last May, they also debuted a new song during a live show, called The Adults Are Talking.

The band are set to play a Bernie Sanders rally today in Durham, New Hampshire, before they’ll hit the road for a few North American tour dates. We’ll keep you updated on more info about The New Abnormal as it comes.

In the meantime, go behind the scenes with our article on The Strokes’ ‘Is This It’. LISTEN: The Strokes - 'The New Abnormal' 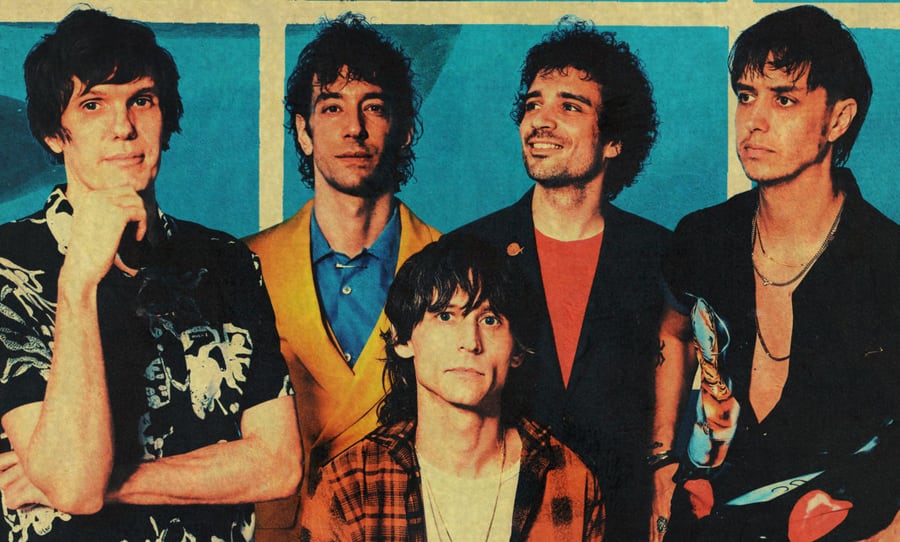