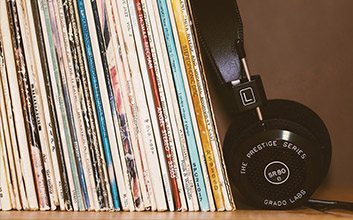 If you somehow haven’t already heard, vinyl sales are in a very, very healthy place right now. And only getting healthier.

After an especially strong 2016, vinyl’s best sales year since the ’80s, it seems that the trend is continuing into 2017. Nielsen Music has revealed their Q3 report for the year, showing that alongside streaming, vinyl is the only music medium where sales are on the upward bound.

On-demand streaming and vinyl sales are the forces to reckon with in 2017, shooting upwards while other music purchases fall out of order.

Sgt. Peppers Lonely Hearts Club Band by The Beatles is the top selling vinyl record this year, selling 40,000 units to date. True, it did just celebrate its 50th anniversary, but it’s hardly the first time a 50-year-old album has reentered the charts.

CD sales and track download figures have both dropped this year, while on-demand streaming was the clear winner. Streaming accounted for 442.44 billion units for the first nine months of 2017, up 40.5 percent from the 315 billion accumulated by this time in 2016. Damn.