Warm Audio has provided a suite of affordable recreations of classic studio microphones and outboard gear over the last decade. The Texas-based company has even dipped its toes in the world of guitar pedals releasing authentic copies of vintage favourites the Foxy Tone Box and Jet Phaser.

Now, they’ve gone back to their classic WA-87 microphone and updated its design and introduced the WA-87 R2, which the company describes as “bigger, bolder, just plain better!” Warm Audio has taken everything they’ve learnt about recreating vintage microphones over the last five years and, as a result, the WA-87 R2 is “even closer to the sound, vibe and performance of the original ’60s classic”. 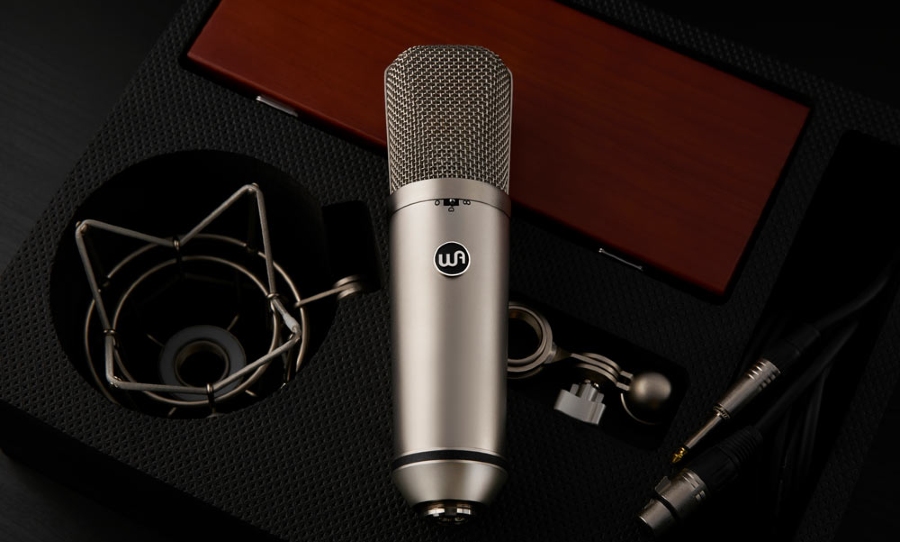 Four years ago, Warm Audio captured the sound of the Neumann U 87 with the WA-87. The release of the WA-87 changed the industry’s perception of what could be achieved at an affordable price and became a staple in many studios.

Warm Audio’s WA-87 R2 is a condenser microphone with three polar patterns (cardioid, omni and figure 8). Now enclosed in a heavier and stronger body, Warm Audio claims that the new rounded basket will provide more space around the capsule which will yield “a more pleasing sonic signature”.

The new WA-87 R2 is available in silver and black and comes in a wooden storage case that includes a hard mount and shock mount. See more of the updated WA-87 at Warm Audio’s website. Watch their video below.