After a ricocheting performance at the sold-out Sydney Psych Fest last weekend, pop-rock psychonauts Belles Will Ring are ready to show off their triumphant comeback release Sideways Century.

Their first musical offering since 2011’s Crystal Theatre, the last five years have seen the Belles members embarking on various other musical crusades. But sometimes a project has a certain magnetism, a pull which niggles at the back of your consciousness every day like a parasite.

That’s what Belles Will Ring was to their founder Liam Judson, and when he came to the band with new songs in the tail end of 2016, it was mere months before they were back in the studio. A glittering and melodic pop soundscape, Sideways Century is a dazzling homage to what captured the hearts of Belles Will Ring fans all those years ago.

From the opening moments of premiere track The One That I Used To Know, the band’s experience is evident. Belles Will Ring start off big on Sideways Century, launching straight into a loud and unashamed pop piece inflated with an eminent nostalgia.

It’s a reflective and fitting re-introduction for this act. Considering their hiatus and their refurbishment you have to wonder, is the song really about an old friend, or the band themselves?

Seasons Fall opens with an industrial drone before allowing the track’s guitar hook and harmonious vocals to cut through. There’s a definite new wave influence here, placed against the melody-heavy pop backdrop present throughout Sideways Century.

What continues to shine through is the band’s lack of inhibition with this release. Throwbacks to Crystal Theatre and 2007 offering Mood Patterns are present (especially the latter) but not overused. Rather Belles Will Ring looks to expand upon their established mantra with a freedom undoubtedly gained after separating themselves from this material for years.

First Night is a sensational closer, and everything a proper footnote deserves to be. Initially the slowest section of Sideways Century, the first half of this track evokes a soft feeling of close with soaring synth work, melancholy vocals and almost invisible percussion.

Right as you think Sideways Century is about to close as so many albums do, with this kind of reflective balladry meant to leave a reminiscent annotation upon the final moment of a record, First Night flips around. An upbeat drum line slowly fades in underneath the synth work, and once again the freedom of experimentation with which Belles Will Ring have crafted this EP rears its head.

The pervasive streaks of nostalgia, change and contemplation remain in this reiteration of Sideways Century’s closing number, and as the track fades, you wonder how these musicians so cohesively crafted an inherently varied record.

Some creations and ideas are forged through careful brainstorming and meticulous craft. But as we know, sometimes the best way to let the seed of something beautiful grow is to leave it alone. Despite their hiatus Belles Will Ring have lost none of their potency and creative aptitude, and Sideways Century is the fully-bloomed opus which only their time away could have birthed.

Belles Will Ring are launching Sideways Century on March 17 at The Factory Floor in Marrickville Sydney. Make sure you get on down, Le Pie and The Wednesday Night will be supporting. 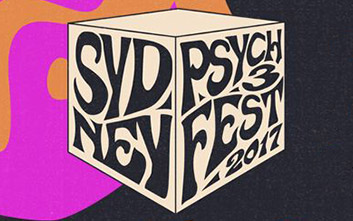