In testament to the woman behind the myth, here are 5 amazing things you didn’t know about the incredible blues woman, Janis Joplin.

Janis Joplin was a free-wheeling soul and the first true female rockstar. Though fame came with its fair share of trials and tribulations. Debilitating drug addictions and alcohol abuse seesawed with landmark performances at Monterey and Woodstock, being hailed as the best singer of her time. Here are 5 amazing things you may not know about Janis Joplin.

During her grievously short-lived four year career, Janis became the first ever female rockstar in a highly exclusive boys club, and suffered appalling sexism from musicians, critics, and industry pros as a result. Robert Christgau’s review of her breakthrough International Monterey Pop Festival set describes, “her left nipple erect under her knit pantsuit looking hard enough to put out your eye.” Nonetheless she stood by her freewheeling ways and became an icon of freedom for young women in the ’60s.

Janis: Her Life and Music, a recent biography from Holly George-Warren, was perhaps the best biography of 2019 and retold an emphatic and sobering account of the life of Janis Joplin. 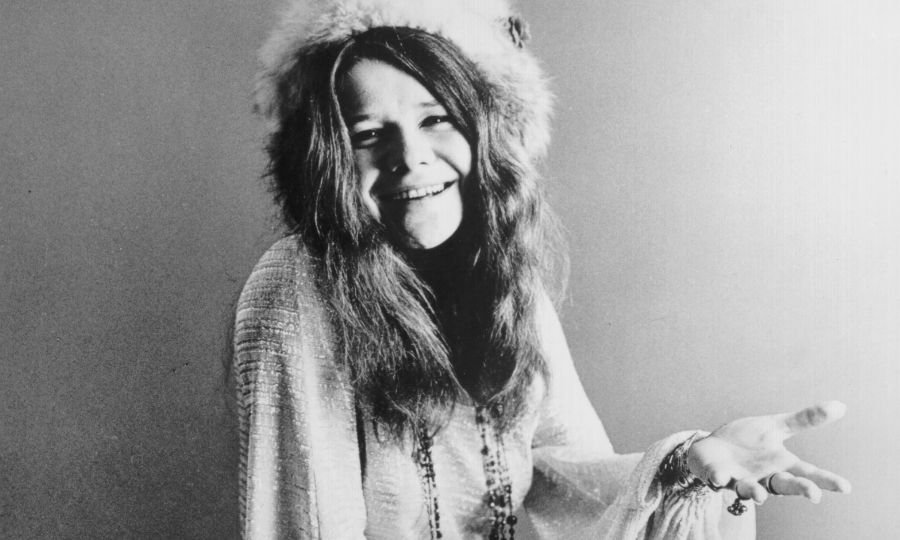 5. Janis drank so much Southern Comfort Whiskey they gave her a fur coat

It’s no secret that Janis was a bit of a wild child. She had such an affinity for Southern Comfort whiskey that she was frequently photographed with a bottle in her hand or close on stage. So much so in fact that the distillery sent her a complimentary fur coat as a thankyou for the publicity.

Even renowned alcoholic, and Janis’s idol, Big Mama Thornton once told her to take it easy on the whiskey before a show so that her, “liver don’t go.” 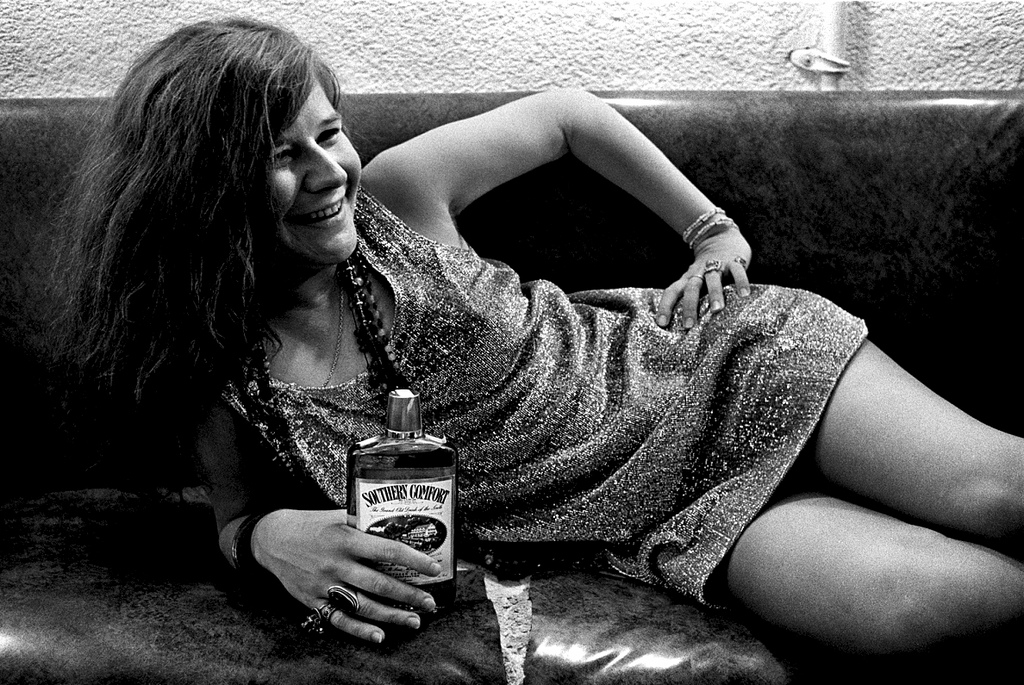 Janis Joplin was bisexual throughout her life and maintained various extended relations with women as well as men. Due to the times however she refrained from coming out publicly about her sexual preferences. Even many of her friends remember her as being overtly straight.

Her main female relationship was with fellow hippie, and heroin addict, Peggy Caserta. Janis and Caserta developed an intense loving relationship that was on and off for a few years however it ultimately became a detriment. Caserta was a frequently bad influence on Joplin convincing her to return to heroin on many occasions after she had kicked the habit and was trying to remain clean.

Another one of her long-term relationships was with Jae Whitaker. This was her first bisexual and interracial relationship, which was a far cry from her conservative upbringing in Port Arthur, Texas. Only two months after they met in the Spring of 1963, Joplin moved in with her. This was “her most sustained relationship,” even though it only lasted for two years. The two remained close friends until Joplin’s death on October 4th 1970.

Janis Joplin’s psychedelic Porsche 365 is an iconic piece of hippie history. In 2015, the car Joplin bought in 1968 broke records when it sold at auction for $1.76 million. She was known to race it along the Pacific Coast Highway after hours while producing Kozmic Blues with The Doors producer Paul Rothchild.

Typically, celebrity ownership doesn’t increase a car’s value by much. But this was an exception, and it was the highest price ever paid for a Porsche 356 at auction.

“Like most people and their car of choice, her Porsche is a direct link to Janis,” said her brother, Michael Joplin. “She drove it everywhere … with the top down and her feathers flying. Her music, life and car are a part of rock n’ roll history.” 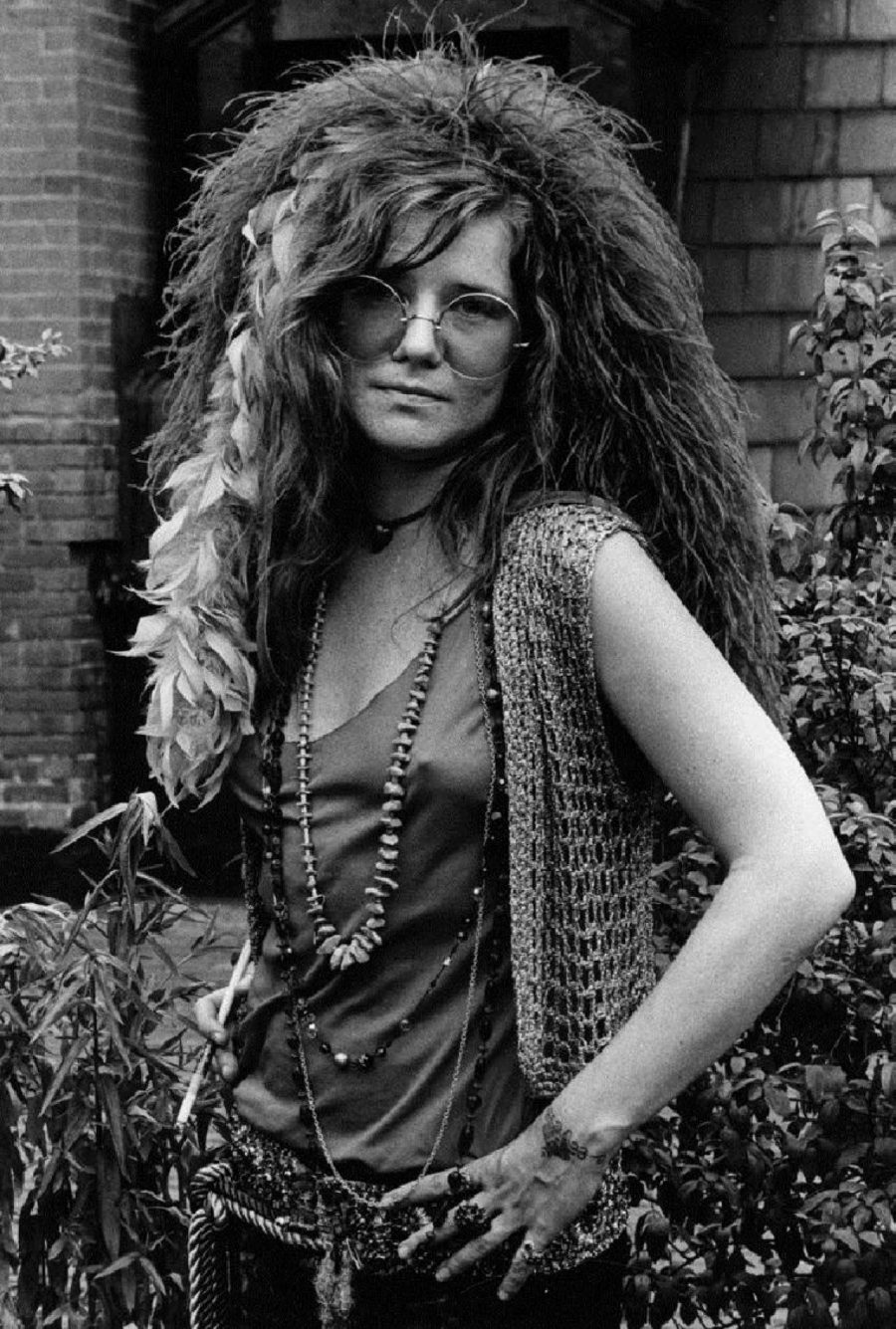 2. She loved to get naked

When photographer Bob Seidemann asked Joplin if she’d pose topless for him to make a statement about the idealism of hippie culture, she said she would rather pose completely naked. The photo was published in 1972, two years after Joplin’s death. Furthermore, during a shoot for Big Brother and the Holding Company’s Cheap Thrills album cover Janis walked into a room with her band of four males naked on a bed. She excitedly ‘whooped’ and said “Let’s trash it boys!” before throwing off her clothes and climbing in.

Joplin wasn’t shy about showing off her body to her audiences either. According to a concert promoter at Pittsburgh’s Civic Arena, Joplin was late to the stage because she had been having sex in her dressing room. When she appeared under the stage lights in a sheer skirt, it was clear she was not wearing underwear.

1. She once broke a bottle over Jim Morrison’s head

Janis once had a brief fling with Jim Morrison wherein a weekend of shows at the Fillmore resulted in the Dionysian rockstar leaving his girlfriend for Janis Joplin’s boudoir. However, she was soon disdained with his unresponsiveness in bed and habit for slugging down booze the moment he woke up.

Janis had another run-in with “handsome man” Jim Morrison one evening at Steve Paul’s The Scene, an insiders rock n’ roll club in New York where musicians jammed after hours. Jimi Hendrix was a regular, frequently playing until dawn. Around 3 am one night Janis watched Hendrix onstage with the Chambers Brothers and Morrison drunkenly stumbled in. According to Danny Fields, then the Doors’ publicist, “Jim bellied his way up to the low stage, threw his arms around Jimi;’s thighs , and said ‘I want to suck your cock.'”

No stranger to violent brawls in Louisiana roadhouses, “Janis ran over to the stage yelling, ‘You asshole!’ She banged a bottle down on Jim’s head. The three of them were on the floor in a ball, like little fish. Their handlers came running up and pried them apart and took them home.”

Jim was in love, as he adored violence and purportedly pressured Paul Rothchild to give him Joplin’s number but he declined.