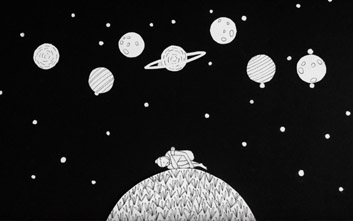 It’s been a little while since we did this, but with the launching of our Australia-wide (and now NZ) Needle in the Hay vinyl comp last week we thought – why not? Over the next few weeks we’ll be bringing you our favourite artists from each state in the country, starting in Western Australia.

WA has had somewhat of a rollercoaster five years, after a creative explosion ebbed outwards from Perth into each corner of our largest state. While psych rock undoubtedly reigns supreme, that doesn’t mean there aren’t a few bright sparks doing their own thing within the space. We’re looking all over Australia to give one artist the chance to press their record to vinyl. Here are 5 artists from Western Australia we’re digging.

While the majority of the WA music scene is pumping out relentless, mind-warping psych-rock jams straight outta Wonderland, Corniglia are taking the softer approach and we’re into it.

They made us whisper a “wowza” with their debut single Oh My Love (not to mention an awe-inspiring film clip to match, see below) and the band has been striking gold ever since.

These “four fish with loose gills and sweet rigs” exposed us to one of our favourite interviews of recent times, and even before that we loved em for their balls-to-the-wall rockstar attitudes and their distinct Kentucky bourbon odour.

Boozy musicians aren’t hard to find, but the high-functioning class deserve extra credit. Get around these The Southern River Band if you love getting every class of human fluid in and around your person during a gig.

Boasting what is probably our favourite band name of all time, Dream Rimmy have continued to tickle our fancy (pun intended) over the past few months with a string of ripper singles.

Taking cues from shoegaze, 90s alt-rock and modern psych pop, tracks like Landslide and Oxygen are undeniable in their craft. The melodies are nostalgic, but in a way that skirts all stereotypes, and the guitars explode like fireworks with synthesisers streaking within and without.

If you’re into thoughtfully-constructed psych that breaks the mould of what so many bands have been doing over the past few years then these guys are for you.

Ok, we know, everyone in the world is digging POND right now, but that doesn’t mean we can’t have a little froth too. Perth’s golden boys have just dropped The Weather – their fourth record since 2012’s breakout, Beard, Wives, Denim – and it’s wondrous exhibition of how quickly they have developed over the past few years.

From the apocalyptic opener, 30,0000 Megatons to the dystopian cornucopia of the title track closer, The Weather sees the band take on exciting new territory with grace and vigour, and we’re always excited to see what they do next.