We’ve all had that moment when we’re listening to a song, grooving, enjoying it, when suddenly we realise we have no idea if the singer is a boy or a girl. Either that or we’re convinced it’s one and it turns out to be the other. Ultimately it changes our perspective of the song when we find out; we’re shocked that such a voice could come from the person we eventually see. There are a lot of singers who have the inherent ability to sound amazing while confusing the hell out of listeners. Here are nine of the most interesting. Whether they are girls with deeper registers or dudes with feminine tones, here are 9 amazing singers that have the ears working hard to put a face to the voice.

Baltimore two-piece Beach House are made up of Victoria Legrand and Alex Scally. Victoria is the lead vocalist and without that knowledge you’d think the male half of the band was the singer. Victoria has a voice that sounds like she’s singing after drawing smoke deep into her throat. It’s that slightly deep huskiness that leads the audience to believe it’s a male voice they’re hearing. It seems to work though; they’re a kickass band now five albums into their career with the recent release of Depression Cherry.

Methyl Ethel is the dark pop project of Jake Webb. The Perth-based songwriter established Methyl Ethel in 2013 and has just put out an absolutely killer debut record. Don’t be shocked when you listen in, Jake was not a typo, he is male but sounds more like a Jessica with a beautifully delicate, vulnerable voice that lends itself to the feminine. I’m still half convinced he’s lying about his gender. Being a relative newcomer, it may be some time before people figure this one out.

Hailing from Geelong, The Murlocs are led on the microphone by Ambrose Kenny Smith. He really is amazing because he sounds like a real deep throated woman, serenading, crooning and cracking his voice in equal measure. Loopholes is a real mind-bender, as is their most recent single Adolescence. Modern 60s soul at its best.

Hot Chip have been kicking around for 15 years now with six studio albums to their name. Lead vocalist Alexis Taylor is most confusing. Not only does he have a name that convinces you he’s female, his voice apparently confirms it. However anyone that has made these assumptions over the years has been flat-out wrong. He uses a lot of effects on his vocals but even without them there are many times where you find yourself tilting your head, like a puppy trying to decipher a command. His tone has you constantly second guessing his gender, a unique performer indeed.

Brian Molko has always been known for his androgynous appearance, and his voice is exactly the same. Never has there been a singer so situated in the middle of the spectrum. People have been tortured listening to him, not being able to decide if he sounded male or female. Many swayed to the female side of the equation, including yours truly. Then you look at pictures and say yeah, that could be a chick. Either way, he’s a legend. How does he produce such sounds out of his tiny body?

The alternative rockers from Los Angeles named their band after a liquor store, obviously they were drunk. However, they managed to create a rock song on their first album Carnavas that will stand the test of time. It goes by the name Lazy Eye. That riff! Lead singer Brian Aubert is the lead vocalist and through earphones he’s less confusing than Molko, because Silversun Pickups clearly have a female rocking the mic. But wait, it’s a man? No, you’re joking. He has a beard? I don’t believe it. The fact remains though; Brian Aubert (a man) has one of the best female rock voices we’ve ever heard.

More Victorians. Must be something in the water. Alexander Gow formed the indie rockers and lends his considerable skill to the singing side of things. Although easier to define than some of the others, he definitely has a big feminine edge to his voice that may have some people racing to google.

I don’t think Amanda Palmer’s unshaved armpits are affecting her voice but she manages to sound quite masculine in a lot of her performances. Well known for her brilliant work with the Dresden Dolls, her solo work, and her act Amanda Palmer and The Grand Theft Orchestra, she often likes to go nude, which quickly clears up any gender confusion issues. That can be quite jarring, hearing a male vocal range coming out of a naked woman. Worth it though, she’s quite incredible.

Okay so without research, one would bet real money on Rhye songs being performed by a female vocalist. The voice is so gentle and melodic it’s ridiculous to think it actually belongs to Canadian singer Michael Milosh, also known simply as Milosh. He is very close to the most defiant singer on this list. The sensitivity he manages to bring to his vocals is astonishing.

So here’s our list of 9 amazing singers who don’t sound like their gender might imply. Boys who sound like girls and girls who sound like boys and everything in between. Think we’ve missed someone? Don’t agree with one or more? Let us know! 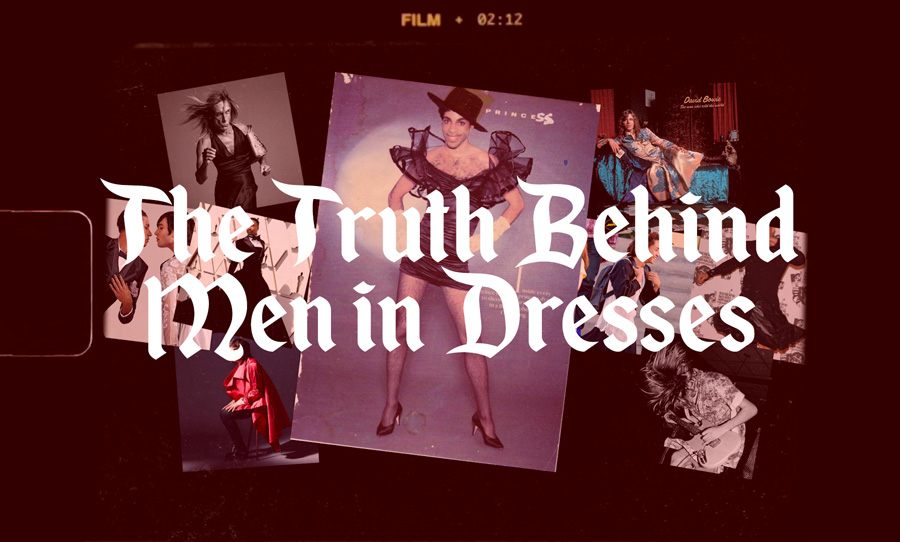 WATCH: Everything We Know About Clothes is Wrong