Kurt Vile is one of the few contemporary saviours of rock and roll – ambiguous rock tunes that keep modern music compelling, electrifying and arousing in all its quirkiness. For years, with his Violators by his side, the singer/songwriter has been serving up amateur energies with a mature, masterful sound.

I caught up with Vile ahead of his first show at Bluesfest Byron Bay to talk about Bottle It In, the drag of the digital age, Courtney Barnett and the key to a successful collaboration, his fear of dying, finding his own sound, and why all musicians need to get physical. 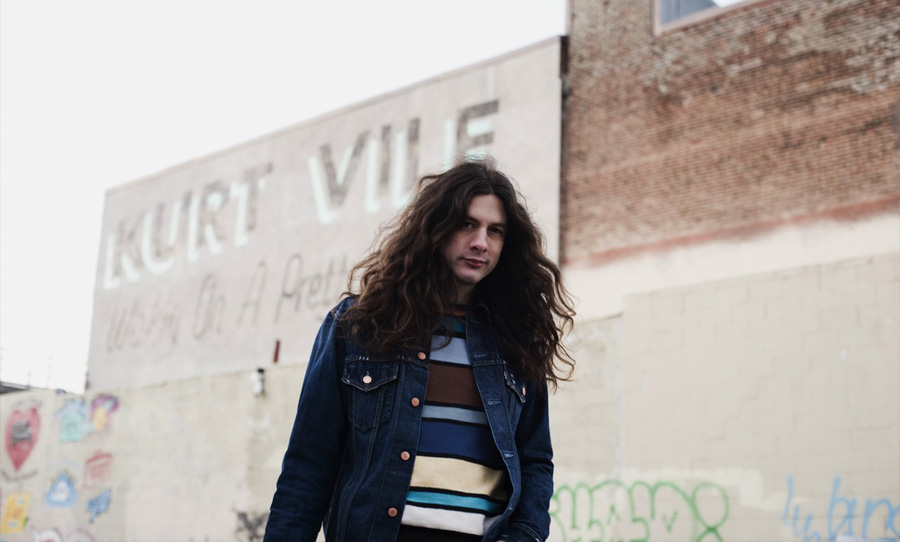 Before his performance at sunny Bluesfest we sat down with Kurt Vile, prince of rock and champion of keeping it old school.

HAPPY: Welcome to Byron. What’s your favourite thing about playing to festival crowds?

KURT: I would honestly say that I used to freak out about festivals but I feel like I’ve finally come around. It just took me, I don’t know how many albums I have, maybe seven or so, but I needed one more album with some more epic tunes and now I can really mix it up. I needed the experience of touring a bunch with my band to figure it out, so now I like playing festivals, I like playing to the crowds. I like that we’re outdoors and they’re all stoked to see music, well obviously.

HAPPY: You’re an indie rock artist playing a blues festival. How has the blues impacted your music?

KURT: I’m on an indie rock label, so I guess you could say that but I was bought up on all of the roots like country, folk, and delta blues, I definitely got deep into that so I would say I belong here. I play blues licks.

HAPPY: That’s all you need. You mention that country influenced you, and on your latest album you featured a country cover, Charlie Rich’s Rollin’ With The Flow. Why did you choose that song?

KURT: Just because it was weird enough, and I guess speaking of indie rock which is my world, I knew nobody was covering that anytime soon so I had free reign to destroy that song, the positive kind of destroy. So that’s what I did.

HAPPY: You definitely did. So with this last album, well the last three as far as I’m aware, you decided to record on the road in various studios and various states. What inspired the decision to do so?

KURT: At first it was just because I wanted to work with certain people like Farmer Dave Scher, and Stella Mozgawa in LA, who are good friends of mine and play in various bands. I would bring my producer from the east coast out to the west coast but as time went on I met different producers in LA, and New York et cetera. At this point I just travelled for work all of the time, and I had the foresight to know that I should keep working on music while I was out touring, as opposed to doing a whole album cycle then doing a whole album from scratch, I didn’t have that in me so I just bounced around as much as I could. But now, I like the idea of staying home and working on a record. I think I’m going to do that next, take it slow.

HAPPY: Nice. So on the new album, anxieties and fears are quite a prominent theme. Where were you at when writing it? What influenced those themes so heavily?

KURT: I think the world is pretty static with plenty of things, almost you could worry about a million things at once, it’s like high electricity. You just look at your phone and there’s a million terrifying things a day really combined with just having a family and being five miles in the air on an airplane. There’s all kinds of things to be afraid of. Essentially, I’m just afraid of dying (laughs). There’s all kinds of ways that is inevitably going to happen but for now I’m feeling pretty laid back.

HAPPY: So you’re quite a collaboration king, and you recently collaborated with our very own Courtney Barnett. How did that come about?

KURT: It came about because I met her once and I really thought she was cool. She opened for me in Melbourne actually, and this was a bunch of years ago before she even had her full length, and she gave me her double EP and I really liked it. We had mutual friends, and then once her next record came out and I heard that Depreston song I fell in love with it, and I just wanted to do one song with her and she was like ‘cool’. I basically wrote one with her in mind, that’s how it really started, then she reciprocated with one, then over two Australian summers it turned into a record.

HAPPY: What do you think makes a successful collaboration?

KURT: Chemistry. You never know. At first Courtney and I were definitely shy, and there was a year in between really finishing the record, where we didn’t even know it would be a full length record. So there was definitely an uncertain moment, then we just kept working together to see what happened, then a beautiful chemistry and friendship was formed.

KURT: A cluster of my favourite songwriters right now, I’ll rattle them off the top of my head, would be Neil Young, John Prine, and Terry Allen, it’s probably a tied score. I’d like to do anything with all of them. They’re probably more reachable if I wanted to jam, I have jammed with John Prine, but yeah I love those three guys, they’re probably my favourite three people right now.

HAPPY: Speaking of making albums, you record a lot of yours in an old school way – reel to reel. Why’s that?

KURT: Well I like reel to reel but I don’t always use it, I use Pro Tools as well. But recently I talked about that because I was doing an interview with Terry Allen. I have a reel to reel at home, and I made a conscious decision recently to just throw the computer out the window at my own house for a little while because when the screen’s on a million things are popping up and I’m also not that tech savvy so when you do things the wrong way, weird things will start popping up and you’ll exit out. You know what I mean, it’s a drag. The digital world, unless you’re really a tech guy, is a nightmare. With tape you can just focus on the music and it’s just really there, it’s recorded right onto the tape. That’s why.

HAPPY: So, you’ve really got your own sound, your own tone happening. At what point did you realise you were onto a sound that was distinct to you?

KURT: I think honestly my whole life. Since high school, in my own way, I’ve had my own sound. It was always influenced by lots of people and it’s always evolving, granted I’m 39 years old now and I’d say I put out my first cassette tape in 1997 when I was 17, so that was a long time ago. I just think I’ve always been deep into my own thing.

HAPPY: What advice would you give to people trying to find their own sound?

KURT: It’s funny because it’s a little trickier now, but I would say things in the old days, and it’s still true even though it is more of a digital age, but I would say things like don’t wait around for some label to put you out just do your own thing, they want to see that you’ve been doing it on your own anyway. Put out music, and if you can, put out something physical for people to hold. I guess that would be vinyl today more than a pretty looking CDR, but in my day I could put a CDR together and make it all colourful and give it to someone as opposed to some link. You know, keep doing your thing and people are going to notice eventually. Don’t wait around for some big break, do it yourself first.