Taliban militants violently attacked Afghan protestors on Wednesday, resulting in three deaths and fuelling fears on what is to come of the nation.

Protestors who dared to remove their Taliban banner replaced with the Afghan flag were violently attacked in the nation’s city of Jalalabad on 18 August.

Three people were killed, sparking greater fear of how the insurgents will govern the nation is rapid.

The attack comes after the Taliban has insisted they will respect human rights, unlike their traditionally draconian rules.

The attack occurred in the nation’s fifth-largest city of Jalalabad, while hundreds of Afghans hid in their homes or attempted to flee the country due to fear of the controlled militant organisation.

While the Taliban have promised to maintain security, residents have reported that groups of armed men are travelling door to door inquiring about any Afghans who worked with Americans or the deposed government.

However, it is unclear as to whether the gunmen are official Taliban or criminals posing as such.

It has been remorsefully expressed by many that the two-decade Western experiment to rebuild Afghanistan will crumble with the resurgence of the Taliban.

In case you’ve been living under a rock, The Taliban gained control of the country in a blitz last weekend that only took a matter of days.

Additionally, Taliban leaders spoke with senior Afghan officials in the nation’s capital about a future government.

However, efforts to stabilise the country have been met with complications as the head of the country’s central bank warned that American sanctions over the Taliban threaten the already crippled economy of Afghanistan.

An official confirmed the U.S Treasuring Department has frozen the Afghan government’s accounts in the U.S and are now halting direct assistance payments to the government.

This official also spoke on condition of anonymity because he was not authorised to speak about this matter publicly.

Ajmal Ahmady, the former Central Bank of Afghanistan leader, stated that a lack of U.S dollars would most likely lead to a depreciation of the local currency, the Afghani.

“Taliban won militarily – but now have to govern. It is not easy,” Ajmal Ahmady wrote.

Afghan President Ashraf Ghani was absent at this discussion on Wednesday as he fled when the Taliban infiltrated the capital.

On Wednesday, the Gulf nation of The United Arab Emirates acknowledged that they had taken the President and his family in on humanitarian grounds.

Dozens gathered in Jalalabad in an early sign of protest to the Taliban’s rule at a nearby market town, raising the Afghanistan flag merely a day before Afghanistan’s Independence Day – a commemoration of the 1919 treaty that ceased British rule.

Protests today in support of our national flag (on the eve of our Independence Day) in Khost, Jalalabad and Kunar pic.twitter.com/JRFibGKUam

The protestors lowered the Taliban flag that militants have flown in captured regions.

Video footage revealed the Taliban firing into the air and violently attacking people with batons to break up the crowd.

A local reporter, Babrak Amirzada, stated that the Taliban beat him and a TV cameraman.

A local health official has confirmed that three people have died, and six others have been injured.

They spoke on condition of anonymity as he was not authorised to brief journalists.

The Taliban did not acknowledge the protest or the violence, a seldom resistance to their rule.

Since the Taliban seized Kabul on Sunday, the militants only faced one other protest by a few women in the capital.

However, videos from Kabul’s north of the Panjshir Valley – a stronghold of the Northern Alliance militias that allied with the U.S during the 2001 invasion of Afghanistan – show further signs of potential opposition to the Taliban.

People currently fortifying in the Panjshir Valley include Afghanistan’s Vice President, Amrullah Saleh, who asserted his rightful presidency via Twitter.

Fighters shoot dead journalist as he raises Afghan flag in defiance at Jalalabad protest as Kabul ‘car thief’ is tarred and locals claim “woman was shot dead for not wearing a burqa in rural province” #Talibans #AfganistanBurning pic.twitter.com/HHnrFG6sC0 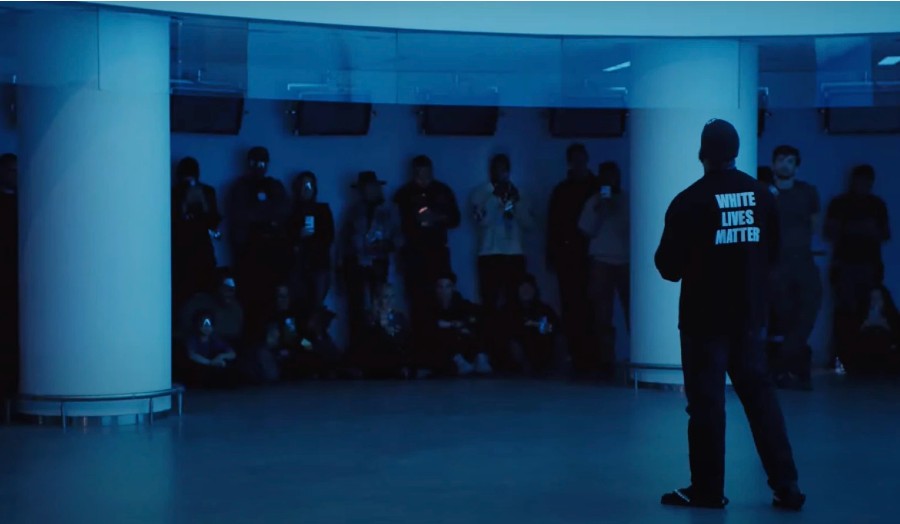