Following the release of his deeply emotive three-track series, André Pangrazio sat down with one of his biggest musical influences, Khyam Allami.

Cathartic and bleeding with intensity, André Pangrazio holds a deep understanding of connectivity. It comes as no surprise that on his recent releases, the artist chose to reimagine the also poignant work of legend Khyam Allami.

Discussing their passion for cultural expressionism, Allami reveals that his exposure to punk and metal actually allowed him to bring more soul to his Arabic-influenced music. In his own words, Pangrazio took some times to quiz a fellow mastermind. 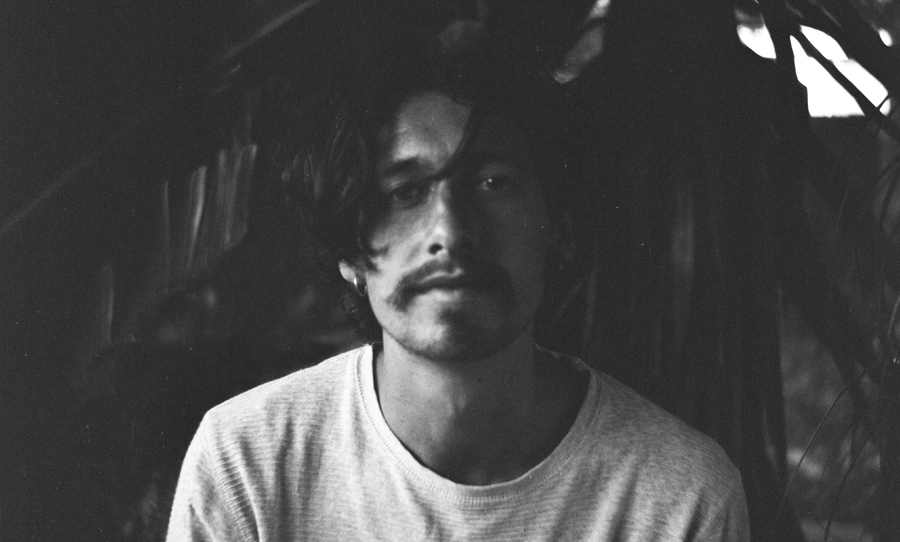 “Khyam Allami is an Iraqi-British multi-instrumentalist musician, composer, researcher and founder of Nawa Recordings,” Pangrazio explains. “I first heard Khyam’s music at a time where I felt something was missing in myself and in my music. I was in awe of his musicality and relationship he had with his instrument. Looking back on that period of my life I have recently uncovered the missing link-culture! Khyam and I discuss the importance culture has had on him and his journey through music.”

ANDRE: Was there a significant moment or moments that really prompted you to start embracing and incorporating your own culture into your musical practice?

KHAYAM: Yes, the 2003 invasion of Iraq. It made me realise that I was completely out of balance and had been neglecting a very important element of my being. This led me to try and find ways to relate with my personal and ancestral past. The oud and Middle Eastern music became a key to unlock that relationship.

ANDRE: Your music is undeniably Arabic. Are there specific techniques, instruments, sounds, and/or processes that you use when creating music that highlights and embraces your Iraqi culture?

KHAYAM: Yes, the oud and the tuning systems of the Middle East. These two tools allow me to deepen my knowledge historically, whilst also opening myriad possibilities for exploration.

ANDRE: The one thing that really speaks to me about your music is not what is played but how it is played. Were there any significant teachings or teachers along the way that brought this out in you?

KHAYAM: It’s hard to pinpoint something, but I would say listening to a lot of punk and metal growing up and being part of a DIY community had a big impact on how I think of music and music-making.

ANDRE: I’m intrigued to know how you felt once reconnecting and understanding your Iraqi culture through music and also how the community around you responded to this.

KHAYAM: This is a big question. I’ll be brief and say that for me the feeling was both comforting and isolating. It comforted me because I was developing a relationship with my past, but it isolated me because that past felt like it had no relevance in the modern era. The community around me initially responded very disapprovingly – my friends were disappointed because they loved me as a drummer and didn’t want me to let that go, and my parents were concerned because they felt I was getting too close to something they had tried to protect me from. This was really hard to deal with, but at the end of the day, you follow your instinct, you do your own thing, and slowly your path reveals itself.

New song Friday Khyams Individuation. @khyamallami Make sure you check out Khyam and his oud! -so very beautiful I hope everyone is safe. Save the link in bio. ! #khyamallami #individuation #newmusic #friday

KHAYAM: That’s wonderful to read, because it’s so true. But one has to be careful not to fall into well-trodden patterns and associations, be they conservatism, traditionalism, or nationalism. Self-worth and self-respect are only valuable if they help you discard the luggage of the past, whilst using its essence to look forward towards possible futures and experiment.

Congratulations on your latest release and best of luck with all your work going forward!