President Jayne Hrdlicka was forced to pause her speech due to the belligerent noise from the crowd at the Australian Open’s finals trophy presentation.

“With vaccinations on the way, rolling out in many countries around the world it’s now a time for optimism and hope for the future,” Hrdlicka said before being interrupted by a booing chorus.

The arena filled with louder, more resounding sounds of contempt when Hrdlicka thanked Victorian Premier Daniel Andrews and the Victorian government for their efforts in containing the recent coronavirus outbreak in Victoria.

No one stands with Dan in real life.

A visibly exasperated Hrdlicka paused again, before directly addressing the jeers from the Australian Open crowd: “When you’re finished.”

“You are a very opinionated group of people but whether you’re at home or here tonight, we’re really thankful that you’re here. And we look forward to seeing you next year,” she said in response to the crowd.

Despite Hrdlicka’s politeness on the stand, commentators and spectators – both global and local, alike – have condemned the ugly display.

I’ve never sat amongst a less intelligent and immature crowd than those at Rod Laver Arena tonight.

This is going to be played around the world and all you’re hear are a bunch of fools booing when the word ‘vaccine’ is mentioned. So Embarrassing. #AusOpen

The Australian Open has remarkably somehow come to a successful conclusion. But between players giving tournament director Craig Tiley “significant abuse” and spectators booing the mention of vaccines at the trophy ceremony, it really has brought out some morons.

That was a really uncomfortable speech. Lot of boos at the mention of coronavirus vaccinations being rolled out. Bonkers.

The trophy presentation was to honour Novak Djokovic’s win against World No. 4, Daniil Medvedev, in the grand final of the Men’s Singles. Djokovic now holds nine Aus Open titles and 18 Grand Slam titles in total. 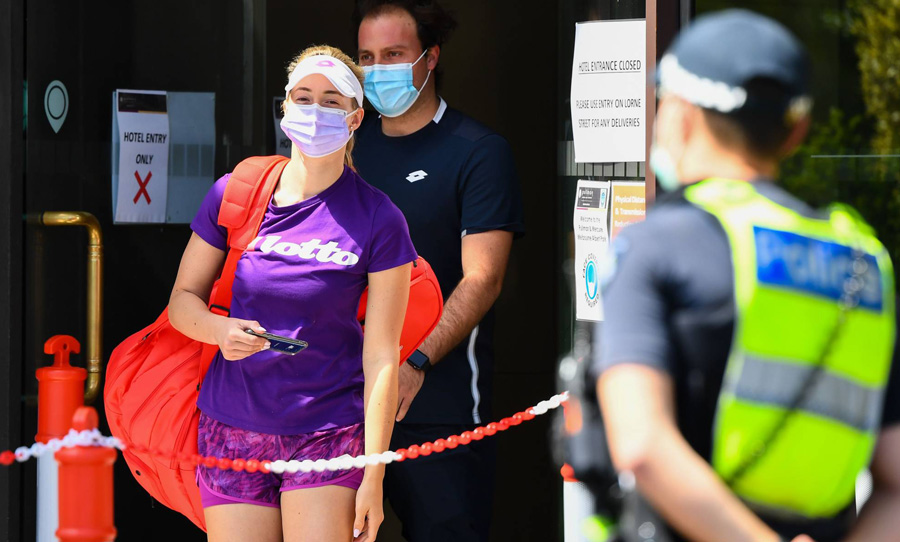