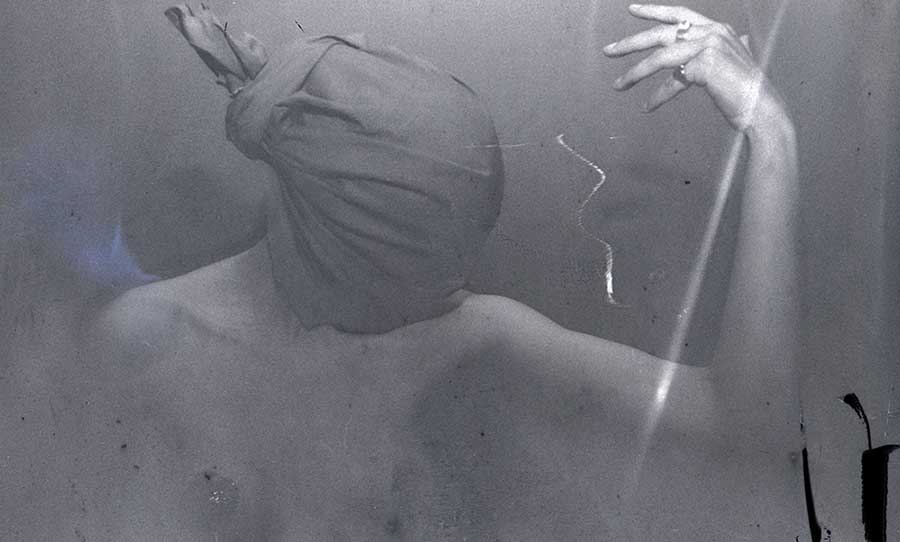 Dani Hansen and Mclean Stephenson are two photographers based in Sydney, one favouring film, the other digital. Ahead of Happy Mag Issue 11, the pair sat down in Stephenson’s studio to meld minds over all things photography. Here’s what was discussed.

This article appears in print in Happy Mag Issue 11. Order your copy here.

DANI: I read that you first discovered photography after receiving a Canon digital camera as a gift. How quickly after that did you transition to the analogue format?

DANI: So it was the stylistic differences that were most appealing?

MCLEAN: Yeah, and the feeling. It’s something that’s very difficult to verbalise; the aesthetic differences between the two, which are very slight but also quite significant. Which is funny because I’ve always prided myself on my ability to pick a film photograph from a digital photograph whereas you seem to blur that with the way you grade your photographs.

DANI: Do you think that’s misleading?

DANI: I like adding human and analogue touches but don’t edit them to purposely look like film.

MCLEAN: It’s not at all a bad thing. I mean it would save me a lot of money if I could do it.

DANI: I feel like I’m flunking in authenticity or something.

MCLEAN: Forget about that. Authenticity’s rubbish.

MCLEAN: Using film does force you to be better though. With a digital camera you can just take a billion photos, it makes no difference, but when you know it’s film, it clears your mindset and the framing shifts. You can’t just take a thousand photographs because every photo is costing you 30 or 40 cents or whatever. So you think better, it slows you down.

DANI: What I enjoy conversely about shooting digital is that you can perfect an image in real time. You can experiment with different focal lengths, different angles, whatever, and capture some surprising things that perhaps you wouldn’t have found if you’d been holding back, so to speak.

MCLEAN: You can do that with film too, depending on the budget, but I take your point. There’s a freedom there that you don’t necessarily have with film.

DANI: I have a habit of working very quickly so one of the things that I need to adapt through film is slowing down my approach.

DANI: You’re renowned for your portraiture work but you recently sent me a selection of your live shots which were equally phenomenal and featured that same abstract fringe. How do you alter your approach between shooting a high pace gig and a slower portrait shoot?

MCLEAN: I mean, the main difference is that you can control one and you can’t control the other; the only real control you have is how you experiment with your camera settings. I don’t do a lot of live photography, but I’ve found it’s been a good opportunity to experiment with different ways of manipulating film or manipulating the image.

You work a lot with bands as well, do you notice that difference? You mentioned that you plan before you go into a shoot but with a gig you can’t do that. Is it easier for you to shoot in a live setting?

DANI: I think I enjoy that it’s more of a reactionary experience. You’re reacting to all of the different elements. It’s instinctive. Whereas a portraiture shoot is more of an opportunity to create something out of nothing and there’s more pressure in that. I think my ability to react and think on the fly is more finely tuned.

MCLEAN: I’ve noticed lately that your live work is moving further away from just capturing the subject. There’s so much of you in the photograph that the subject is just the raw material that’s kind of like clay and you work with it. So your end product’s got not much to do with what was happening then and there on the stage.

DANI: I mean, documenting can be thrilling but I also like to see the potential in things, how I can take that documentation further. I read that you use photography in a similarly transformative way. Your work is incredibly broad stylistically, although a great deal of it could be described as ambiguous, even transcendental. What drives you to document in abstractions?

MCLEAN: If you look at things and you find them ambiguous and they cause you to question what it is that you’re looking at, or they cause you to feel slightly uncomfortable or not necessarily understand what is going on, they’re the things that you remember. These are the things that survive time. When I make pictures and I look back through them, it’s the ones I don’t necessarily understand that are the ones that draw my attention. And that’s kind of why I let the process run quite wild.

DANI: Describe your process leading up to a portraiture shoot. What methods do you use to draw inspiration?

MCLEAN: It’s different with everyone. If it’s a musician I’ll want to listen to their music or ask them a lot of questions. There are about 30 standard questions that I ask. It has to be something that you do in collaboration otherwise you just get stuff that doesn’t fit and you see a lot of that. So I will want to get as much information from them as possible and then come up with an idea. It’s not my story. It’s their story and I’m just helping tell it.

DANI: I’m fascinated by some of your experimental processes like burying film for weeks and letting microbes eat at the emulsion. How do you dream up these things?

MCLEAN: Actually, I stole that idea from Stephen Gill the photographer, he’s got a book called Buried. I think he was burying Polaroids though which is slightly different. I actually buried a roll of Super 8. I shot it and buried it and then I smashed the cassette and stuck it in a tank and developed it. How do I come up with these things? I have no idea. I think about them when I’m falling asleep. Recently I’ve been making my own developers. I look up the stuff that’s required to develop film and figure out what other household products will have those chemicals plus all the other stuff and stir it all together and then pour it into the tank and see if it works. A lot of the time it doesn’t and it will just destroy a roll of film which is upsetting. But then sometimes it does.

DANI: That’s such a liberating approach. How do you stay driven to create things so far outside the box?

MCLEAN: It’s just obsession. I work two full-time jobs, I sleep four or five hours a night, I work seven days a week. It’s probably unhealthy but there’s nothing telling me to stop. I don’t ever find myself to be creatively stuck. I think of it as work.

DANI: Are you disciplined?

MCLEAN: Yeah, but I’m messy. I get ideas in my head and they become consuming, and so I’ll chase after them. I’ll develop ten rolls of film and one photo will have a quarter of what I was looking for so I’ll crop that out and try and figure out how I managed to do that one bit I was thinking of doing and work towards that for a period of three months of mistakes or more. So it’s very personal I suppose.

DANI: I’m not nearly as disciplined as I’d like to be. I deal with a lot of self-doubt which keeps me from creating as much as I should.

MCLEAN: I think self-doubt is something that really inhibits a lot of people. There have been a lot of people who I’ve known over the years who have been really good and haven’t shown their work or haven’t progressed the way they should have because they care way too much about how people are going to respond to their work. It’s hit and miss. One client’s going to love the worst work you’ve ever done. You’ve got to back yourself.

DANI: I haven’t fully committed to the analogue format yet, quite possibly because I simply can’t afford it. Pray tell, what is your most sage advice for aspiring film photographers?

MCLEAN: The cost is an issue, and it will slow you down, but in turn it will cause you to be more purposeful in the way you take photos which should in turn make you take better photographs. It will make you think more about what you’re doing, and then as a result, because you thought more about how you took that photograph, you feel far more connected to that picture. It’s a very different thing. It causes you to feel a lot closer to your work. The distance between you and the picture becomes far less and that will motivate you.

This article appears in print in Happy Mag Issue 11. Order your copy here.