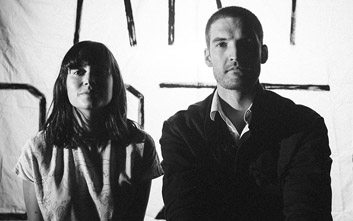 Bigsound 2017 is wrapped, and what a time it was. An Aussie answer to SXSW, the festival has been kicking around for over a decade now, growing with each incarnation.

This year didn’t disappoint, the showcases proving to be a rapid-fire rampage of raw musical talent. It was stellar performance one after the other, which if I’m honest makes for a pretty tough ‘Best Of’ list.

So between every outstanding act we caught at Bigsound 2017, here were the ones who hit 110 percent power. With another Bigsound wrapped, we take a moment to look back on the reason we all came along: to see some fucking awesome new music.

Watching Arnhem Land MC Baker Boy on the triple j Unearthed stage felt like watching early-days Rage Against The Machine. Strutting onstage with the confidence of someone who’s changing the game, Danzel Baker’s verse cut through despite the thunder of some heavy, heavy live drumming.

Stopping only to acknowledge the traditional land owners and give the crowd brief lessons in the Yolngu Matha language, he laid down one of the most righteous half hours of the whole festival.

Putting on a vicious performance at The Foundry, Fierce Mild handily earned themselves the Biggest Facemelters award of Bigsound 2017. Syncing up musical motifs with a triptych of live projection reels, it was a rollercoaster of a set.

Mind-blowing guitar thrashers were played against nightmare visuals, while unnerving natural vignettes punctuated their quieter moments. An audiovisual performance as it should be, it left me exhausted mentally, but hungering for more.

As one of the finalists in our Needle in the Hay competition (winner announced very soon!), we couldn’t miss Kardajala Kirridarra. We were expecting something amazing, and somehow they blew even that out of the water.

The set was a dream walk through their self-titled debut, a breathtaking collection of ancient stories set against a modernised, electronic backdrop. Definitely felt the tears come through on this one, and as their 30 minutes came to a close, I realised I wasn’t the only one.

The epitome of the ‘just a coupla dudes havin a blast’ dream. Good Morning have been around a little longer than most few artists on the showcase, but they blew us away.

These fellas are the most relaxed bunch of chums I’ve seen onstage, pretty much ever. And yeah, they put together one hell of a jam.

And just when I thought I had a little bit of eardrum left, Party Dozen came along and ripped it to shreds. The noise duo comprised of Kirsty Tickle and Jonathan Boulet were even more full-on live than I could have ever imagined, closing up Bigsound with a roar.

With nought but a sax, a kit and a meaty backup track, these two cooked up an absolute thunderstorm.

Also, a massive congratulations to Stella Donnelly once again for taking out the Levi’s Music Prize!