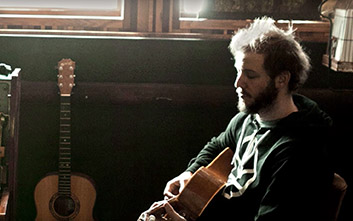 Soundbreaking is the new PBS doco series by the late great producer, George Martin, who is best known for his influential work with the Beatles. The series is a collection of stories about some of the greatest records of all time, with unprecedented insight into their creation. The series’ second episode, Painting With Sound, features Bon Iver’s Justin Vernon talking about his recording process and the making of his breakthrough debut record, For Emma, Forever Ago. There are even a few shots of his studio space and some wise words from St. Vincent about bedroom recording.

Soundbreaking is being aired by Channel Nine in Australia. Check their website for more details on when you can watch it.