Four people with terminal cancer have been allowed to legally take magic mushrooms as part of their end-of-life care. These patients reside in Canada and filled out applications with the federal government approximately three months ago requesting the right to try magic mushrooms in order to ease pain and treat the psychological distress that obviously goes hand in hand when nearing the end of one’s life.

Psilocybin is the active ingredient in magic mushrooms and the compound that gives the mushroom its psychedelic effect, once converted into psilocin in the body. The drug stimulates feelings of euphoria and wellbeing, perceptual changes, and alterations in consciousness, mood, thought, and perception. It is said to have beneficial results in relieving the anxiety and depression faced by those with terminal suffering.

Four terminally ill patients in Canada pave the way for magic mushrooms to be used in palliative care to combat anxiety, depression, and hopelessness.

The patients have been granted access to magic mushrooms by Canadian Health Minister Patty Hajdu, in an exemption to the Controlled Drugs and Substances Act. This marks the first legal medical exemption for psilocybin since the ’70s.

Tripping off your head knowing your own death is imminent would be quite an experience.

Supporting the patients is non-profit organisation TheraPsil, who advocate that, “Canadians with an incurable diagnosis, who are in palliative care or who experience end-of-life distress, to exercise their charter right to seek compassionate treatment using psilocybin.”

Laurie Brooks, one of the cancer patients permitted exemption, stated she hopes this decision will lead to more people being able to access psilocybin without having to wait months for the government’s permission. After all, magic mushrooms have been at the centre of hundreds of studies that show that they not only aid in boosting creativity and accessing the brain’s untapped potential, but also in easing depression and anxiety.

“The acknowledgement of the pain and anxiety that I have been suffering with means a lot to me, and I am feeling quite emotional today as a result,” Brooks described. 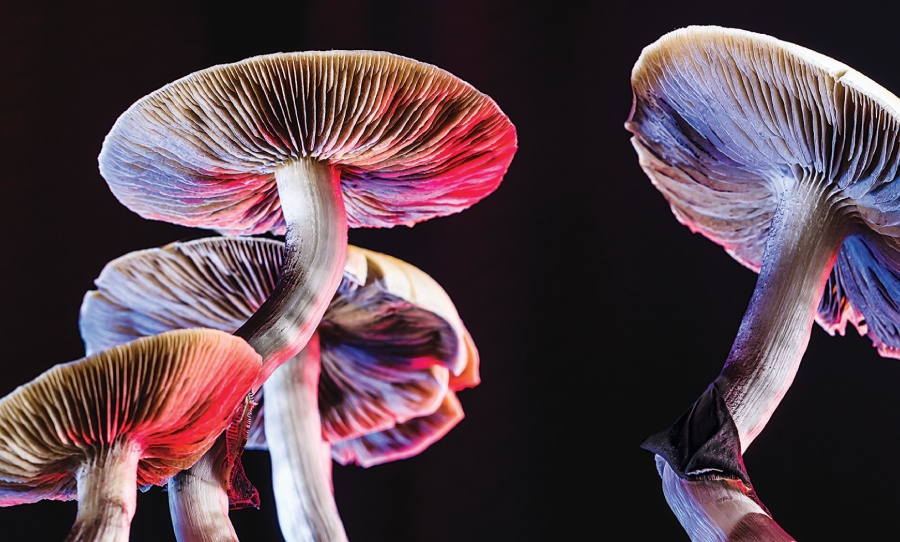 So apparently mushrooms can talk to each other?