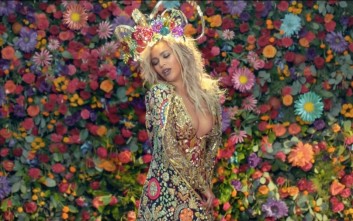 The video for the new Coldplay and Beyonce collaboration, Hymn For The Weekend, has only just been shared, but is already causing controversy. The clip was filmed in India, with the intention of paying respect to the vibrancy of the culture, instead, people have been commenting that the video is stereotypical and uses the Indian culture for their own profit. The video largely features Beyonce portraying a Bollywood actress, donned in traditional Desi clothing.

Although there has been a fair share of support for the video, there has also been a large amount of backlash against the “cultural appropriation” of the clip.

That Coldplay video treats India so stereotypically I was surprised Russell Brand didn't have a cameo.

i dont even know what to say about this coldplay video except can white rock bands please stop filming holi videos in india, thank you.

Pretty disappointed in Beyonce for that appropriation of Indian culture. Good thing I wasn't planning to listen to the song anyway.

The video also briefly featured Bollywood actress Sonam Kapoor, who, going from her response, had no problem with the cultural issues raised from the video.

A story to tell my grandkids! I was in a @Coldplay video! Woo hoo! #biggestfan https://t.co/gY2r9orAnq