It’s been a while since we had anything tangible from Swimwear, the solo project and recording guise of Dappled Cities’ Tim Derricourt. His debut album, four-track The Kissing Machine, landed way back in 2012, a time that predated the great Spotify debate, when Daniel Johns was still recording with The Veronicas and Miley Cyrus (mostly) kept her tongue in her mouth. Since then, we’ve had to contend ourselves with back-to-back listenings of Easy High, and dreaming of more chill raves. Dappled Cities’ Tim Derricourt – aka Swimwear – has emerged from the shadows once again, armed with an arsenal of luminous tunes in the form of the wonderful Low Summer EP.

Low Summer has the roots of every wonderluster’s dream, constructed in bedrooms in New York and Sydney, and beaches in Costa Rica and Mexico. And Derricourt has managed to wangle in some mates to help, with additions courtesy of Luke Bertoz (Tales In Space), Andy Bull, Ned Cooke (Dappled Cities), Nick Weaver (Deep Sea Arcade) and Thief.

There’s something strangely inevitable about the album arriving just in time for summer: it’s sun-drenched, resonating those luminous dog days. And, like it’s predecessor, it’s synth-led and peppered with feel-good pop hooks and infectious riffs. Listening to it is like raving underwater drinking the kind of cocktail your dentist is going to yell at you about, that two in the morning time where you’re so comfortably committed to dancing, it’s become an extension of your being. A Animal is a great example of this – enough repetition to lull you into disco bliss with its addictive beats, but listen again and you’re realise it’s layered up with complex instrumentals.

Cannonball opens with buzzy chords that give me A Clockwork Orange flashbacks – Alex DeLarge and his singular, villainous set of eyelashes – dramatic, elongated and seriously synth-y; but then it oozes into this fun little track that’s simultaneously blissed out and danceable. Lost parades Darricourt’s vocals at their most charismatic, velvety over all those synth jams, while Hold On is the kind of track you’d add to your workout playlist and would systematically pull you straight out of any kind of slump – it’s just so damn infectious. Nobody’s Problem wades in as a moodier closing track, still interlaced with those synth-vibes. Production throughout is insane, packaged razor-sharp and precise.

If Low Summer isn’t enough Swimwear for you, you won’t need to stomp your feet in frustration for long: Derricourt plans to bookend the season with a second EP, appropriately entitled High Summer, due for release in early 2016. We’re promised that that closing counterpart will be “a lighter, glittering collection of songs to help you sweat out those final rays of sun.” 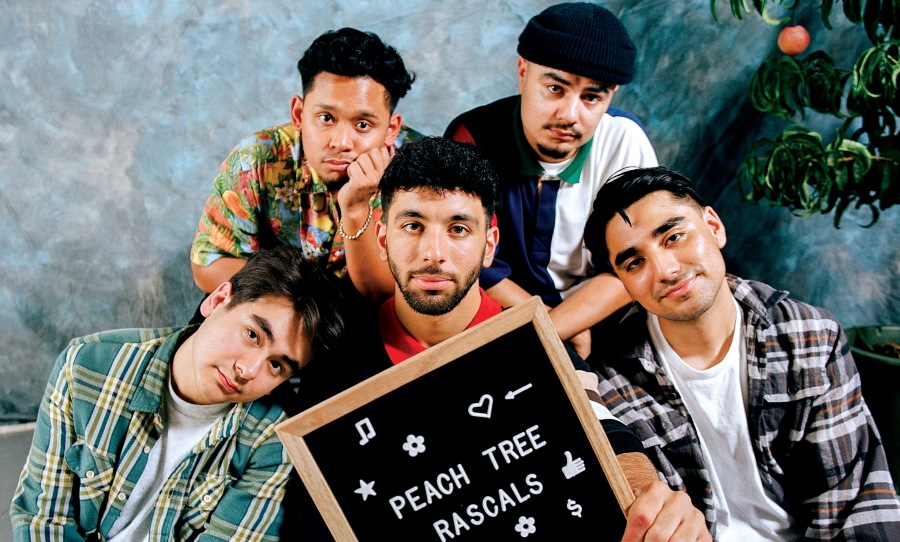 PREMIERE: The consistent echo of Glaciers' Living Right will live in your mind long after the final notes ring out