In an unusual study out of UNSW, eyes drawn on the butts of cows could save the whole African agriculture industry, proving to be a legit tactic against big cats in the region.

We are almost a quarter through the 21st century and science has made a massive break-through.

What is it, you may ask; hover-boards? Time travel? Instant pizza? Not quite. In a newly published study, scientists in Botswana have discovered that painting eyes on the rear ends of cattle might just be the future for predator prevention in the region. 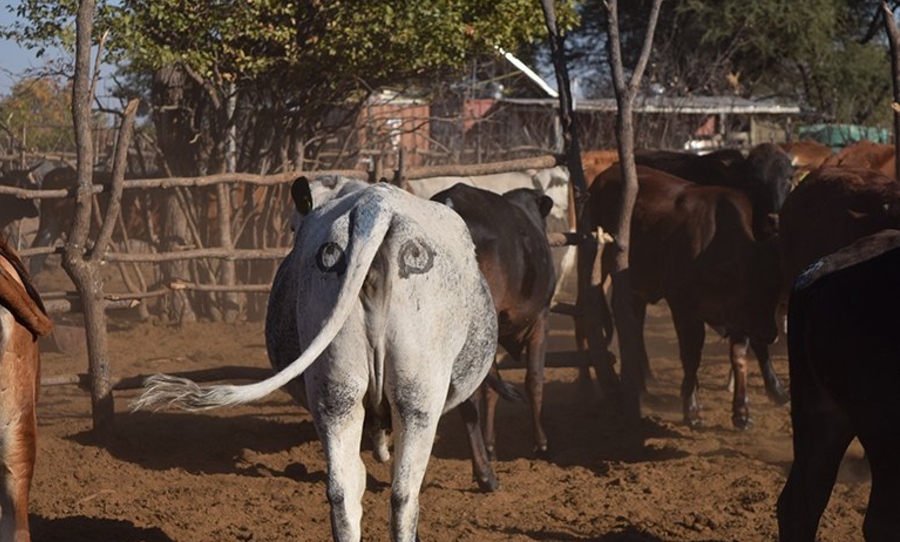 The four-year study determined that painting fake eyes on the butts of cattle could be the future for Botswana farmers, with the tactic proving to be a surprisingly effective way to scare off cow-hungry animal assailants. These animals are massive predators too – think the big cats of Africa: lions, leopards, cheetahs, hyenas  – all scared by some fake, and no offence, not all that convincing eyes.

Who even thinks of an idea like this? Imagine writing up that grant proposal.

Researchers tested out the drawn-on eyes on 14 different herds that had experienced big cat attacks. To carry it out, scientists divided the cattle into three groups. One group had the butt eyes, another was marked with a simple cross, and the last group were left alone. As you may have guessed, the major success was with the extra pair of eyes on the behind.

It worked so well that over the four-years, none of the four-eyed cows were taken at all. What’s more, the cows marked with the cross also somehow tricked the lions, with only four taken by predators, in comparison to 15 of the unmarked cows.

The researchers out of the University of New South Wales (UNSW) were inspired by ‘eyespots’ which can be seen on various species, from butterflies to birds. Basically, it’s the evolutionary phenomenon where species bear patterns that look like eyes which signal to incoming predators that they are being watched and deter them from attacking.

Common Buckeye, showing off its eyespots while feeding on a coneflower on Randall’s Island this afternoon. pic.twitter.com/GWnbERhx9f

It’s not unlike the old Aussie tactic of putting sunglasses on the black of your head to make magpies think you’re watching them so they don’t come and peck at your head.

to anyone who secretly stalks me and see’s me with sunglasses on the back of my head.. its for protection.. from the magpies

Anyway, apparently the researchers weren’t too confident that the fake eyes would even work. This is predominantly because the whole eye spotting mimicry thing had never even occurred in mammals before. However, it seems that eyespots do work just as well on mammals.

Not only will these findings help save the lives of cows, but they could also save lions in the region who are often shot by farmers protecting their cattle – an occurrence which currently poses the biggest threat to the species.

“Lions are ambush predators that rely on stalking,” explained joint UNSW Science and Taronga Western Plains Zoo researcher Dr Neil Jordan in a statement. “Therefore the element of surprise, so being seen by their prey can lead to them abandoning the hunt.”

« Don’t eat me, my bum is watching you! » Painting eyes on cows’ bum prevent them to be predated by lions and solve human- wildlife conflict! How COOL is that ???! https://t.co/tzHf1WmXGp